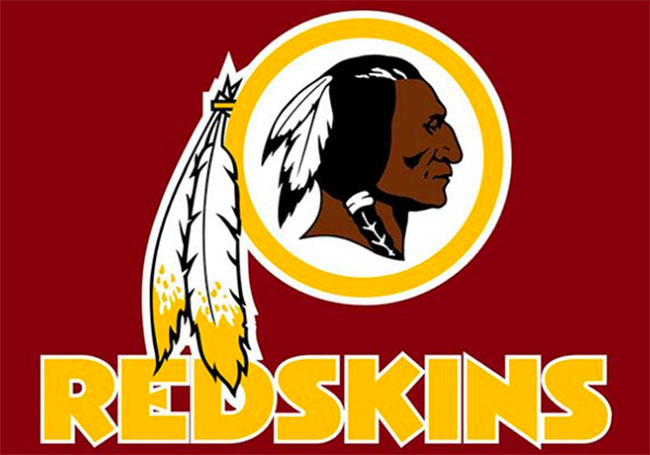 “Everyone was pretty upset (about the change). Everyone understood the name change. We were all on board with that. Once they weren’t going to use the logo, it was hard. It takes away from the Native Americans. When I see that logo, I take pride in it. You look at the depiction of the Redskins logo and it’s of a true Native American. I always felt it was representing my people. That’s not gone.”

“The Native Americans were forgotten people. That logo lets people know these people exist. If it were changed and it removed any derogatory feelings toward any person, then I think it’s a win. I don’t want that logo to be associated in a negative way, ever.”

The Washington Redskins submitted to public pressure from the left on Monday by announcing that it would indeed be changing its name.

“Today, we are announcing that we will be retiring the Redskins name and logo upon completion of this review,” the NFL team said in a statement. “[Team owner] Dan Snyder and Coach [Ron] Rivera are working closely to develop a new name and design approach that will enhance the standing of our proud, tradition rich franchise and inspire our sponsors, fans and community for the next 100 years.”

A new name for the team will be announced at a later date.

This is a prime example of the PC-obsessed left acting too soon before they think through what they are doing. They were so obsessed with ridding the Redskins of its “offensive” name that they did not even stop to think about the Native Americans who have taken pride in the team and the logo for decades.

In the end, all the left has accomplished here is erasing the legacy of a Native American family. If that’s not “offensive,” I don’t know what is.

The Kick Them All Out Project
https://kickthemallout.com/article.php/Native_American_Son_of_Redskins_Logo_Designer_Speaks_Out_Against_Rebrand