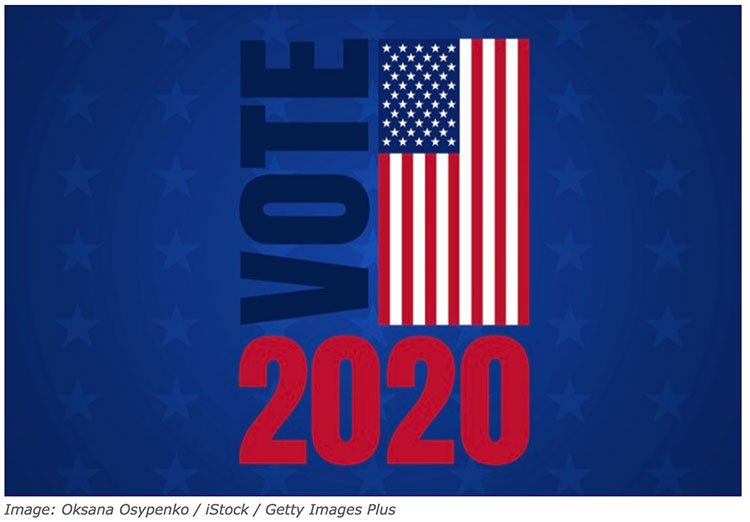 Imagine it was more than a week after the tax filing deadline, and your accountant still couldn’t tell you how much money your business grossed and netted the previous year. In light of his struggle producing an accurate and trustworthy result, would you be confident that he ever could do so? You might rather assume there was something wrong with the accountant, your system, or both.

More than a week after election day, we still have states counting votes — in history’s most powerful and ostensibly most advanced civilization. In contrast, Ohio delivered its results around midnight on election day, four and a half hours after polls closed.

Is it coincidence, then, that Ohio not only bucked other Rust Belt results by going for Trump, but that it did so by more than eight points?

If the testimonial of election worker Gabriel Williams is any indication, perhaps not. He attributes the Buckeye State’s apparently more reliable and more fraud-free electoral result to its new SAFE (Secure, Accurate, Fair, Efficient) voting system. He also calls the way in which we hold our national elections “ridiculous and inexcusable.”

He can say that again. Ohio has 11.69 million people, somewhat more than Michigan, somewhat less than Pennsylvania. “We had the same problems other states face with mail-in and absentee ballots and their prompt delivery,” Williams also relates, writing at American Thinker. “We had the same issues with large voter turnouts.”

Moreover, because Ohio governor Mike DeWine “is indistinguishable from Michigan governor Gretchen Whitmer right now, we have the same COVID-related difficulties that Democrat strongholds claim to be laboring under,” he continues. “Ohio processed (according to the current numbers listed in the MSN state tracker) about 5,678,149 votes, which is closely comparable to (but higher than) the numbers stalled-count Michigan is currently reporting at 5,435,173.”

Yet Michigan and Pennsylvania — and even Nevada, which has less than one-fourth as many votes to count as Ohio — are still calculating results. This brings us to the oft-ignored point: If you have to, for days upon days, count and count and count and count, we can’t count on you. For whatever the reality and magnitude of vote fraud, there’s no reason to feel assured that such a result is valid (more on this later).

The voter arrives and is directed to a check-in station, consisting of an iPad and a thermal printer.  Just before polls open, the iPads are loaded with the most recent, up-to-date voter registration information from thumb drives, delivered under seal, from the local Board of Elections.  The voter presents his driver’s license, which is scanned, and the information about the voter is presented on screen to the poll worker, who then verifies the voter by asking him to verify his name and address.  The system displays a digital image of the voter’s signature for comparison.  The voter is asked if he prefers a manual (traditional paper) ballot or the SAFE digital ballot.  If the voter information shows that the voter requested an absentee ballot, he is given a provisional ballot to ensure that he cannot vote twice.

Williams points out that “the check-and-balance part of the system” is a paper ballot that’s printed out for the voter’s inspection; he later deposits it in a locked ballot box, and it and “the thumb drive data should exactly match, and there should not be a record of one without the other,” Williams further informs. If interested, you can read more details in his article here.

This said, while I’m no election security expert, I do know man’s nature. I’m thus not confident any election can be wholly secure without virtue in the people, something sorely lacking today. Yet just as how you try to minimize robbery in a high-crime area, we could institute measures that minimize moral corruption’s negative electoral effects. The point, however, is this:

We’re not even really trying.

Author Steve Matteucci made this point Monday, writing that the following handful of questions, which should be asked of Democrats, tells the tale:

1. Before you mailed out unsolicited ballots across your county or state, did you purge your voter rolls? Can you prove that ballots were only sent to eligible voters?

2. What procedure did you use to verify the address of each voter? Can you prove that the voter to whom you mailed the ballot is the person who received it?

3. How did you verify the ballots? Can you prove that the person who filled out the ballot is the same person to whom it was mailed?

4. In states that allow ballot harvesting, what safeguards do you have in place to ensure these ballots were not altered? Can you provide a chain of custody that proves no votes were tampered with?

5. In states that do not require an ID for in-person voting, how do you ensure that the person voting is an eligible, registered voter? Can you prove that every person to whom you handed a ballot was who they said they were?

“Why should anyone accept the results of an election when those responsible for the integrity of the election are not even asked these questions, let alone forced to answer them?” Matteucci then writes. Of course, we shouldn’t.

After all, it follows that if your system made theft easy to perpetrate, hard to solve, and penalties light, you’d have a lot of theft. This is true of any crime, including vote fraud — and the main limiting factor would then only be people’s inclination to commit the trespass.

And does anyone really think the inclination to commit vote fraud, especially among those willing to attack political opponents, is slight?

Frankly, our election processes generally stink, with Democrat states often run like banana republics. But assuming Ohio’s system is all it’s cracked up to be, there’s a reason Democrats haven’t made it the norm: They don’t want to.

The lack of election integrity is as much a feature as a bug, desired by low-integrity people who can only win elections whose rules reflect their character.

Trackback URL for this entry: https://kickthemallout.com/trackback.php/Is_the_New_SAFE_Voting_System_the_Reason_Trump_Won_Ohio_by_Eight_Points