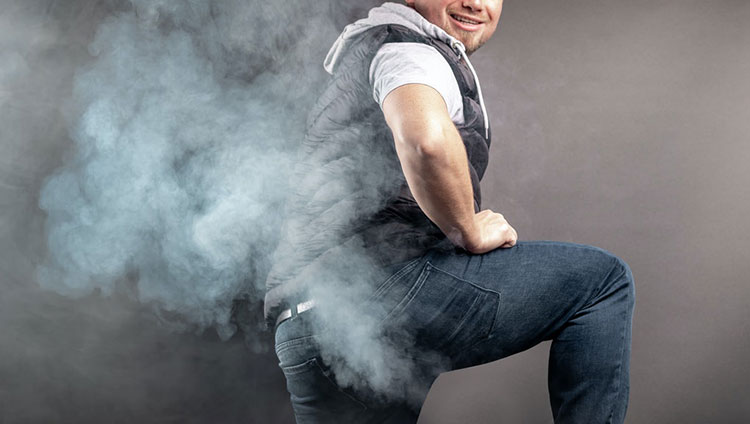 My business partner was on an American Airlines flight recently and fell asleep during the trip. When he woke up the passenger in the adjacent seat was glaring at him and upbraided my friend because his mask had fallen below his nose during his slumber.

My friend and workmate said nothing. He stood up. Grabbed his briefcase from the overhead and took out a small spray bottle. It contained a raspberry-scented liquid. He sprayed it and asked the mask Nazi, “Can you smell that?”

The man replied, “yes, I smell raspberries.” My friend then pointed out to his clueless seatmate that the droplets in the spray were much larger than a Covid-19 virus. My clever buddy said the following:

If you are smelling raspberries then the mask is not preventing air particles with those molecules from penetrating your mask and entering your respiratory system. In other words, the mask is a joke and you are delusional. Mind your own business.

As I thought about this I suddenly realized that underwear and trousers are comparable to a conventional cloth face mask. Have you ever been near someone who committed the act of flatulence? Most times those incidents are most unpleasant and the noxious aroma stings your nose, pollutes your palate, and makes your eyes water.

If a derriere mask cannot block methane gas, why do so many educated people embrace the unscientific religion that masks stop airborne viruses?

Trackback URL for this entry: https://kickthemallout.com/trackback.php/If_Masks_Really_Worked_to_Prevent_COVID-19_You_Would_Not_Be_Able_To_Smell_Farts_While_Wearing_One