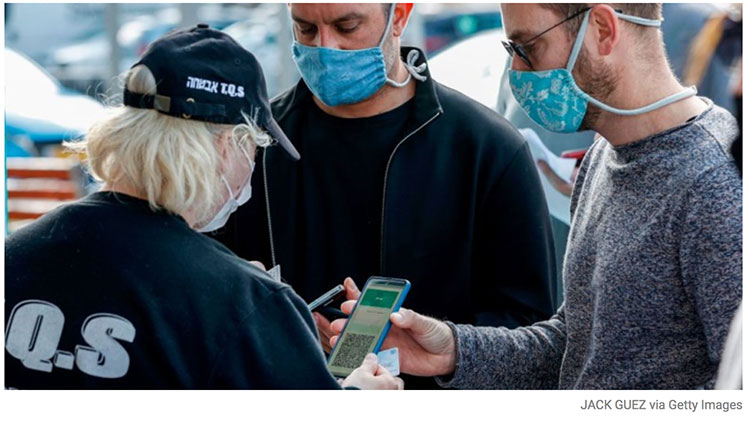 Unaware that he was on a hot mic and being broadcast live on a TV station, Israeli health minister Nitzan Horowitz admitted that vaccine passports were primarily about coercing skeptical people to get the vaccine.

“Imposing “green pass” rules on certain venues is needed only to pressure members of the public to get vaccinated, and not for medical reasons, Israeli Health Minister Nitzan Horowitz said on Sunday, ahead of the weekly Cabinet meeting,” reports Jewish News Syndicate.

Unaware that his words were being broadcast live to the nation on Channel 12, Horowitz told Interior Minister Ayelet Shaked that not only should the green pass be removed as a requirement to dine at outdoor restaurants, but also, “For swimming pools, too, not just in restaurants.”

“Epidemiologically, it’s true,” said Horowitz, adding, “The thing is, I’m telling you, our problem is people who don’t get vaccinated. We need [to influence] them a bit; otherwise, we won’t get out of this [pandemic situation].”

The health minister went on to acknowledge that the system wasn’t even being enforced in most venues.

NEW - Israeli Ministry of Health (right) recorded saying to the Minister of Interior (left) "there is no medical or epidemiological justification for the Covid passport, it is only intended to pressure the unvaccinated to vaccinate".pic.twitter.com/c3oAOpZdEE

“There is a kind of universality to the ‘green pass’ system, other than at malls, where I think it should be imposed, [because] now it’s clear that it applies nowhere,” he said.

Israel was once lauded for its successful vaccine rollout and the speed with which it introduced vaccine passports.

The green pass was heralded as an “early vision of how we leave lockdown.” However, the country recently reported its highest ever number of daily COVID cases, with nearly 11,000 infections being recorded.

Although the early threat that the unvaccinated would be banned from entering numerous public venues convinced many younger people to get the vaccine, once it rolled out, the ‘green pass’ system was rarely even enforced and was subsequently scrapped at the end of May.

The Kick Them All Out Project
https://kickthemallout.com/article.php/Hot_Mic_Catches_Israeli_Health_Minister_Admitting_Vaccine_Passports_Are_About_Coercion