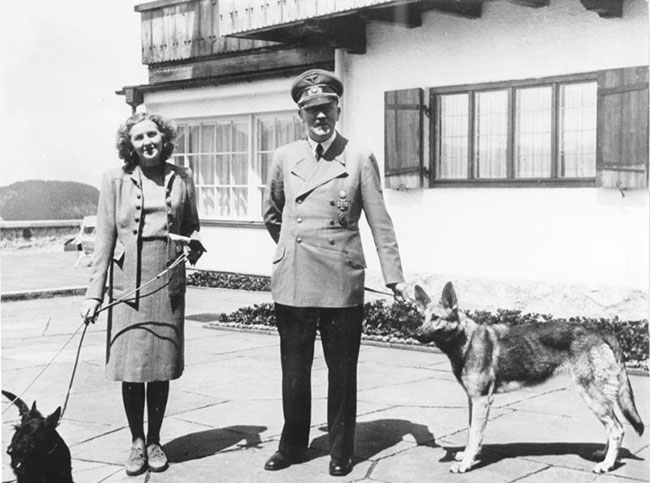 Hitler was duly elected by the German people, right? That is what we’ve all been told, anyway. The truth, however, is something else entirely and it is very relevant to present-day America. Hitler and his National Socialists were elected in 1933 because for a full decade prior they have been instituting an ever increasing campaign of intimidation against political opponents at every level from local councils, to states, to the federal government and the judiciary. Hitler, the prototypical post-industrial revolution bully, perfected, perhaps even invented, the bully’s quintessential tool of getawaywithit-ism. This tool, like all effective tools, is very simple and easy to use. All you need to do is find out, via incremental steps, just how much you can get away with.

The Hi-Tech Traditionalist: The Democratic Party Today Exhibits All The Characteristics Of The National Socialists In Germany In The Late 1920’s

Stand on a busy street intersection in Munich with a sign that says ”Juden Raus!” (Jews out!). The local cop pays you no mind. It’s not his jurisdiction to deal with politics and the Weimar Republic has a liberal constitution that supports free speech so no crime has been committed, and maybe he thinks that yea, Jews SHOULD get out. Regular citizens hurry along their daily affairs; who wants to get involved and the guy with the sign looks like a thug. So you got away with that one. Next paint the Star of David on a few Jewish-owned businesses on your block. Now you’ve vandalized private property and committed a crime. Will the owners file a complaint? Will the cops do anything about it? Easier to just send the shop boy with a mop to clean up. Now you break the window. A complaint is filed. After a night in lockup you’re out drinking beer with your buddies. The Jewish shop keeper who filed the complaint is beaten to within an inch of his life. “Another case of attempted robbery”, says the police. The next shop you vandalize quietly pays for repairs. 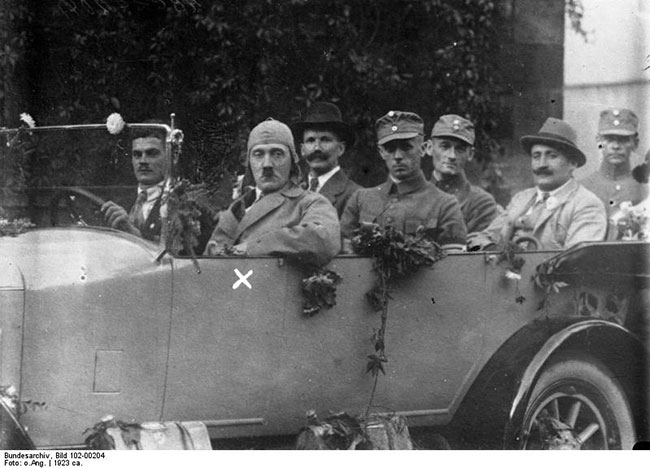 It took ten years or so, but by the time the early 1930’s rolled around, nobody wanted to run against Hitler and his thugs. The risk was too great. That is why nearly all Germans who were adults in the 1920’s and 1930’s are complicit in Hitler’s crimes; they first allowed themselves to be intimidated, then morally compromised, and finally they succumbed to the fake and bigoted allure of the thousand-year Third Reich of global German dominance. That is why American military commanders, upon seeing the horrors of the death camps on German soil, forced the local German townsfolk to clean up the mess, burry the bodies, burn the thousands of lice-infected rags worn by the prisoners, witness what they, through action or inaction have wrought.

What about the diners at Fiola restaurant in DC the night, just a few days ago, when a sitting US Senator, Ted Cruz and his wife were accosted and intimidated by a fascist mob? Who among them did as much as leave their own table and come over to stand by Mr. and Mrs. Cruz in silent opposition to fascist thuggery? What about the manager on duty? Has he or she intervened to maintain order in the establishment? Wasn’t it their job to ensure that all diners had a pleasant experience? Where is the ownership of the restaurant? Have they issued a statement condemning the use of their establishment for the intimidation of their own paying customers and patrons? Has anyone, ANYONE in the media including Fox News and other “right wing” and “freedom-loving” outlets asked these questions? Of course not. Most of the media in America is now outright fascist. It’s simply a fact. The rest, with very few exceptions, exceptions that are not even widely recognized as “media” and are treated as fringe cooks, is a bunch of cowards. They, like the Germans in the 1920’s, shake their heads and tsk-tsk their tongues and make up flimsy excuses such as the constitutional right to free speech.
The Constitution grants no one the right to disrupt other people’s lawful enjoyment of a meal at the venue of their choice. You have no right to talk loudly at Lincoln Center during a concert. Your right of free speech does not override anyone else’s right to conduct their business and their lives as they see fit. There is no excuse, none whatsoever, for the disgraceful lack of action on the part of any one of us to counter the Nazification of America. The Constitution was written for a morally just and courageous people. It simply does not work for a bunch of sniveling cowards infected with a slave mentality, the hear nothing, say nothing, do nothing as long as my own trough is full mentality that seems so prevalent in America today. The Founding Fathers must have had tremendous faith in their constituents and countrymen to enact such a document as the American Constitution. “If you can keep it”, said the oldest of them, Benjamin Franklin. He knew what he was talking about. 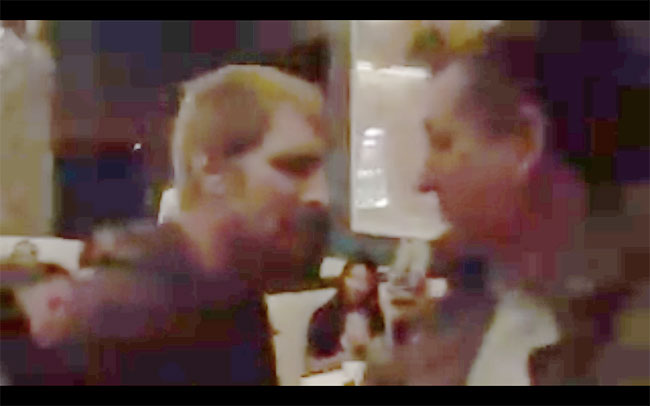 Americans today are faced with a global fascist movement the likes of which has never existed in the world, not even in the period, between 1920 and 1945 when governments like the Italian, Spanish, and German ones openly declared themselves to be fascist. The Globalist fascism of today is better funded and far more insidious than anything that came before. It has taken itself out of the real world, the world of nations and governments and parliaments and courthouses and built for itself a virtual fortress inside the silicon computer chips that are now in our cars, our refrigerators, next to our skin, in our ears, and in front of our eyes.

The power of the bully does not lie only in intimidating and enslaving the sheep; it is only fully complete when offering unlimited power to the wolves. Kim Dotcom has recently commented that the tech moguls today have grown tired of their toys; their smart mansions, their yachts, their jets. They want power, they crave control over people’s destinies, they want to be slave masters on a global scale. Political power in America is won through kissing babies and eating corndogs and is temporary and limited by design. As Mark Zuckerberg recently found out, this is not the tech moguls’ thing. They want power on their terms and they want all of it, forever. Only Globalist fascism can deliver to them what they crave.

Karl Marx famously called religion “opium for the people”. He saw in organized religion, in his day various forms of Christianity, a means of control by the elite classes over the proletariat. In this, like in the rest of his analyses, he perverted the truth. Christianity, like Judaism, does encourage obedience to lawfully constituted authorities as essential to keeping at bay anarchy and mayhem, both of which are incommensurate with life itself. Crucially, Judeo-Christian tradition balances deference to authority with the view that each individual human being is an entity possessed of an immortal soul, created by God in his image, and thus not dependent on or beholden to any temporal power. Obeying the laws of Caesar, we enable a lawful, functioning society. In the privacy of our own homes we are free individual beings who are slaves to no man. 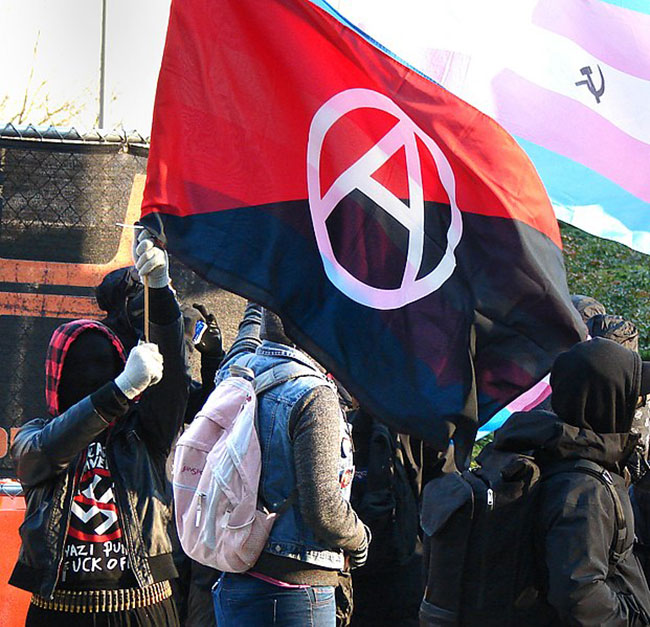 Fascists, communists, and the new-vintage Globalist fascists have no interest in and no use for people who believe themselves to possess immortal souls and unalienable rights. They need a religion that is a true opiate, a religion that keeps everyone in their place, occupying their every waking moment with nothing but obedience to the powers that be. In their search for such a religion globalist fascists have tried a few newfangled approaches; consumerism, fake Buddhism and Hinduism (Hari Krishna anyone?), Marin County new-ageism founded on facile platitudes and weed; none have worked as well as advertised. It takes more than a made in Bangladesh $3 tee-shirt at Walmart to enslave a free human being. This caught our masters by surprise, so on they went to Plan B.

If Western people, even after their faith in God has been ripped away by generations of godless public schooling refuse to be enslaved, they will simply do away with us by making it next to impossible to maintain stable families that are the necessary condition for raising children. They will make it so that both potential parents have to work full-time at high-paying jobs to simply hang on to the standard of living they were used to growing up. They will destroy education in high-paying trades and replace it with useless indoctrination in globalist dogma deep into adulthood. They will make every means of preventing pregnancies free and widely available and should that not be enough they will make the killing of unborn babies not only legal and free, but also morally justified and even fun.

In this they succeeded. Everywhere but in Israel, people who belong to the Judeo-Christian tradition are dying off, barely clinging to 50% of the average births per woman needed for population level maintenance. But we are not dying off quickly enough. In some pockets, like in the American heartland, in Eastern Europe, and in Israel we are showing signs of resistance, even threatening to use our elected politicians to besiege the globalist fascists’ silicone stronghold and apply to them the tools so successfully used against their predecessors in the rusty old industries of the 19th and 20th centuries. Plan C, here we come. 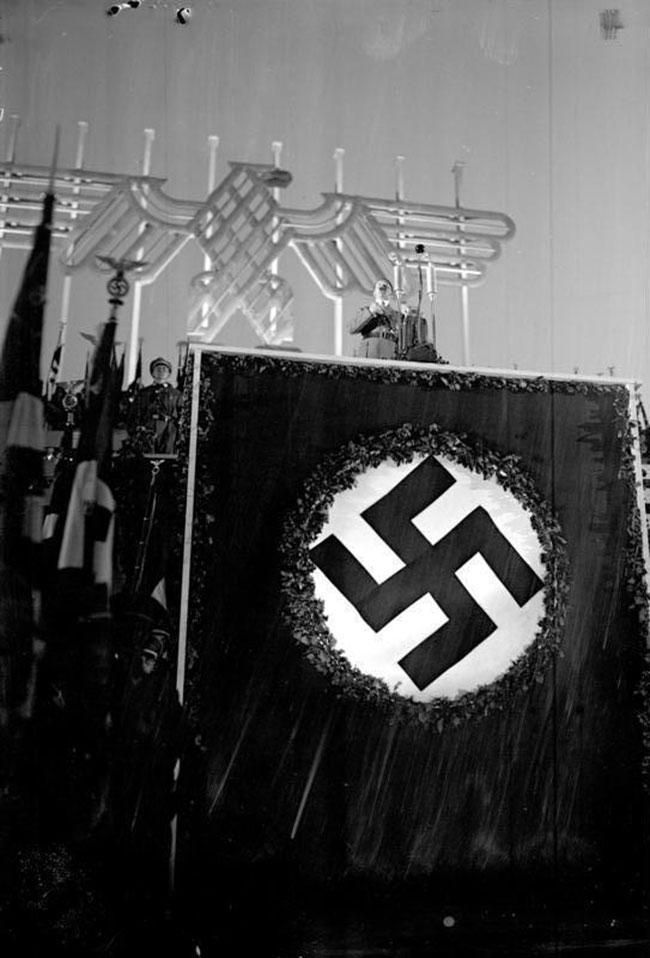 If your own population has been inoculated against slavery by two thousand years of religious and philosophical tradition of individual freedom, why not dilute them by an influx of people who have been enslaved by the perverted half-sibling of that tradition, the slave religion of Islam. The very name Islam means submission, acceptance, pacification. Islam tells you that resistance is futile. It’s the religion of the hive mind. If the Borg had a religion, it would have been Islam. Islam teaches us to accept our station in life, and for most of us it’s the station of slaves. If we resist this “teaching”, we will be forced to accept it, by any means necessary, including every kind of cruel and unusual punishment. The people who are now imported by the millions into the bastions of Western civilization in North America and Western Europe have been literally enslaved by Islam for more than ten centuries. They have never experienced life as free people and neither have their forefathers. They have neither the understanding of democratic processes nor the capacity of acting in their framework as empowered individuals. As such, they act, amoeba-like, to avoid immediate harm and to gain immediate sustenance. This makes them the perfect fodder for globalist manipulators, adept at offering both scare tactics and just enough sustenance to ensure they vote their way.

Those of us who stand on the shoulders of generations of ancestors who were free, who knew themselves to be endowed by the divine spirit, who sacrificed so much to give us what we now take for granted, let us not betray their trust like the German people have done to their everlasting shame. Let us stand up for our values, let us confront the fascists and their stooges. Let us not allow ourselves to be run out of our restaurants, or soon we will be run out of our homes. Let us, like the generations before us, put Mr. Franklin’s doubts to rest. The time is now. Tomorrow will be too late.

Trackback URL for this entry: https://kickthemallout.com/trackback.php/Hi-Tech_Traditionalist-Silence_In_The_Face_of_Leftist_Thuggery_Was_Just_As_Bad_In_Early_1930s_Germany