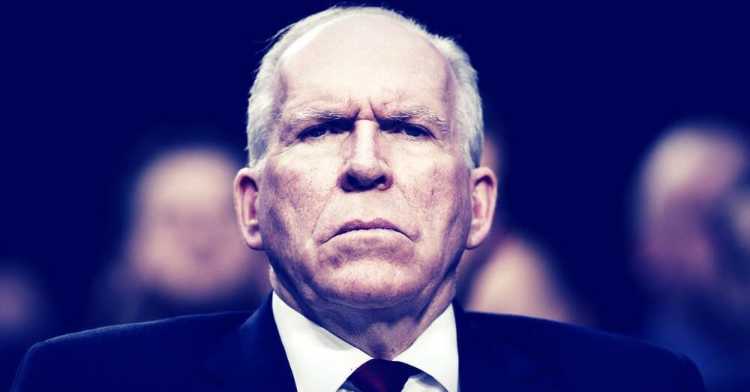 Brennan Briefed Obama in July of 2016 That The Russia Collusion Hoax
Was A Political Dirty Trick Hatched by HILLARY! 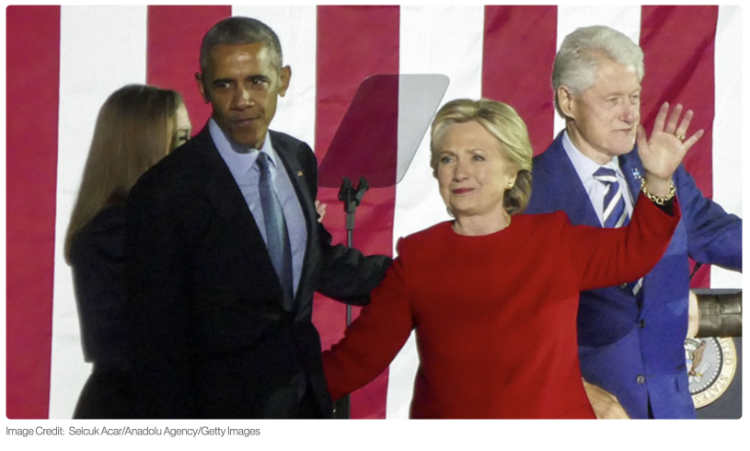 Director of National Intelligence John Ratcliffe declassified a set of memos revealing more information about Hillary Clinton’s “plan” to create the phony Russian collusion narrative to politically damage Donald Trump as “a means of distracting the public from her use of a private email server.”

“We’re getting additional insight into Russian activities from [REDACTED],” Brennan notes read. “CITE [summarizing] alleged approved by Hillary Clinton a proposal from one of her foreign policy advisers to vilify Donald Trump by stirring up a scandal claiming interference by the Russian security service.”

Ratcliffe also declassified a heavily-redacted CIA memo showing the agency referred the matter of Clinton’s scheme to frame Trump to the FBI.

“The following information is provided for the exclusive use of your bureau for background investigative action or lead purposes as appropriate,” the memo to then-FBI Director James Comey and Deputy Assistant Director of the Counter Intelligence Division Peter Strzok stated.

“This memorandum contains sensitive information that could be source revealing. It should be handled with particular attention to compartmentation and need-to-know. To avoid the possible compromise of the source, any investigative action taken in response to the information below should be coordinated in advance with Chief Counterintelligence Mission Center, Legal,” the memo, which was sent to Comey and Strzok, read. “It may not be used in any legal proceeding—including FISA applications—without prior approval…”

“Per FBI verbal request, CIA provides the below examples of information the CROSSFIRE HURRICANE fusion cell has gleaned to date,” the memo continued.

These two declassifications are notable because Hillary Clinton’s spokesperson Nick Merrill called the allegations that she plotted to frame Trump with the Russian collusion hoax “baseless bullshit” after Ratcliffe announced he was declassifying items proving the affirmative.

“You don’t remember getting an investigatory lead from the intelligence community? Sept. 7, 2016, U.S. intelligence officials forwarded an investigative referral to James Comey and Strzok regarding Clinton’s approval of a plan [about] Trump…as a means of distraction?” Sen. Lindsey Graham asked Comey.

“That doesn’t ring any bells with me,” Comey replied.

Trackback URL for this entry: https://kickthemallout.com/trackback.php/DNI_Ratcliffe_Declassifies_Brennans_Notes_Proving_Obama_Briefed_on_Hillary_Clintons_Russia_Collusion_Plot_Against_Trump