Dr. Thomas Cowan, M. D. says that Corona Virus maybe history repeating itself caused by 5G. Cowan said viruses are an excretion of a toxic cells and they are pieces of DNA or RNA with a few of other proteins they bolt out.

A New York National Guardsman and a medical professional both told O’Keefe the media is making the virus out to be worse than it actually is.

In the first encounter, O’Keefe asked, “What about the situation itself. Is it as bad as–the media is saying? The whole pandemic?”

“So, it’s not as bad as the media’s saying?” O’Keefe reiterated.

“No. I’m in the tents with them. I’m doing all this shit and I’m not getting sick, I’m good,” the National Guardsman answered.

O’Keefe also asked a medical professional at the testing site if the media is accurately reporting on the situation.

“Is it as bad as people are saying?” he asked.

“No,” the medical worker replied, waving his hands back and forth and adding, “We just wanna be precautious.”

O’Keefe did emphasize that these were not his words, but the words of a New York National Guardsman, who was presumably briefed on the situation by his chain of command. 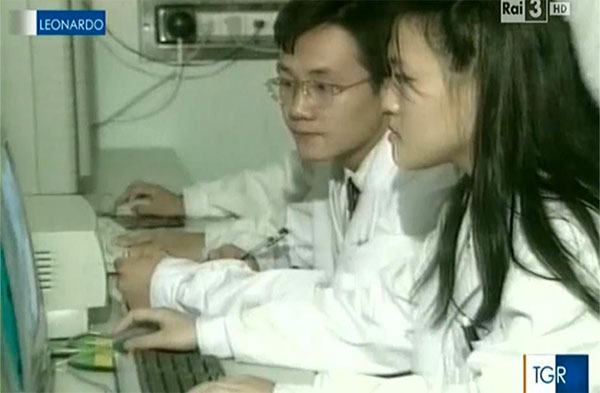 The video, which was broadcast in November, 2015, showed how Chinese scientists were doing biological experiments on a SARS connected virus believed to be Coronavirus derived from bats and mice

The video, which was broadcast in November, 2015, showed how Chinese scientists were doing biological experiments on a SARS connected virus believed to be Coronavirus, derived from bats and mice, asking whether it was worth the risk in order to be able to modify the virus for compatibility with human organisms.

Below is a transcription of the Italian broadcast translated in English…

Chinese scientists have created a pulmonary supervirus from bats and mice only for study reasons but there are many questionable aspects to this. Is it worth the risk? It’s an experiment, of course, but it is worrisome. It worries many scientists: It is a group of Chinese researchers attaching a protein taken from bats to the SARS virus, Acute Pneumonia, derived from mice. The output is a super coronavirus that could affect man. It remains closed in laboratories and it is only for study purposes, but is it worth the risk – creating such a great threat only for examination purposes?

The debate about the risks of research is as old as science itself. Like the myth of Icarus, who plunged from the Sky and perished in the sea, having gone too close to the Sun with the wings of wax designed by his father!

Here is an experiment in China, in which a group of scientists has managed to develop a chimera – an organism modified by attaching the surface protein of a coronavirus found in bats of the common species called the Great Horseshoe Bat, to a virus that causes SARS in mice, although in a non-fatal form. It was suspected that the protein could make the chimeric hybrid organism suitable for affecting humans, and the experiment confirmed it. 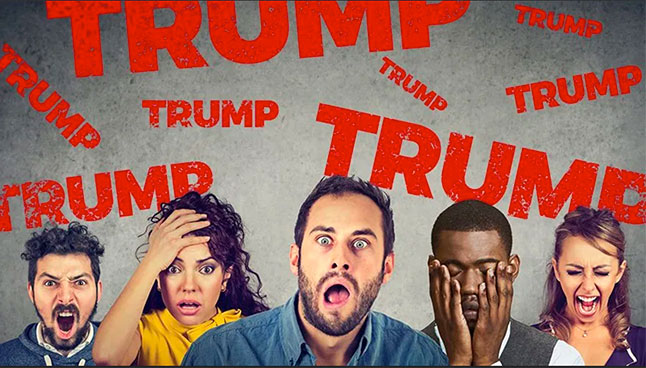 What are the Democrat governors in Nevada and Michigan going to do now? – The Food and Drug Administration issued an emergency use authorization on Sunday, approving hydroxycholoroquine and chloroquine for use in treating the Wuhan Virus, COVID-19, after numerous successful studies and test cases emerged over the past three weeks.

Democrat politicians and corrupt media outlets who are hoping this crisis lasts as long as possible in order to damage President Trump have been despicably down-playing the use of this safe, well-known, inexpensive and plentiful malaria treatment for the past two weeks. Two Democrat hack governors – Steve Sisolak in Nevada and the Soros stooge Gretchen Whitmer in Michigan – are so depraved that they actually issued orders last week to prevent the use of this effective treatment for their own citizens, in what can fairly be described as an active effort to enhance the body count.

UPDATE: GatewayPundit is reporting this morning that the Nevada Chief Medical Officer who recommended the ban to Sisolak doesn’t even have a license to practice medicine. Unreal:

Governor Sisolak’s Chief Medical Officer of Nevada is named Ihsan Azzam and he is the one who advised Gov. Sisolak to make it illegal to prescribe hydroxychloroquine to COVID-19 victims.

But as reported in the Washington Times in 2018 — Ihsan Azzam does not have a license to practice medicine in the United States and yet he is dictating public health policy in Nevada!

The corrupt Democrat activists at Politico were so upset with the FDA action that the first paragraph of the story they ran on it Sunday night read as follows:

The Food and Drug Administration on Sunday issued an emergency use authorization for hydroxychloroquine and chloroquine, decades-old malaria drugs championed by President Donald Trump for coronavirus treatment despite scant evidence.

Michael Levitt, a Stanford biophysicist who was awarded the Nobel Prize in Chemistry in 2013, has made a bold statement that the end of COVID-19 pandemic could be near and has cited China's curve flattening to support his hypothesis, reported the Los Angeles Times.

Levitt is now predicting a curve flattening in infections could be around the corner for the US as strict social distancing measures are being implemented across major metro areas.

"What we need is to control the panic," he said. In the grand scheme, "we're going to be fine."

Levitt accurately forecasted the deceleration in confirmed cases and deaths in early February in China. He said the initial infection rate in China's Hubei province was 30% per day, but on February 7, something changed:

"The number of new infections started to drop linearly and did not stop," Levitt said. "A week later, the same happened with the number of deaths. This dramatic change in the curve marked the median point and enabled better prediction of when the pandemic will end. Based on that, I concluded that the situation in all of China would improve within two weeks. And, indeed, now there are very few new infection cases."

Levitt reviewed data from 78 countries that reported more than 50 new confirmed cases of the virus per day and said he notices deceleration in many of these countries. He said he's not focused on overall cases or deaths but rather on growth rates:

"Numbers are still noisy, but there are clear signs of slowed growth."

He said in South Korea, confirmed cases are still being reported daily, though, in recent weeks, new cases per day have inched below 200, suggesting the outbreak is slowing.

Levitt said recent trends in confirmed cases in Iran point to a slowdown. He said it suggests the outbreak there "is past the halfway mark."

Italy is still in an acceleration period, he noted. Cases and deaths have been exponential in the last several weeks. However, 15 days since the countrywide lockdown began, it appears the halfway point could be nearing, as per the chart shown below by Nordea:

Levitt has gone on the record to say that the virus outbreak could disappear from China by the end of March. 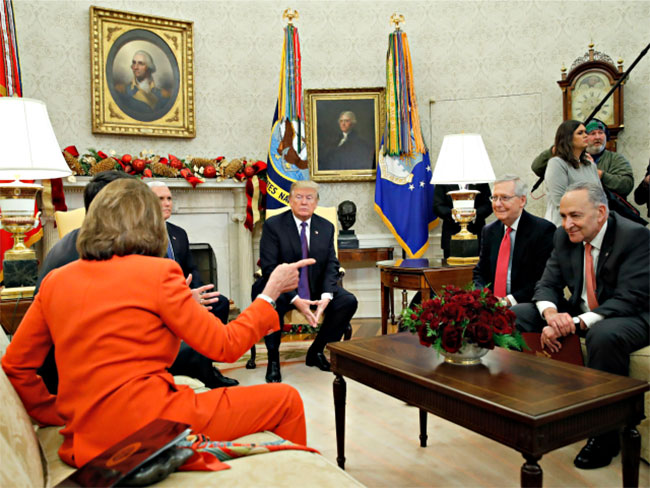 By Joel B. Pollak
Breitbart.com

President Donald Trump and Congress reached a deal on the terms for a $2 trillion emergency relief bill to address the economic impact of the ongoing coronavirus outbreak, early in the morning on Wednesday.

Lawmakers and the Trump administration reached an agreement on a nearly $2 trillion coronavirus emergency rescue package, a move intended to assist businesses and millions of Americans amid an unprecedented halt in the economy.

The announcement caps five days of tense negotiations between senators and the White House. Both the Senate and House still need to approve the bill before sending it to President Donald Trump for his signature.

The president had sounded an optimistic tone in his briefing for reporters at the White House on Tuesday evening, though Republicans had been scathing in their criticism of Democrats for blocking Senate passage of a relief bill that had been agreed to by the two parties on Sunday.

The Senator from Louisiana took no prisoners when he spoke about the proposed measure meant to provide aid for people out of work due to coronavirus.

Over the last number of days, I have spoken with a great many people in and out of government. Democrat, Republican, liberal, conservative, young, and old.

Including doctors and nurses.

To a person, they are scared and want control of their lives back. Their daily routines, their livelihoods, their life savings, their futures, the welfare of their children, and their mental health are not being negatively affected or even destroyed by the effects of the coronavirus, but rather by the decisions of a handful of elected officials.

At what point do “We the People” have a say in our own fate?

The question a number of these now angry, frightened, and ever terrorized Americans are now asking is: “What if we simply let the coronavirus run its course? Might that ultimately be better than destroying small businesses, corporations, millions of American jobs, life savings, our national structure, and our mental wellbeing?”

I offer up those questions as one in the “High Risk” category.

WE CANNOT LET THE CURE BE WORSE THAN THE PROBLEM ITSELF. AT THE END OF THE 15 DAY PERIOD, WE WILL MAKE A DECISION AS TO WHICH WAY WE WANT TO GO!

As I write this, the total number of cases of the COVID-19 is still a minute fraction of the Swine flu pandemic which hit our nation and the world in 2009 and 2010. Back then, when it ran its course, the Swine flu was in 70 countries, infected approximately 1.5 billion people, and killed anywhere between 300,000 to 700,000.

Here in the United States, over 60 million were infected, approximately 300,000 hospitalized, and upwards of 18,000 Americans lost their lives.

And yet, life went on as normal.

Every day now in our media, there are breathless reports about the number of cases of COVID-19 and how many Americans have passed away. Much of that reporting is only about creating irresponsible, fear-inducing click-bait.

As I write this, approximately 35,000 Americans have tested positive and more importantly, only about 500 have died.

Compare that to the “common flu” now hitting our nation. The CDC estimates that over 31 million Americans have already gotten the flu; approximately 300,000 hospitalized; and between 12,000 to 30,000 have already died.

And yet, as with the Swine flu pandemic in 2009 – 2010, we did not shut the nation down and destroy millions of jobs and the psyches of millions more.

“For our own good,” a handful of politicians – with hopefully the best of intentions — have sent our nation into a seemingly suicidal tailspin over the COVID-19.