On January 20, the last day of the Obama administration, outgoing National Security Adviser Susan Rice stat down to write her final memo. 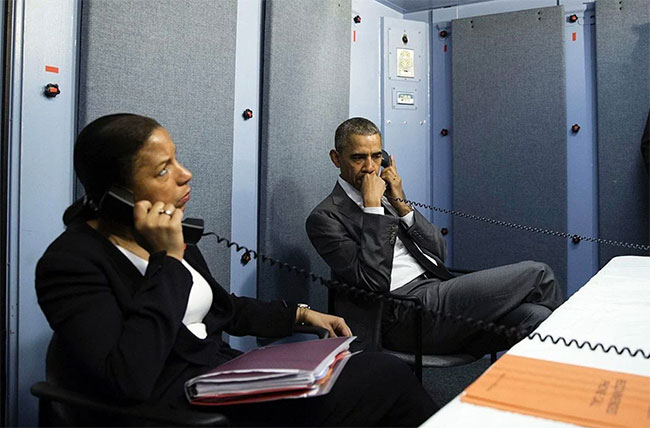 Susan Rice's bizarre Inauguration Day email about that meeting helps explain the campaign of leaks, lies, and obstruction that followed.

Information released in the Justice Department’s motion to dismiss the case it brought against Lt. Gen. Michael Flynn confirms the significance of a January 5, 2017, meeting at the Obama White House. It was at this meeting that Obama gave guidance to key officials who would be tasked with protecting his administration’s utilization of secretly funded Clinton campaign research, which alleged Trump was involved in a treasonous plot to collude with Russia, from being discovered or stopped by the incoming administration.

“President Obama said he wants to be sure that, as we engage with the incoming team, we are mindful to ascertain if there is any reason that we cannot share information fully as it relates to Russia,” National Security Advisor Susan Rice wrote in an unusual email to herself about the meeting that was also attended by Deputy Attorney General Sally Yates, FBI Director James Comey, and Vice President Joe Biden.

A clearer picture is emerging of the drastic steps that were taken to accomplish Obama’s goal in the following weeks and months. Shortly thereafter, high-level operatives began intensely leaking selective information supporting a supposed Russia-Trump conspiracy theory, the incoming National Security Advisor was ambushed, and the incoming Attorney General was forced to recuse himself from oversight of investigations of President Trump. At each major point in the operation, explosive media leaks were a key strategy in the operation to take down Trump.

Not only was information on Russia not fully shared with the incoming Trump team, as Obama directs, the leaks and ambushes made the transition chaotic, scared quality individuals away from working in the administration, made effective governance almost impossible, and materially damaged national security. When Comey was finally fired on May 9, in part for his duplicitousness regarding his handling of the Russia collusion theory, he orchestrated the launch of a Special Counsel probe that continued his efforts for another two years. That probe ended with Mueller finding no evidence of any American colluding with Russia to steal the 2016 election, much less Trump or anyone connected to him.

An analysis of the timeline from early 2017 shows a clear pattern of behavior from the federal officials running the collusion operation against the Trump campaign. It also shows how essential media leaks were to their strategy to sideline key law enforcement and intelligence officials and cripple the ability of the incoming Trump administration to run the country.

Here’s a timeline of the key moments and news articles of the efforts, per Obama’s direction, to prevent the Trump administration from learning about the FBI’s operation against it.

January 4: Following the closure of a pretextually dubious and politically motivated FBI investigation of Flynn at the beginning of January, the leadership of the FBI scrambled to reopen a case against Flynn, the man who in his role as National Security Advisor would have to review their Russia collusion investigation. FBI officials openly discussed their concern about briefing the veteran intelligence official on what they had done to the Trump campaign and transition team and what they were planning to do to the incoming Trump administration. Flynn had to be dealt with. The FBI’s top counterintelligence official would later memorialize discussions about the FBI’s attempts to “get [Flynn] fired.” No reopening was needed, they determined, when they discovered they had failed to close the previous investigation. They found this mistake “amazing” and “serendipitously good” and said “our utter incompetence actually helps us.” Even more noteworthy were texts from FBI’s #2 counterintelligence official Peter Strzok to FBI lawyer Lisa Page noting that the “7th floor,” a reference to Comey and his deputy director Andrew McCabe, was running the show.

With the release of recent transcripts and the declassification of material from within the IG report on the Carter Page FISA, there is a common misconception about why the intelligence apparatus began investigating the Trump campaign.  In this outline we hope to provide some deep source material that will explain the origin, and specifically why the those inside the Intelligence Community began using Confidential Human Sources.

During the time-frame of December 2015 through April 2016 the NSA database was being exploited by contractors within the intelligence community doing unauthorized searches. 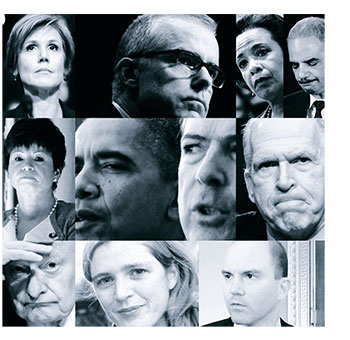 On March 9, 2016, oversight personnel doing a review of FBI system access were alerted to thousands of unauthorized search queries of specific U.S. persons within the NSA database.

Subsequently NSA Director Rogers initiated a full compliance review of the system to identify who was doing the searches; & what searches were being conducted.

On April 18, 2016, following the preliminary audit results, Director Rogers shut down all FBI contractor access to the database after he learned FISA-702 “about”(17) and “to/from”(16) search queries were being done without authorization.  Thus begins the first discovery of a much bigger background story.

When you compile the timeline with the people involved; and the specific wording of the resulting review, which was then delivered to the FISA court; and overlay the activity that was taking place in the GOP primary; what we discover is a process where the metadata collected by the NSA was being searched for political opposition research and surveillance.

Additionally, tens-of-thousands of searches were identified by the FISA court as likely extending much further than the compliance review period: “while the government reports it is unable to provide a reliable estimate of the non compliant queries since 2012, there is no apparent reason to believe the November 2015 [to] April 2016 period coincided with an unusually high error rate”.

In short, during the Obama administration the NSA database was continually used to conduct surveillance.  This is the critical point that leads to understanding the origin of “Spygate”, as it unfolded in the Spring and Summer of 2016.

It was the discovery of the database exploitation and the removal of access as a surveillance tool that created their initial problem.  Here’s how we can tell.