The Senator from Louisiana took no prisoners when he spoke about the proposed measure meant to provide aid for people out of work due to coronavirus.

This is the reason the Democrats wanted Trump impeached. They are after YOU, President Trump is just in the way.

This is the video the Democrats don't want you to WATCH.

This is the reason the Democrats wanted @realdonaldtrump impeached.

They are after YOU, President Trump is just in the way. pic.twitter.com/utG2dREVnt

Once again it turns out the reason the Dems are making up new rules and sidestepping the legitimate impeachment process (rigging the process) is to keep Republicans from being able to exercise their rights.  House Speaker Pelosi does not want to give subpoena power to House Republicans, says Fox News contributor Jason Chaffetz, former chairman of the House Oversight and Reform Committee.

At the 48th Phyllis Schlafly’s Eagle Council, we sat down with #WalkAway movement founder, Brandon Straka.

At the recent Trump rally in Cincinnati, Ohio Millie Weaver challenges some of the protesters to walk with her over to see if Trump supporters are as bad as the mainstream media says. After several attempts, Millie meets Marcos, a black American, who takes her up on the challenge. Marcos believes President Trump and his supporters are racist and that if he goes inside the event he will be attacked and told to leave. However, what ends up happening is amazing and will leave you speechless.

Fox News host Tucker Carlson questioned why Charles and David Koch are “running the Republican Party” when their views and actions differ so sharply with most ordinary Republicans.

The far-left Democrats are giving up on their collusion narrative and moving to Trump is a crook. There will be lots of vile headlines and anonymously-sourced stories saying Trump’s business dealings were dishonest. It will never end. This is the coup without end. Bill Barr is fighting, not for President Trump as Democrats claim, but for the presidency and the Constitution.

U.S. Attorney General William Barr dismissed left-wing complaints that he’s President Trump’s attorney. In an interview with the WSJ, he said Democrats have repeatedly moved the goal posts, making note of the 20 endless probes in the House. It’s unjust.

“I felt the rules were being changed to hurt Trump, and I thought it was damaging for the presidency over the long haul,” Barr told the Wall Street Journal.

It hurts the President’s ability to deal with very dangerous foreign enemies and domestic ones as well.

It is the presidency, not the president, that he is defending, Barr told The Wall Street Journal during a trip to El Salvador.

Barr says he’s fighting for the presidency because the Democrats’ nonstop obstruction of a sitting president damages the office itself.

THE PRESIDENT IS NOT CONGRESS’S ERRAND BOY

Barr emphasized that the executive branch needs to be strong and independent, and not subordinate to partisan legislators who want the president to fail.

“At every grave juncture the presidency has done what it is supposed to do, which is to provide leadership and direction,” he told the Journal. “If you destroy the presidency and make it an errand boy for Congress, we’re going to be a much weaker and more divided nation.”

BARR STANDS FOR THE CONSTITUTION, THE RULE OF LAW

In a June 2018 memo to the Justice Department, Barr warned that if Mueller found Trump’s firing of FBI Director James Comey to be obstruction it “would have potentially disastrous implications, not just for the Presidency, but for the Executive branch as a whole.”

“The Constitution places no such limit on the President’s supervisory authority,” Barr argued.

Barr has also said “spying did occur” by the FBI on the Trump campaign in 2016. He launched a review to determine if that “spying” was “properly predicated” and whether “government officials abused their power and put their thumb on the scale.”

He put a serious US Attorney on it — John Durham.

“Government power was used to spy on American citizens,” Barr told the Journal in the first part of the interview, which was published last week. “I can’t imagine any world where we wouldn’t take a look and make sure that was done properly.”

Bill Barr also interviewed with Fox News’s Bill Hemmer last week and made it clear that a review of the FBI’s handling was needed. There were too many unanswered questions and inadequate answers.

“I’ve noticed one of the talking points these days is, ‘Oh isn’t it a tragedy Barr is losing his reputation,”‘ or, ‘His legacy is being tinged because of his service in this administration,'” Barr told Fox News.

“I don’t think those people are really concerned about my legacy.”

You can watch the full 15-minute interview here: 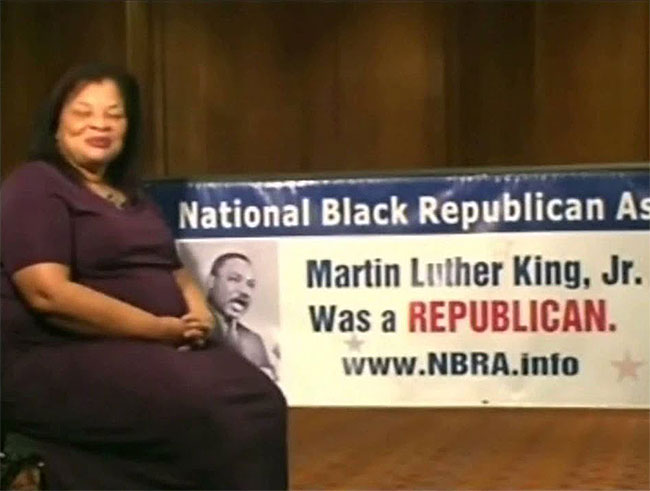 It should come as no surprise that Dr. Martin Luther King, Jr. was a Republican. In that era, almost all black Americans were Republicans. Why? From its founding in 1854 as the anti-slavery party until today, the Republican Party has championed freedom and civil rights for blacks. And as one pundit so succinctly stated, the Democrat Party is as it always has been, the party of the four S’s: slavery, secession, segregation and now socialism.

During the civil rights era of the 1960s, Dr. King was fighting the Democrats who stood in the school house doors, turned skin-burning fire hoses on blacks and let loose vicious dogs. It was Republican President Dwight Eisenhower who pushed to pass the Civil Rights Act of 1957 and sent troops to Arkansas to desegregate schools. President Eisenhower also appointed Chief Justice Earl Warren to the U.S. Supreme Court, which resulted in the 1954 Brown v. Board of Education decision ending school segregation. Much is made of Democrat President Harry Truman’s issuing an Executive Order in 1948 to desegregate the military. Not mentioned is the fact that it was Eisenhower who actually took action to effectively end segregation in the military.

Sports has a unique ability to unite our communities and our nation. Until recently, that is. How did sports get so politicized? Clay Travis, host of Outkick the Show, tackles the country’s cultural divide and its effect on our favorite pastime.