In typical fashion, this clip from back in 2017 shows Pelosi engaging in accusing her political opponents of doing precisely what she does herself, while of course totally denying she ever does such things. BUT, as she points out, using the wrap-up smear tactic "is self-evident" and boy oh boy is it self-evident the Democrats have been using this tactic on a non-stop basis!

If the video won't play please report the problem by clicking here.
There is a mind-numbing number of Fake Smears of Trump but a good example is one of the latest.  It's a totally absurd "anonymous' allegations that President Trump bashed fallen U.S. soldiers.  Anyone with more than two brain cells firing knows Trump has great respect for the military.  But that didn't stop Biden from spreading the Wrap-Up Smear!  Of course, Twitter doesn't do any fact-checking on any outrageous lies posted by Democrats.

Mr. President, if you don’t respect our troops, you can’t lead them. pic.twitter.com/hcX9hGgdm5

Once again Trucker nails the truth to the wall.  Michelle Obama is just as bad as her hubby when it comes to shameless disgusting race-baiting crap.  This from two black people who are living proof their assertion that "nothing has changed for black people" and that our country is systemically racist is pure absolute bull shit.  She and Barack where put into the White House by primary WHITE VOTERS!"

Most of the actual Democratic National Convention events take place during daytime hours. And if you saw what they were saying during the day, you might flee the country.

The gaffes from Joe Biden are best displayed when someone else repeats the nonsense he delivers. It brings into focus the absolute disconnect between Biden’s brain and his mouth. It’s also why the video below is a must-watch and share.

Editor's Note:  The Democrats have been engaged in what they have been accusing everyone else of since Trump announced a run for the office of President.  OBSTRUCTION OF JUSTICE!  For almost FOUR YEARS now the Democrats have abused their positions of power to try and keep their crimes covered up with endless bogus investigations into their political enemies.

As Jordan notes the political left writ large is desperate; the biggest scandal in American political history is staring them in the face; the leftists have no option except to attempt to attack the person who would hold the key to accountability. 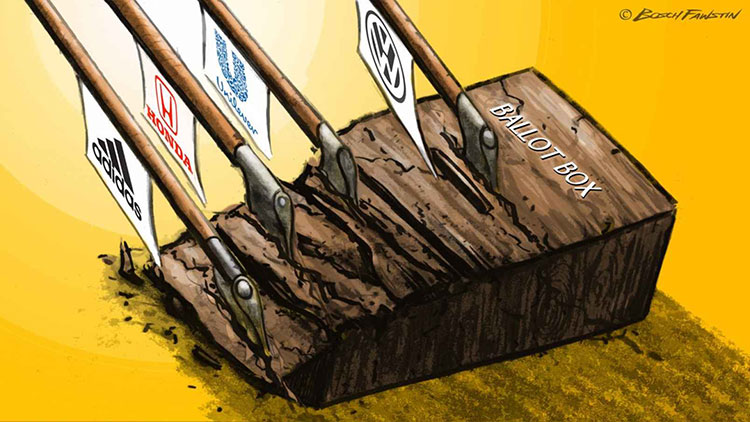 If you have Dove soap or Axe deodorant in your bathroom, Lipton tea or Breyers in your kitchen, you're buying Unilever products. The huge British-Dutch multinational made $60 billion last year and is known for its leftist politics. But Unilever may have gone beyond virtue signaling to election interference.

Unilever is one of the biggest foreign companies to join the Facebook boycott by leftist pressure groups.

The boycott’s goal is to suppress conservative speech on social media, especially by President Trump, before a presidential election, by convincing advertisers to withhold ads from Facebook until it complies. While Facebook already censors conservatives, it isn’t enough to satisfy the radicals running the boycott.

Rashad Robinson, the president of Color of Change, one of the leaders of the boycott made that clear in an editorial titled, "Will Zuckerberg dump Trump, or continue to serve him?"

"Facebook also loves its advertisers, and they are increasingly joining the boycott," he boasted. "So who will Zuckerberg choose?"

In an interview with the New York Times, Robinson emphasized that this was about the election.

"Honestly, there is an election and I need to get them to enforce the policies on the books before the fall. I need them to have some real rules around elections and voter suppression posts that actually will apply to Trump and other politicians so he doesn’t do anything dangerous on Election Day or before."

Robinson's examples of the kind of speech by President Trump that he wanted to pressure Facebook into censoring included, "claiming victory early".

The #StopHateForProfit campaign promoted by Color of Change, a radical leftist group, is blatant election interference. And it’s backed by huge foreign multinationals who are interfering in our election.

Unilever's own boycott post blatantly referenced the election, stating, "there is much more to be done, especially in the areas of divisiveness and hate speech during this polarized election period in the U.S".

A huge foreign company was pressuring Facebook to interfere in America's presidential election.

And it wasn't alone.

Civil rights activist Bob Woodson, founder of the Woodson Center, ripped Democratic mayors such as Chicago's Lori Lightfoot for blaming Republicans and the status of gun control legislation, among other things, for continued violent unrest in their jurisdictions.

Woodson reacted on "Tucker Carlson Tonight" to both host Tucker Carlson's commentary on Chicago and the state of the African-American community at large.

"Lori Lightfoot will tell you -- and it's not just Lori Lightfoot, by a mile -- but she cares so deeply about the poorest people in her city. Should we believe that?" Carlson asked Woodson.

"Absolutely not," he replied. "I believe that the salvation of this country ... will be the sleeping giant: When low-income Blacks wake up and realize that they are being bamboozled and hustled and scammed by people like Lori Lightfoot and others -- they are going to realize that they must address the enemy within." 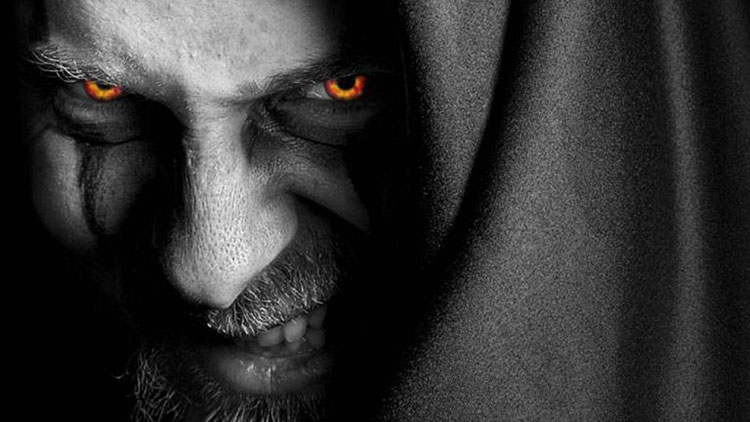 Its Time To Level With The Public Mr. President To What The Left Is Really Doing

Let’s start with some facts.

We know the Chinese Coronavirus was developed in a lab in Wuhan, with gain of function capability…in other words, a man-made bioweapon. This has been reported widely.

We know the Obama administration moved the research into COVID-19 from UNC to Wuhan years ago, as the ‘research’ had become illegal in the United States. We know the American government funded the Wuhan lab and COVID research. We know Bill Gates ran a simulation of a coronavirus outbreak as late as October of last year.

We know the Chinese intentionally spread the virus to the West, while preventing travel inside China. This has been confirmed by The White House.

We know that Dr. Anthony Fauci initially downplayed the virus, saying Americans had nothing to worry about, parroting the corrupt World Health Organization. The affect of this action was to allow the virus to spread in the West.

We know the timing of this viral release is Waaay too convenient, coming right after the impeachment charade and right before the 2020 presidential election.

THE LEFT, AIDED BY COMMUNIST CHINA, IS USING CHINESE CORONAVIRUS AGAINST THE AMERICAN PEOPLE!

Despite the recent coronavirus alleged surge in southern states, three states—New York, New Jersey, and Massachusetts—account for about 42 percent of COVID-19 deaths in America. Why? 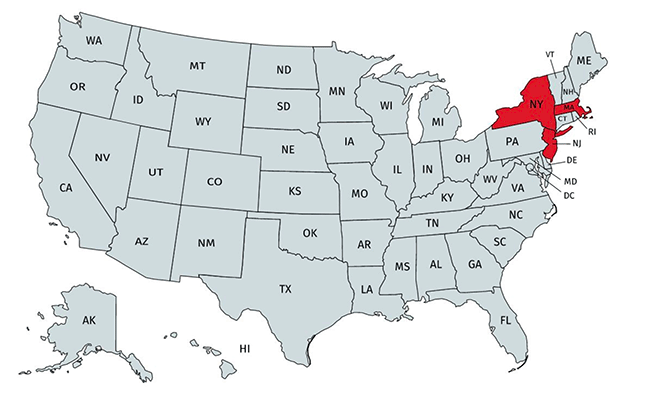 In a recent article in The Atlantic, Thomas Chatterton Williams decried America’s handling of the coronavirus.

The words “utter disaster” are used, and Williams, an expatriate, contrasts America’s response to that of France, where he currently lives.

“As Donald Trump’s America continues to shatter records for daily infections, France, like most other developed nations and even some undeveloped ones, seems to have beat back the virus,” Williams writes.

To be sure, the US response to the coronavirus was far from perfect (more on that later). But the article shows one of the challenges with this pandemic: even as more data is acquired, the picture doesn’t always get clearer.

In some ways, COVID-19 data are like a Rorschach blot from which writers, politicians, and experts can glean whatever conclusions they wish to find. Take Sweden, where daily COVID-19 deaths recently reached zero.

According to Newsweek editorial director Hank Gilman, Sweden’s “lighter touch” approach was a failure because seven times as many people died there than in neighboring Scandnavian countries such as Finland and Norway. He is not alone in the assessment.

On the other hand, Sweden suffered far fewer deaths per capita than several European neighbors that instituted strict lockdowns—including Belgium, Italy, Spain, and the United Kingdom—and has avoided some of the economic fallout other nations have endured. Unlike other countries, its currency is growing stronger.

Indeed, Sweden’s death rate is remarkably close to that of France, which Williams praised as a model in contrast to the “utter disaster” in the US. However, the US actually has a lower per capita death rate than both Sweden and France—at least for now. (While it’s true COVID cases are on the rise again in the US, deaths recently reached three-month lows.)

This raises questions about how we measure success in the age of COVID-19. While most attention is being paid to rising case numbers, death tolls would seem to be the most important metric. While US deaths per capita (401/1M) put the country among the ten highest in the world—ahead of France and Sweden, but just below the Netherlands—those numbers also don’t tell the entire story.

Few may have noticed that 42 percent of all COVID deaths in the US come from just three states—New Jersey, New York, and Massachusetts. These three states account for nearly 56,000 of the nearly 133,000 deaths in the US, even though they represent just 10 percent of the population. If these three states are excluded, the US suddenly finds itself somewhere in between nations such as Luxembourg (176/1M) and Macedonia (166/1M), where some of the better fatality numbers in Europe are found.

3 US states—New York, New Jersey, and Massachusetts—account for roughly 42% of all #COVID19 deaths in America.

These same states represent 10% of the US population. pic.twitter.com/AS6DyG3822

Why have New York, New Jersey, and Massachusetts suffered so much more than other US states? We don’t yet know the answer to that question, but evidence suggests it could be policy related.

Loving the people you lead is the most basic prerequisite of leadership.