The war on Free Speech is rapidly escalating in an effort to condition everyone for major silencing of conservative voices prior to the 2020 election.  THIS is IN-YOUR-FACE election meddling. 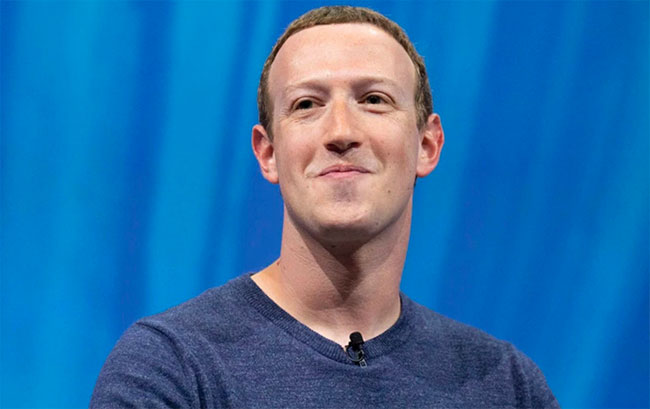 Why is Alex Jones permitted to have a telephone?

Facebook on Thursday announced that a small assortment of kooks — Alex Jones, Laura Loomer, Milo Yiannopoulos, Paul Joseph Watson, Paul Nehlen, Louis Farrakhan — will be permanently banned from Facebook, Instagram and other platforms it controls. Jones’ publication, Infowars, also will be banned. Praise of these figures, and expressions of support for them, also are to be prohibited.

Facebook is a private company and is under no legal obligation to provide accounts to figures whose views its executives find objectionable.

But how far do we want to extend that line of thinking?

There are about 30 cellphone-service providers in the United States, although the market is dominated by four of them: AT&T, Verizon, T-Mobile and Sprint. Federal regulation might prohibit them from discriminating against customers based on their political views, but the principle is the same. Why should Louis Farrakhan be allowed to use a telephone to spread his hateful message? Why should anybody sell him paper — or a pencil, for that matter? Think of the damage he might do with them.

Why should people with unpopular political views be allowed to have jobs? If you employ people with ugly political beliefs, you are providing financial support for the cultivation of those beliefs. Imagine your next job interview: “Are you now or have you ever been a member of the Communist Party?” Communists murdered 100 million people in the 20th century. If that isn’t a hate group, I don’t know what is. In most states, there is no law against corporations discriminating against employees and job applicants for their political views.

Media Matters for America recently published a compilation of Tucker Carlson interviews. According to SFGate, the interview show the host making disparaging comments towards women. During “Tucker Carlson Tonight” the conservative commentator said Fox News supports him. Carlson said: “Toughness is a rare quality at a TV network, and we are grateful for that.” The host said he would “never bow to the mob” and he’d only apologize if he thought he was in the wrong. 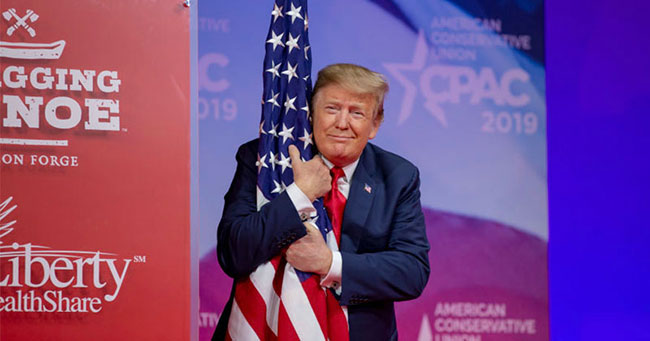 President Trump intends to sign an executive order that would put at risk federal research funding to colleges and universities that fail to protect free speech on campus, he announced Saturday.

“Today I am proud to announce that I will be very soon signing an executive order requiring colleges and universities to support free speech if they want federal research dollars,” the president said during a speech at the Conservative Political Action Conference in Oxon Hill, Md.

“If they want our dollars, and we give it to them by the billions, they’ve got to allow people like Hayden and many other great young people and old people, to speak, free speech,” said Trump. “If they don’t, it will be very costly. That will be signed very soon.”

The specific details of Trump’s executive order are unknown.

The president’s announcement came after he brought on stage Hayden Williams, a conservative activist with Turning Point USA who was punched in the face Feb. 19 at the University of California, Berkeley.

Campus police on Saturday arrested Zachary Greenberg, who allegedly was behind the attack on Williams. Bail for Greenberg, 28, was set at $30,000.

Trump joked that Williams “could take a punch” and urged him to sue not only Greenberg “forever,” but also the University of California, Berkeley.

“He took a hard punch in the face for all of us, remember that,” Trump said. “He took a punch for all of us, and we can never allow that to happen. And in closing with Hayden, here is the good news: He is going to be a very wealthy young man.”

(Update: In the video, we said Steven Crowder’s “livestream was dethrottled,” when in fact his entire page was “dethrottled.”)

(UPDATE 2: FACEBOOK RESPONDS “We fired this person a year ago for breaking multiple employment policies and using her contractor role at Facebook to perform a stunt for Project Veritas,” a spokesperson told The Verge. “Unsurprisingly, the claims she is making validate her agenda and ignore the processes we have in place to ensure Facebook remains a platform to give people a voice, regardless of their political ideology.”)

(Update 3: Project Veritas has included captions on original images in this article to avoid reader confusion.)

(Other brave individuals who feel compelled to expose wrongdoing they witness can contact Project Veritas here.)

Project Veritas founder James O’Keefe said that to expose dishonesty and censorship in big tech companies, he will be relying upon more insiders, informants and leakers in the future:

“Our future depends on those who are willing to give up everything for what they believe.”

In one of the sadder commentaries on the state of political discourse in America, there have been numerous incidents where a person wearing a red “Make America Great Again” ballcaps has been refused service in restaurants or even attacked.

In a country where some now view even the American flag as a symbol of hate and oppression, it is the hat made popular by then-candidate Donald Trump during his historic campaign that is the most despised apparel item in the land and with the rise of mob behavior, wearing it can put a person in danger.

Perhaps the most familiar incidents were the 16-year-old teen getting a drink thrown in his face at a Texas Whataburger and a black customer being harassed by the staff at a Florida Cheesecake Factory but these are indicative of a disturbing pattern that flies in the face of such longstanding American traditions such as free speech and freedom of expression.

However, there still are Americans who value our freedoms and one of those happens to be wearing a hat in public that is neither obscene nor promotes violence and several of these folks turned up in a brilliant social experiment that was staged and filmed by ABC for an episode of the hit show “What Would You Do?”

This is totally brilliant if you missed it the first time. 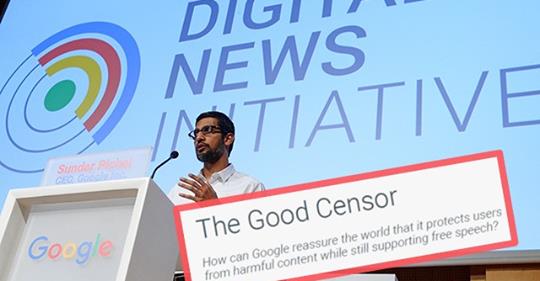 An internal company briefing produced by Google and leaked exclusively to Breitbart News argues that due to a variety of factors, including the election of President Trump, the “American tradition” of free speech on the internet is no longer viable.

Despite leaked video footage showing top executives declaring their intention to ensure that the rise of Trump and the populist movement is just a “blip” in history, Google has repeatedly denied that the political bias of its employees filter into its products.

But the 85-page briefing, titled “The Good Censor,” admits that Google and other tech platforms now “control the majority of online conversations” and have undertaken a “shift towards censorship” in response to unwelcome political events around the world.

Examples cited in the document include the 2016 election and the rise of Alternative for Deutschland (AfD) in Germany.

Responding to the leak, an official Google source said the document should be considered internal research, and not an official company position.

The briefing labels the ideal of unfettered free speech on the internet a “utopian narrative” that has been “undermined” by recent global events as well as “bad behavior” on the part of users. It can be read in full below.

It acknowledges that major tech platforms, including Google, Facebook and Twitter initially promised free speech to consumers. “This free speech ideal was instilled in the DNA of the Silicon Valley startups that now control the majority of our online conversations,” says the document.