Another Facebook whistleblower and more hidden camera confessions of the kind of blatant rapant censorship of conservative views going on at Facebook.

We've all come across online fact checkers that purport to warn us away from independent media sites under the guise of protecting us from fake news. But who is behind these fact check sites? How do they operate? And if these ham-fisted attempts at soft censorship aren't the solution to online misinformation, what is? Join James for this week's important edition of The Corbett Report podcast, where we explore the murky world of information gatekeeping and ask "Who will fact check the fact checkers?"

"They're authoritarians. If they're willing to censor President Donald Trump they will think nothing at all of silencing you, and they don't. They gladly do it & no one pushes back."

"They're authoritarians. If they're willing to censor President @realDonaldTrump they will think nothing at all of silencing you, and they don't. They gladly do it & no one pushes back." pic.twitter.com/PDDBQf5xAs

There is a sentence so devastating to liberal dogma that a doctor is not allowed to speak it in a YouTube video. Michelle Cretella, executive director of the American College of Pediatricians, is the thought criminal who had to be censored. The forbidden sentence:

Dr Cretella has plenty more to say that the liberal establishment won’t like regarding just how evil it is to sacrifice children to the transgender agenda.

YouTube removed the original video. When the Daily Signal pushed back, YouTube agreed to allow the video, but with the forbidden sentence censored.

Free speech is in jeopardy. Big Tech behemoths like YouTube, Facebook and Twitter are putting their thumbs on the free speech scale, “restricting” conservative content they don’t like. PragerU is fighting back with a lawsuit against YouTube and its parent company, Google. The real winner (or loser) will be the American public. In this video, Attorney Eric George, who is representing PragerU, lays out our case. Be the jury.

Facebook recently changed its algorithms to steer focus away from explicitly political content, but now that alteration is laying waste to conservative and liberal outlets.

Conservative pundit Deneen Borelli laid into Facebook last week, telling her followers on July 9 that the company’s bias against conservatives cost her a job. In fact, she is holding CEO Mark Zuckerberg chiefly responsible after BlazeTV cancelled her Facebook show, “Here’s the Deal.”

“And Mark, I hold you responsible for the high-tech lynching of my job,” Borelli, a black conservative who gained a large following during her run, said in her final video on July 9, which received more than 374,000 views as of the posting of this article. Reports appear to show that Facebook’s algorithm shift is suppressing content across all platforms.

Former Arkansas Gov. Mike Huckabee had Dr. Karen Siegemund as his guest on a recent television show: “Because of my outside activities, I was told my contract would not be renewed. I praised Western Civilization, and how it’s brought the greatest good to the most number of people, and we are all its beneficiaries, including those not even from here, and that was deemed hostile.”

Take a listen for yourself and support her and her fight against our corrupted schools! 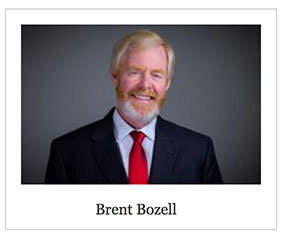 On Sunday, Facebook COO Sheryl Sandberg announced the company's latest efforts to institutionalize the demands of 90 left-wing organizations into the company's operations, including disturbing efforts geared toward the 2020 elections.

"Sheryl Sandberg just announced that she is allowing the ACLU and 90 left-wing organizations to dictate nearly every aspect of Facebook’s policies. This will let the left dominate the most powerful social media platform on the face of the earth. That raises significant legal and statutory issues that should worry both left and right.

“Facebook hasn’t released the names of these groups, but the crux of their plans is clear – the influence of everything Facebook does from hiring more liberals to control of all content. That goes so far as to include advertising, partnerships and control of the product itself. Now these left-wing groups have the power over every post a conservative makes. Facebook can’t be a free marketplace of ideas with the left controlling everything and the firm’s No. 2 overseeing and embracing all they are doing.

“The company getting in bed with these liberal organizations – especially in its efforts to prepare for the 2020 elections – should be deeply alarming to the conservative movement, Congress, potentially the FEC, and indeed all Americans. This was a big mistake on Facebook's part. We hope they will rethink the decisions they have made.”

Undercover videos recorded by Project Veritas reveals that Google is determined to prevent the re-election of Donald Trump in 2020, and is altering its products with this aim in mind.