This video represents THE TRUE HEART AND SOUL OF AMERICA . . . the exact opposite of the bull shit insanity, divisiveness, anarchy, chaos and globalist/communist/socialist/collectivist carnage being spewed and orchestrated by the Democrat Lunatic Left.

For the past week, all of us have seen chaos engulf our beloved country. The violence and the destruction have been so overwhelming, so shocking, and awful and vivid on the screen, that it's been hard to think clearly about what's going on.

Most of us haven't been able to step back far enough to ask even the obvious questions. The most obvious, of course, is what is this really about? What do the mobs want?

As you can see in this video, voter fraud is rarer than an asteroid strike. Even the most skeptical among you will become convinced, after viewing this video, of the integrity of our voting system which is absolutely flawless. Note: The use of these video clips is strictly for the purpose of commentary, thus constituting fair use by all that is sacred and holy.

During an interview with Tucker Carlson former Nevada Attorney General Adam Laxalt said that President Trump’s concerns about mail in voting are not unfounded and that he expects voter fraud in his state to increase as a result.

“This is the game,” said Laxalt, outside counsel for the nonprofit Americans for Public Trust. “It’s about winning elections and gaining power and here in my swing state … you are seeing videos of thousands of ballots that are piled up in apartments and trash cans and in hallways. And this is all because we are doing our first mail-in ballot election in the history of our state all under the cloak of the pandemic.”

Laxalt spoke hours after Twitter slapped a warning label on one of President Trump’s tweets for the first time, cautioning readers that despite the president’s claims, “fact checkers” say there is “no evidence” that mail-in voting would increase fraud risks — while also noting that “experts say mail-in ballots are very rarely linked to voter fraud.” (Emphasis added.)

The former state AG went on to claim that Nevada, which is one of several states that have chosen to expand mail-in voting during the COVID-19 pandemic, has been sending absentee ballots to inactive voters.

“Inactive voters, 200,000 of them were mailed ballots all across the greater Las Vegas area,” he said, “and we have no way to know if these are going to lead to massive voter fraud, and they continue to sue to get rid of signature verifications and to enact the California-style ballot harvesting right here in Nevada.”

Laxalt urged residents to “put pressure” on the Nevada secretary of state’s office as well as local registrars to “stop this practice.”

Joe Biden will be whatever type of leader he is told to be. 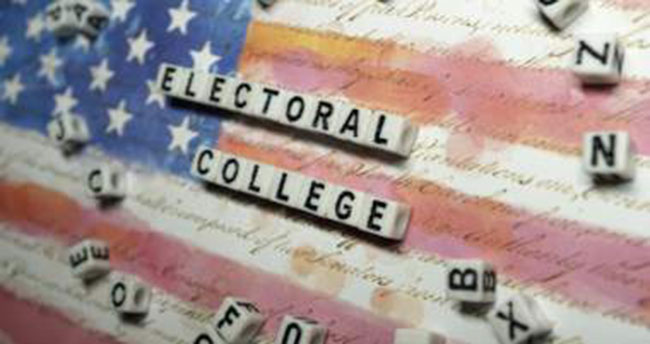 Texas, like 47 other states, uses a winner-take-all system in awarding all of its Electoral College votes. That process is constitutional, the Fifth Circuit Court of Appeals said in its decision in a case announced on Wednesday.

The League of United Latin American Citizens (LULAC) had filed lawsuits across the country, arguing that the present system used in 48 states is unconstitutional, as it violates the concept of one-person, one-vote. But the three judges in the Fi Circuit disagreed with the plaintiffs' reasoning, which they described as “flawed.”

Judge Jerry Smith wrote, “Democratic elections necessarily result in winners and losers. The frustration of losing, however, does not violate the Constitution.” Smith was appointed by President Ronald Reagan, as was Judge W. Eugene Davis, but the third member of the appellate court that made a unanimous ruling, Judge Carl E. Stewart, was tapped by President Bill Clinton.

The Constitution, in Article II, gives plenary, or full, power to each state’s legislature to determine the method in how their presidential electors are selected. “Each state shall appoint, in such manner as the legislature thereof may direct, a number of electors equal to the whole number of senators and representatives to which the state may be entitled in the Congress,” reads Article II, Section 1 of the Constitution. 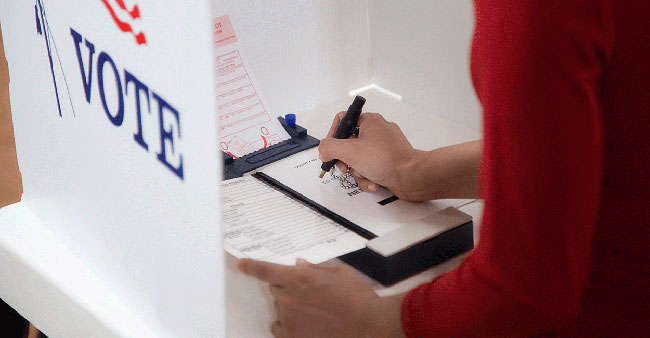 It’s a cornerstone of our democracy: Government is to be of the people, by the people, and for the people, deriving its authority from the consent of the governed.

These fundamental principles are at stake in North Carolina, due to a ruling from an activist federal judge on voter ID.

It’s amazing that we’re still having this debate today.

Presidents from Jimmy Carter to Donald Trump have advocated for the use of IDs to protect the integrity of the vote, and the Supreme Court has confirmed that states have the right to safeguard their elections. Thirty-five states have done so already, passing laws requiring voters to show identification before casting their ballots.

Against that backdrop, voters in North Carolina overwhelmingly approved adding an ID requirement to the state constitution in 2018. The General Assembly quickly took up the task of drafting a law to put that mandate into place.

The result was a voter ID law that is a model for the nation—making it easy to vote, but tough to cheat.

We got the system in place just in time for the 2020 election cycle. When North Carolinians stepped into the voting booth, they were to have confidence that their vote was protected.

But just a few weeks ago, an unelected federal judge tossed it aside. In a 60-page ruling, Obama appointee Loretta Biggs struck down our voter ID law, calling it “discriminatory” and comparing it to the dark American legacy of slavery and Jim Crow.

Never mind that our voter ID law was co-sponsored by an African American Democrat and passed with bipartisan support.

Judicial Watch announced it is continuing its efforts to force states and counties across the nation to comply with the National Voter Registration Act of 1993 (NVRA), by sending notice-of-violation letters to 19 large counties in five states that it intends to sue unless the jurisdictions take steps to comply with the law and remove ineligible voter registrations within 90 days. Section 8 of the National Voter Registration Act requires jurisdictions to take reasonable efforts to remove ineligible registrations from its rolls.

Do Republicans win elections by preventing minorities from voting? The Left says yes, but the data says no. Jason Riley, senior fellow at the Manhattan Institute, settles the argument with hard evidence, separating fact from fiction.