Jeff Sessions needs to either resign immediately or put on his big boy pants and be a real attorney general.

Hands up if you ACTUALLY thought Trump wouldn't respond to LeBron's diss... anyone?

This is what Trump voters LIKE about our president! He doesn't take crap from anyone. @MillerStream with more: pic.twitter.com/Q3Qpxgb9PL 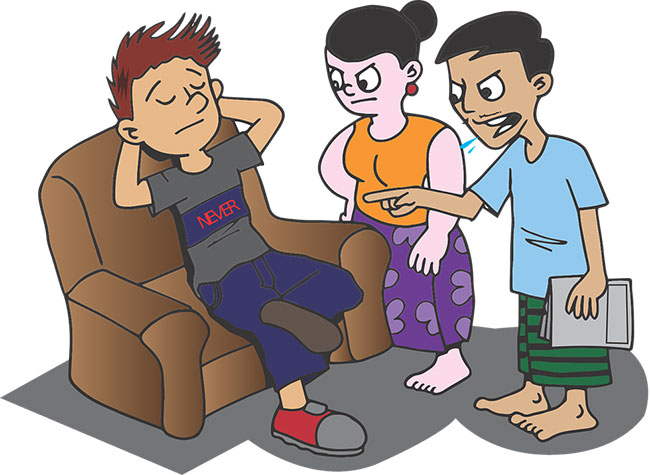 If young adults are America’s future, then they better get their act together. Today, over 30 percent of 18 to 34-year-olds live with their parents or other family members. Meanwhile, marriage rates and fertility rates in the United States have both hit record lows in recent years. Instead of coddling these self-absorbed Millennial narcissists well into their adult years, we need to be kicking them out of the nest and encouraging them to learn to fend for themselves. In many instances, if they do not learn how to act like adults by the time they are 35, they never will. It is time for parents all over America to exercise some tough love, because we are facing a major national crisis.

If you go all the way back to the mid-1970s, well over half of all 18 to 34-year-olds were already married and lived with their new spouse in their new households.

In 1975, when the oldest Boomers were 29, 57% of 18 to 34- year-olds lived with a spouse in their own household. Even as late as 1990, almost half lived with a partner. But in 2016, 31% were living in their parents’ home, making it the new, most common living arrangement for young adults, according to Census data.

Yes, I know that life is rough and housing is expensive and good jobs are hard to find.

But that is what being an adult is all about – overcoming the tough times and learning to stand on your own.

Tucker Carlson deliveres a monologue on Trump's critics hate the idea of rethinking or correcting any of the countless blunders they’ve made over the years. On the big questions, Trump is indisputably right: The Cold War is over. The world has changed. It is time to rethink America’s alliances, and act in our own interests for once, Carlson said.

"The people yelling the loudest about how the Russians are our greatest enemy and Trump is their puppet happen to be the very same people who have been mismanaging our foreign policy for the past two decades, the people who invaded Iraq and wouldn't admit it was a mistake, the people who killed Muammar Gaddafi for no obvious reason and prolonged the horrible Syrian civil war and then threw open the borders of Europe, the ones still defending the pointless Afghan conflict and even now planning brand-new disasters around the world in Lebanon, Iran and, yes, in Russia," Carlson explained.

"These are people who've made America weaker and poor and sadder, the group whose failures got Trump elected in the first place," he said. "You'd think by this late date they would be discredited completely and unemployable, wearing uniforms and picking up trash by the side of the turnpike somewhere, but, no, they're not." 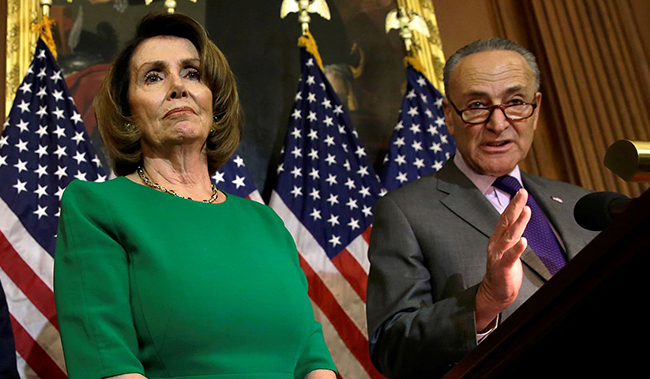 The US Democratic Party is determined to take the world to thermo-nuclear war rather than to admit that Hillary Clinton lost the presidential election fair and square. The Democratic Party was totally corrupted by the Clinton Regime, and now it is totally insane. Leaders of the Democratic Party, such as Nancy Pelosi and Chuck Schumer, my former co-author in the New York Times, have responded in a non-Democratic way to the first step President Trump has taken to reduce the extremely dangerous tensions with Russia that the Clinton, George W. Bush, and Obama regimes created between the two superpowers.

Yes, Russia is a superpower. Russian weapons are so superior to the junk produced by the waste-filled US military/security complex that lives high off the hog on the insouciant American taxpayer that it is questionable if the US is even a second class military power. If the insane neoconservatives, such as Max Boot, William Kristol, and the rest of the neocon scum get their way, the US, the UK, and Europe will be a radioactive ruin for thousands of years.

House Democratic leader Nancy Pelosi (CA), Minority Leader of the US House of Representatives, declared that out of fear of some undefined retribution from Putin, a dossier on Trump perhaps, the President of the United States sold out the American people to Russia because he wants to make peace: “It begs the question, what does Vladimir Putin, what do the Russians have on Donald Trump—personally, politically and financially that he should behave in such a manner?” The “such a manner” Pelosi is speaking about is making peace instead of war.

To be clear, the Democratic Minority Leader of the US House of Representatives has accused Donald Trump of high treason against the United States. There is no outcry against this blatantly false accusation, totally devoid of evidence. The presstitute media instead of protesting this attempt at a coup against the President of the United States, trumpet the accusation as self-evident truth. Trump is a traitor because he wants peace with Russia.

This is a very interesting take on the amazing things that are happening since Trump got into office. Suddenly many people are waking up, starting to think differently, escaping mental prisons on many levels.