Speaking in front of the U.S. Capitol, Jennifer Zeng, a China labor camp survivor, details how she and her family were captured and tortured by the Chinese Communist Party. She also lays out how the Chinese government collects and maintains a database of blood samples and tissue types for harvesting human organs.

How does communist ideology manifest in the current political landscape? How did Marx and his followers endeavor to rewrite history?

What are some major misconceptions people have about socialism and communism, and the end results of these ideologies?

What are the origins of Antifa? And what is the purpose of the violence they frequently engage in?

And where does political correctness originally come from?

In this special episode with a studio audience in Laguna Beach, California, we sit down with The Epoch Times’ award-winning investigative reporter and senior editor Joshua Philipp. He is a recognized expert on unrestricted and asymmetrical hybrid warfare, subversion, and cyber security, especially in the context Chinese Communist Party.

We discuss Marxist revisionist history, the end goals of communism, Antifa violence, and the spread of political correctness. We also examine the Chinese Communist Party’s global ambitions and its extensive influence and warfare operations in the US and around the world.

Apparently, China can’t take another four years of Donald Trump in the White House. To make sure he’s a one-term president, the Chinese Communist Party (CCP) is enlisting the help of anti-Trump Americans from Washington to Wall Street and beyond. 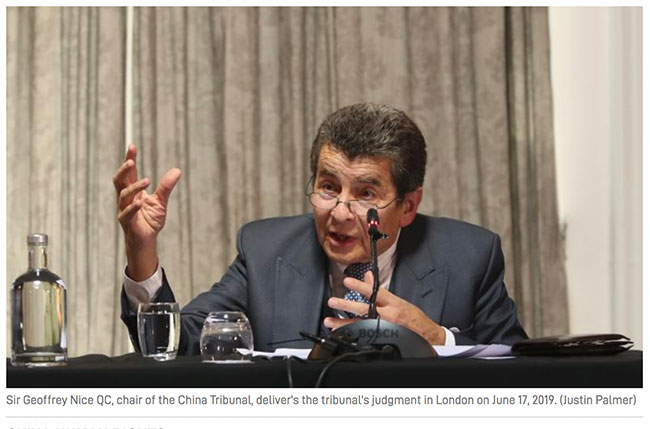 By Cathy He
TheEpochTimes.com

An independent people’s tribunal has unanimously concluded that prisoners of conscience have been—and continue to be—killed in China for their organs “on a significant scale,” after a year-long investigation.

“Forced organ harvesting has been committed for years throughout China on a significant scale,” said chair of the tribunal, Sir Geoffrey Nice QC in a judgment delivered on June 17 in London.

The panel further concluded that adherents of the spiritual practice Falun Gong have been one of the main sources of organ supply. Falun Gong, a spiritual discipline consisting of meditation exercises and moral teachings based on truthfulness, compassion, and tolerance, has been brutally persecuted by the Chinese regime for the past two decades. Adherents of the practice have been thrown into prisons, labor camps, and brainwashing centers, where many have been tortured in an effort to force them to renounce their faith.

“The Tribunal has had no evidence that the significant infrastructure associated with China’s transplantation industry has been dismantled—and absent a satisfactory explanation as to the source of readily available organs—concludes that forced organ harvesting continues till today,” he added.

The tribunal also said that though they did not have definitive evidence, there was a “risk” that Uyghur Muslims in Xinjiang could be subject to forced organ harvesting while detained inside “re-education camps” set up by Chinese authorities. The U.S. State Department and experts estimate that more than one million Uyghurs and other Muslim minorities are currently being detained in such camps where they are subject to political indoctrination.

Chaired by Nice, who previously led the prosecution of former Yugoslavian President Slobodan Milosevic at the International Criminal Tribunal, the panel consists of seven international experts tasked with conducting the world’s first ever independent analysis of forced organ extraction in China. 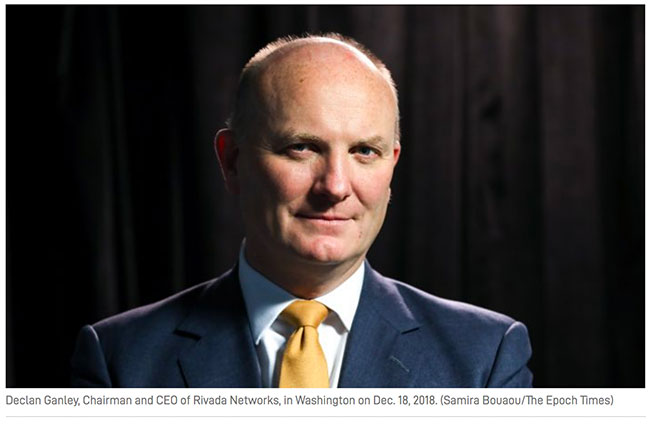 Cyberspace is considered the fifth strategic domain of warfare, along with land, sea, air, and space. And the Chinese are on the verge of dominating this domain. The Chinese government is heavily investing in 5G networks and significant state subsidies are part of the communist regime’s comprehensive industrial blueprint to beat competition and cement global dominance in the 5G race.

Declan Ganley, an Irish telecommunications entrepreneur and founder of Rivada Networks, likens China’s threat to Pearl Harbor. Seventy-seven years ago, the Japanese attacked the U.S. naval base at Pearl Harbor in Hawaii, drawing the United States into World War II.

“We’re at one of those moments in history where you need to know what’s right in front of you,” he said.

The media is alarmed at China’s Orwellian social credit system.

A system where citizens are financially & socially punished for their opinions.

They’ve joined forces with Silicon Valley to cheerlead and lobby for an almost identical system right here in the west.

Imagine going to buy something and your credit card is declined because some idiot in San Franacisco thinks you posted something “hateful” on the Internet. 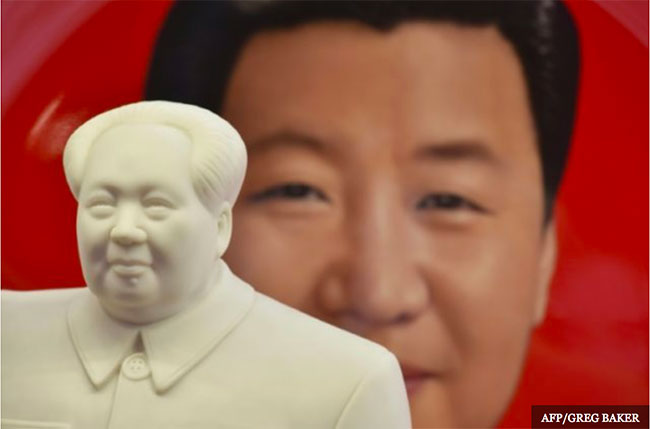 Beijing announced an “action plan” this week for monitoring residents’ behavior, adding that the city expects to have its social credit system fully implemented by the end of 2020.

Beijing plans to reward and punish its residents based on data that will be collected from various departments monitoring citizens’ social behavior, according to a detailed “action plan” posted on Monday to the city’s municipal website.

By the beginning of 2020, the announcement declares, China’s capital city will have all residents officially locked into the permanent surveillance program, part of a broader effort to have every Chinese citizen rated on a “social credit system” decreeing what public services a person can use based on their obedience to laws and loyalty to the communist regime.

The government will use the data collected to assess citizens’ behavior to decide if an individual is law-abiding and “trustworthy” to the Communist Party.

Residents who behave properly in the eyes of the Chinese government will receive high credit scores, while residents who misbehave will receive low scores, causing them to lead more difficult lives.

“Efforts will be made to build a market supervision mechanism with corporate credit as the core,” states Beijing’s municipal website, adding that it will explore the implementation of what it calls “the personal integrity project,” which will utilize residents’ credit scores for “market access, public services, tourism,” and “fields such as entrepreneurship and job hunting.”

Higher scores can also open the “green channel,” which will expedite residents’ applications for higher quality “education and medical resources.”

“Those who violate the law and lose trust will pay a heavy price,” adds the government website, stating that it will “improve the blacklist system” and that residents will find themselves “limited everywhere, and difficult to move” if they are deemed untrustworthy by the Communists in control.

The government abolished the accounts – amid reports of Google aiding China’s censorship – in an attempt to silence critics of the Communist Party, accusing citizens of “spreading harmful political information, maliciously tampering with the history of the Communist Party and smearing the reputation of heroes and China.”

“By the end of 2020, the Beijing Municipal Social Credit Regulations will be completed, and the legal system will be used to guide and promote the construction of the credit system,” proclaims Beijing’s municipal website.

China’s government argues that it is necessary to implement the lifelong social credit system across the country, as citizens have been deemed dishonest by the Communist Party.

China is building islands in the South China sea and its causing disputes among the other nations in the region; Malaysia, the Philippines, Brunei, Vietnam, and Indonesia. The US has many allies in the region and uses its massive Navy to patrol international waters, keeping shipping lanes open for trade To truly understand the international conflicts and trends shaping our world you need a big-picture view. Video journalist Sam Ellis uses maps to tell these stories and chart their effects on foreign policy.

A great 10 minute summary of just how deeply China has infiltrated our country, how deeply they have taken control.