Roughly 5,000 individuals, a combination of individuals, partners in the major Wall Street firms including particularly Goldman Sachs, Merrill Lynch, and JPMorgan, and associated lawyers and others engaged in the global ecology of naked short selling and money laundering – both federal crimes – are now subject to discovery and criminal forfeiture of all assets purchased with illicit wealth.

In the United Kingdom “unexplained wealth” is now subject to investigation and discovery by the National Crime Agency. The USA needs a similar project. To take one example, all of the vacant luxury condominiums in New York City are immediately confiscatable by criminal forfeiture once the illicit provenance of the funds used to buy these asset can be established.

The President of the United States of America has been briefed on the depth and breadth of all data now stored by the National Security Agency (NSA) and is also aware of what could be discovered within a very short time through a complete audit of the Depository Trust & Clearing Corporation (DTCC).

The fact that the President has War Powers is a bonus. Wall Street criminals and their clients have nowhere to run. It is immediately possible for the President to execute a squeeze and come away with no less than $100 trillion dollars in confiscations of criminally-derived assets, both to make reparations to all the pension funds and individual investors cheated by Wall Street; and to fund the re-building of America by restoring the wealth stolen from Main Street by Wall Street, back to Main Street.

Lucy Komisar’s beat is the secret underbelly of the global financial system — offshore bank and corporate secrecy — and its links to corporate crime; tax evasion by the corporations and the very rich; empowerment of dictators and oligarchs; bribery and corruption; drug and arms trafficking; and terrorism.

Her dozens of articles on the subject since 1997 have appeared in publications as diverse as The Nation magazine and the Wall Street Journal.

She was the winner of the 2010 Gerald Loeb, National Press Club, Sigma Delta Chi, and National Headliner awards for her exposé of Ponzi-schemer Allen Stanford, which she brought to the Miami Herald. The Loeb award is the country’s most prestigious prize for financial journalism.

On the issue of offshore financial corruption, she is the author of “BCCI’s Double Game: Banking on America, Banking on Jihad.” in A Game As Old As Empire, (Berrett-Koehler, San Francisco, 2007). Access her body of work: https://www.thekomisarscoop.com/ 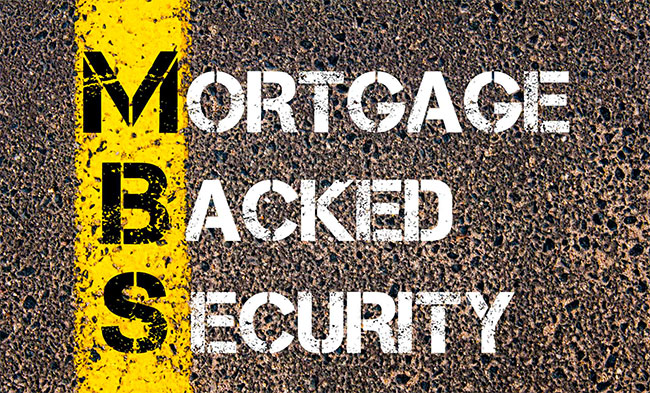 So the “RMBS” industry is pushing for “economic relief” in the Pandemic. If they get it, it will be another windfall for Wall Street and investment bankers will go from laughing to convulsing in the privacy of their board rooms.

The Wall Street Journal published an article yesterday on how the mortgage market is not behaving “as expected.” With interest rates down so low there should be a flood of refinancing. And there is plenty demand to do just that. But, as the article points out, there might be demand but there is no supply. There is no supply because investors are not buying certificates issued as RMBS (Real Estate Mortgage Backed Securities).

The reason they are not buying RMBS is simple. They don’t trust the economy and all of the investors have growing doubts about the valuation and risk assessment associated with RMBS. Investors see mortgage default risks as being associated with safety of their investment because the certificates state that one of the discretionary reasons why investment banks don’t need to pay them is if there are declared defaults on certain specified loans — whether or not they are owned by the investment bank or anyone else.

And since securitization is in essence a Ponzi scheme, the more difficult it is to sell new certificates, the more difficult it is to pay investors. That part admittedly is counterintuitive but nonetheless true. While homeowner’s payments actually do cover the liability of the investment bank to investors, the reality is that the investment bank continues ot make payments to investors regardless fo receipt of money from homeowners IF they are continuing to make sales of new certificates.

The practical effect of all this for homeowners is to realize that if they sign on any dotted line they are pulling the trigger on a securitization scheme, of which their receipt of money is a tiny fraction. At the end of the day there is no person, company, business entity or trust that maintains any books and records showing the homeowner’s promise to pay as an asset on their balance sheet. In plain words, the role fo the creditor has been eliminated to avoid lender and servicer liability imposed by federal and state laws.

This fact — the absence of a creditor — has been the topic of discussion for two decades. And it is has never been addressed because the investment banks, who have the greatest amount of influence over politicians, don’t want it addressed. They don’t want it addressed because if it was addressed then the role of investment banks AS LENDERS would be revealed along with their gargantuan profits from “securitization” in which the obligations of homeowners are NOT sold to anyone, much less securitized.

In practice this means that homeowners can and probably should dispute their obligation to make payments before, during and after any false declaration of default. A declaration of default is a legal nullity if it isn’t declared by or on behalf of a creditor. If there is no creditor then there can be no default. Yes it is that simple.

So that is why I have been a broken record. Criminal lawyers tell their clients to keep their mouths shut because 80% of all criminal convictions are the direct result of what comes from the mouth of the defendants. That’s why I tell professionals with grievances filed against them the same thing.

And that is why I tell homeowners the same thing —- admit NOTHING. The reason is simple — your opposition is an investment bank regardless of who is named as claimant or plaintiff. If you admit any part of what they are saying they will argue that you admitted all of it. And they may be right under current rules.