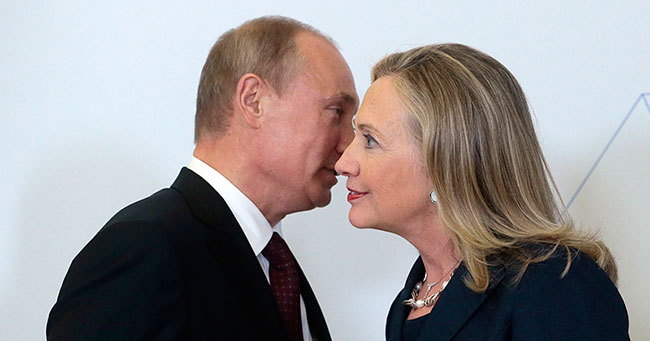 Former Secretary of State Hillary Clinton bashed President Trump over his meeting with Russian President Vladimir Putin last week, but failed to mention she also bonded with Putin in 2012 over Siberian tigers.

In her memoir “Hard Choices,” Clinton explained her meeting with Putin in Moscow, where she asked him what he’s “doing to save the tigers in Siberia.”

“He looked up in surprise. Now I had his attention,” she wrote. 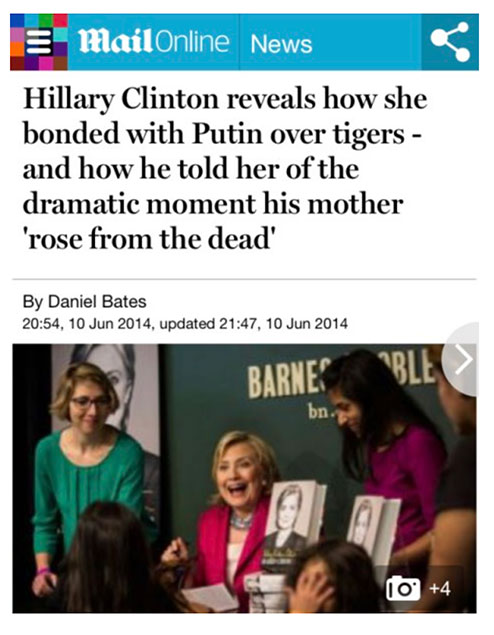 “He took her to his private office.”

Additionally, Clinton recalled several anecdotes Putin told her during their time together, including a personal story about his mother.

“During the war Putin’s father came home from the front lines for a short break,” Clinton wrote.

“When he approached the apartment where he lived with his wife, he saw a pile bodies stacked in the street and men loading them into a waiting flatbed truck. As he drew nearer, he saw a woman’s legs wearing shoes that he recognized as his wife’s. He ran up and demanded his wife’s body.”

“After an argument the man gave in, and Putin’s father took his in his arms and, after examining her, realized she was still alive. He carried her up to their apartment and nursed her back to health. Eight years later, in 1952, their son Vladimir was born.”

Fast-forward 6 years, and you’d think Clinton would have never given Putin the time of day.

“The great mystery is why this president has not spoken up for our country, and we saw this most clearly in this recent meeting with Putin,” Clinton said of Trump on Saturday.

“So this idea that somehow we are not sure where our own president stands is deeply disturbing.”

And as the Helsinki meeting concluded, Clinton accused Trump of being on Russia’s “team” in a smarmy tweet. 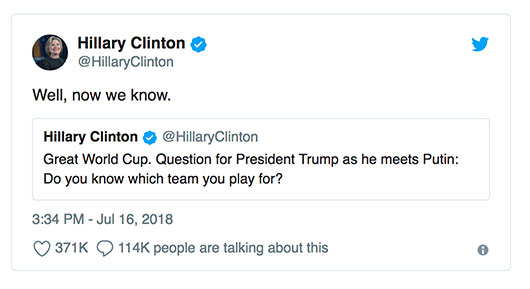 Meeting with Russia’s leader is standard diplomatic protocol for a sitting president and for his Cabinet – unless that president is Donald Trump.

Alex Jones breaks down the latest hypocrisy from Hillary Clinton, who criticized President Trump for meeting with Russian President Vladimir Putin in Helsinki, when she met with the Russian leader in Moscow several times as Secretary of State.

Trackback URL for this entry: http://kickthemallout.com/trackback.php/V-Hillary_Clinton_Admits_She_Met_Secrety_With_Putin_In_2014