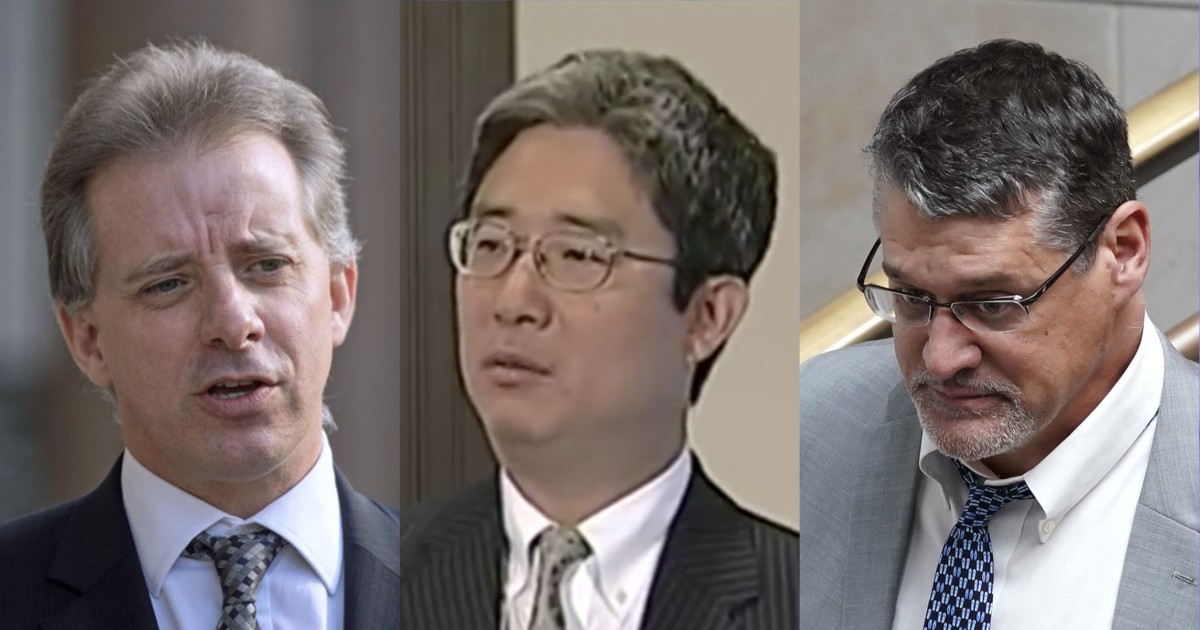 A trove of emails and handwritten notes from Department of Justice official Bruce Ohr exposes the continuous contact and communication between the DOJ attorney and anti-Trump dossier author Christopher Steele, according to notes and documents obtained by SaraACarter.com. The emails and notes were written between 2016 and 2017.

The notes and emails also reveal that Ohr was in communication with Glenn Simpson, the founder of the embattled research firm Fusion GPS, which was paid by the Hillary Clinton campaign and DNC to hire Steele.

In one of Ohr’s handwritten notes listed as “Law enforcement Sensitive” from May 10, 2017, he writes “Call with Chris,” referencing Steele. He notes that Steele is “very concerned about Comey hearing, afraid they will be exposed.” This call occurred months after FBI Director James Comey testified before the House Intelligence Committee and revealed for the first time that the FBI had an open counterintelligence investigation into President Donald Trump’s campaign and alleged collusion with Russia.

Steele is also extremely concerned about a letter sent from the Senate Judiciary Committee asking Comey for information on his involvement with Steele. Grassley sent 12 questions to Comey regarding the bureau and Steele’s relationship and wanted all information on any agreements they had during the investigation into alleged Russia-Trump collusion. Grassley also wanted to know if the FBI ever verified any of the information in Steele’s reports.

In Ohr’s notes from May 10, 2017, he goes onto write that Steele is concerned about a letter from the Senate Intelligence Committee, writing:

SaraACarter.com first reported this week text messages between Steele and Ohr, revealing that Steele was anxious about Comey’s testimony and was hoping that “important firewalls will hold” when Comey testified.

Those text messages in March 2017 were shared only two days before Comey testified to lawmakers.

The House Intelligence Committee revealed in their Russia report earlier this year that Steele–who was working for the FBI as a Confidential Human Source (CHS)–had shopped his dossier to numerous news outlets in the summer of 2016.  According to the report, the FBI terminated Steele after discovering that he was leaking to news outlets, breaking a cardinal rule by the bureau to not reveal ongoing investigations and information to the media.

However, there is growing concern that the FBI was well aware that Steele was in contact with media outlets about his dossier before the FBI applied to the Foreign Intelligence Surveillance Court for its first warrant in the fall of 2016 to conduct surveillance on former Trump campaign volunteer advisor, Carter Page.

“There are indications that the FBI knew that Steele was in contact with the media before the bureau submitted the first FISA application and that question needs to be resolved,” said a congressional official with knowledge of the investigation.

The documents from March 2017, reveal how concerned Steele is with Grassley’s committee and the letter from the senator’s office seeking answers from Steele on the dossier.

In June 2017, Steele tells Ohr,  “We are frustrated with how long this reengagement with the Bureau and Mueller is taking.  Anything you can do to accelerate the process would be much appreciated.  There are some new, perishable, operational opportunities which we do not want to miss out on.”

And in November 2017, Steele, who is trying to engage with Robert Mueller’s Special Counsel, writes to Ohr saying, “we were wondering if there was any response to the questions I raised last week.”

Ohr responds by saying, “I have passed on the questions (apparently to the special counsel) but haven’t gotten an answer yet.”

Steele then says,  “I am presuming you’ve heard nothing back from your SC (special counsel) colleagues on the issues you kindly put to them from me.  We have heard nothing from them either.  To say this is disappointing would be an understatement!  Certain people have been willing to risk everything to engage with them in an effort to help them reach the truth.  Also, we remain in the dark as to what work has been briefed to Congress about us, our assets and previous work.”

Trackback URL for this entry: http://kickthemallout.com/trackback.php/V-Bruce_Ohr_Texts_Emails_Reveal_Steeles_Deep_Ties_To_Obama_DOJ_and_FBI