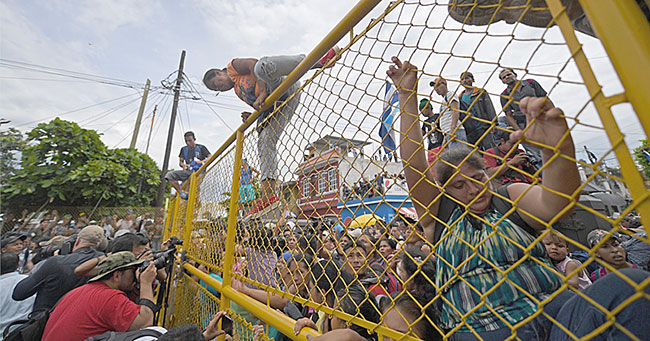 Guatemala, Honduras and El Salvador all said that natives in the United States sent over $17 billion home last year alone.

Since 2009, legal and illegal immigrants from those three nations have shipped $120 billion home, according to an immigration expert citing United Nations and Latin American banking data.

And newly released Central American bank data said that the record breaking has continued this year.

The so-called “remittances” have been in the focus of some immigration reform advocates who want to tax the transfers. Proponents said that a tax on the money, some of which is collected under the table and outside payroll taxes, could help pay for President Trump’s proposed border wall with Mexico.

Under one proposal that failed to pass Congress, remittances would be taxed 7 percent. Pew Research Center revealed in January that immigrants in the United States sent home $138 billion in 2016 alone. A 7 percent tax would raise nearly $10 billion, enough to fund building the wall in three years.

“These huge numbers also suggest that the United States should follow the lead of Oklahoma, and start collecting a share of the remittances to help mitigate the costs of illegal immigration. You could build a wall with some of that money, compensate victims of illegal immigration, and much more – and Congress should do it,” said immigration expert Jessica Vaughan of the Center for Immigration Studies.

Money immigrants send home is a huge part of the economy of those three nations, reaching over 20 percent in El Salvador and Honduras. Over 90 percent of the remittances come from immigrants inside the United States, though a United Nations group said that the money comes from a total of over 100 countries.

Because it is a sizable share of the economies of those countries, critics claim that El Salvador, Guatemala, and Honduras have little incentive to make economic reforms that will keep citizens home.

“The sums of money involved are huge, particularly as a share of GDP and personal income in the Central American countries. It offers a big clue as to why these countries are giving only token efforts to stem the tide of migrants to the United States, especially El Salvador and Honduras,” said Vaughan, who regularly testifies before Congress on immigration policy.

“A good leader would try to develop other ways to build the economy, that benefit more people, instead of just those who have family in the United States. They are betting that the United States will never have the will to enforce its laws, and that’s been a good bet so far,” she told Secrets.

Trackback URL for this entry: https://kickthemallout.com/trackback.php/OUR_ILLEGAL_PROBLEMS_IS_THERE_INCOME_SOURCE-Record_120_Billion_Sent_Home_To_3_Top_Nations_Flooding_US_With_Illegal_Immigrants