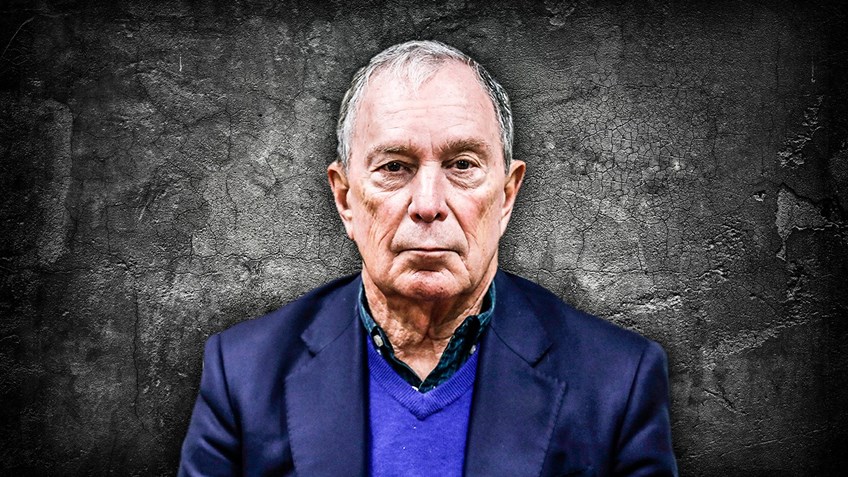 The Chief Investment Officer for Motley Fool Asset Management described presidential candidate Michael Bloomberg’s stranglehold over the financial industry as “the closest thing to a mafia power that exists in finance”.

Then-CIO Bill Mann appeared on a Motley Fool financial podcast in 2016, discussing the Bloomberg Terminal apparatus that accounts for a vast majority of Mayor Michael Bloomberg’s immense wealth – much of it from clients funded by the Bush/Obama-era bailouts.

The Bloomberg Terminal – effectively a custom keyboard and dual monitors paired with proprietary “Bloomberg Professional” software –  has become a mainstay of corporate elites since the 1980s.

While some major firms have made noises about moving away from the kit designed by Michael Bloomberg, the reach is still expanding, with around 330,000 Terminals allowing real time access to market data, shipping information, and corporate insider info in use today.

“I’m trying to use a word other than ‘mafia’, but I’m going to fail at it,” said Mann. “I think Bloomberg is the closest thing to a mafia power that exists in finance, because it is such a default, and they have been able, for years, to come in and say, ‘Well, this is our pricing. Discount? No. There’s no discount. This is our pricing.’”

Bloomberg’s client list also includes you, the tax payer, with cities such as Oceanside, California operating Bloomberg Terminals at market rates. The extent to which Bloomberg LP provides to the public sector is unclear, and Michael Bloomberg still controls 88 percent of the private company, which is notoriously secretive about its arrangements.

In the industry, the Terminal was viewed as a game-changer.

Bloomberg was let go from his job at the New York investment bank, Salomon Brothers, in 1981. He received $10m in severance and immediately set out to create his Terminal, with swift success.

The package provides an enormous amount of access in a closed environment for the hyper-elites who were bailed out after the 2008 financial recession, and accounts for at least three quarters of Bloomberg LP’s annual revenue which stands at a whopping $10bn a year. 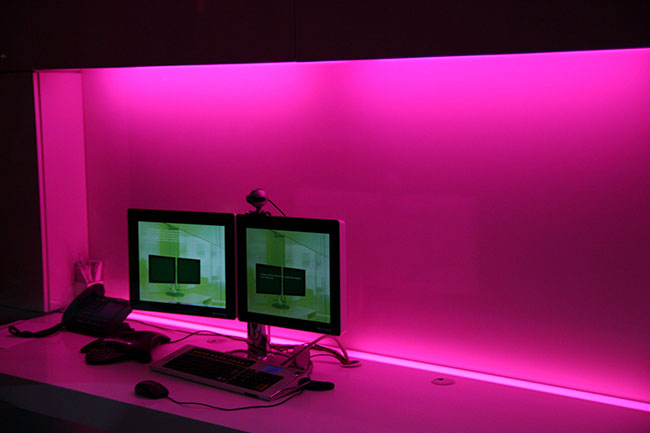 The Terminal hardware alongside the software known as Bloomberg Professional currently services over 330,000 users an average of around $22,000 per year. That’s over $7bn a year from subscriptions in the rapacious world of global finance.

The software isn’t just for brokers or traders. It does a lot whole lot more, as FastCompany reported in 2015:

Bloomberg Professional does get quite graphical in spots: For instance, it offers a feature that lets you track ships carrying commodities as they travel around a map, a bit of intelligence that can be very valuable to a trader. It’s still about data: “You can see the position of every ship in the world,” says Zach Haehn, head of R&D for Bloomberg’s San Francisco operation. “What they’re carrying, how fast they’re going, where they’re going.”

The Terminal itself has been the subject of some controversy, with a number of stories over the past few decades painting a picture of just how much “mafia”-style control Mayor Bloomberg has wielded over the global industry.

In 2013 it was revealed that journalists at his Bloomberg media company could see inside the Terminal, i.e. spy on Bloomberg Terminal’s customers.

“Until recently, all Bloomberg employees could access information about when and how terminals were used by any customer. But after complaints by Goldman Sachs and JP Morgan, Bloomberg says its 2,000 or so journalists no longer have access to that information, though other staff still do. Bloomberg has more than 15,000 employees,” Quartz reported.

“The banks were concerned that Bloomberg News was keeping tabs on terminal usage in order to aid its reporting. JP Morgan specifically cited coverage of the bank’s disastrous derivatives trading, known as the “London Whale,” which Bloomberg was the first to reveal.” 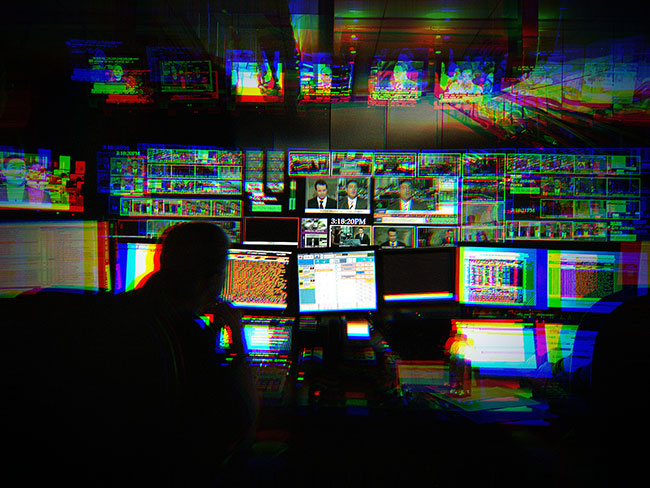 The New York Post reported that “a Bloomberg reporter asked a Goldman executive if a partner at the bank had recently left the firm — noting casually that he hadn’t logged into his Bloomberg terminal in some time”, with one Goldman Sachs employee stating: “You can basically see how many times someone has looked up news stories or if they used their messaging functions”.

Then-Bloomberg CEO Daniel Doctoroff was forced to admit: “Although we have long made limited customer relationship data available to our journalists, we realize this was a mistake.”

Shortly after the confession, Oceanside’s Bloomberg Terminal contract was revealed by the media. It asserted:

Effectively, Bloomberg LP’s contracts with its clients granted access to its 15,000 staff – reporters included – about what their clients were doing with their Terminals. In the world of finance and journalism, this is an astonishing backdoor.

Bloomberg clients include the Bank of England, U.S. Federal Reserve, European Central Bank, the Bank of Japan, the Bank of Canada, Germany’s Bundesbank, and the Hong Kong Monetary Authority.

Speaking after the revelations a Bank of England spokesman said: “The protection of confidential information is vital here at the bank. What seems to have happened at Bloomberg is reprehensible”.

Inside the Terminal, subscribers can chat to one another, effectively creating one of the most elite and wealthy chatrooms in the world.

“Bloomberg is the closest thing that they have on Wall Street that is like the owl network in the Harry Potter world,” Motley Fool’s Bill Mann observed.

“They have their own news service, and it’s a closed environment, but they also have a messaging service that is highly prized, because… whoever’s in finance – they have a Bloomberg terminal so they can speak with each other. It’s a secured messaging system. And it’s closed… it’s not something that people who are outside of finance are necessarily familiar with, just how dependent people are in finance on Bloomberg.”

Like with any message board, they can go pretty far off-topic. One credit research analyst told me the chat rooms are “f*cking cesspools” that are often jokes about weight-lifting and complaints about female presidential candidates. But she conceded that “once in a blue moon” they’re useful — someone had shared passwords for a financial presentation she needed to get a look at for her job.

There’s also a Friday quiz competition run through the terminal, and there are restaurant recommendations (the function is DINE), fantasy brackets for major sporting events, such as the World Cup, and a Craigslist-like marketplace (the function is POSH). Bloomberg hosts profile pages on people in finance, and there’s an MVP command to look at the ones that get the most views. One trader told me that it can get interesting to look at when a scandal bubbles up, but when nothing’s going on, it’s usually “hot salespeople.”

The juxtapositions are emblematic of the terminal itself: it’s a space for serious business, but it’s also got a social element to it. And it’s made Bloomberg the billions of dollars he’s now using to fund his 2020 presidential run.

Upon announcing his candidacy for the Democratic Party nomination, the Terminal shortcode MIKE, which was once used to help Mayor Bloomberg sell his books to Terminal users, began directing his clients to his campaign and donations pages.

On December 5th 2019 the Financial Times reported the “flagship news and information terminal was promoting the billionaire media mogul’s run for the White House as the company faced questions over how to cover his candidacy.”

Bloomberg responded with its typical flippancy over the amount of power Mayor Bloomberg wields, stating: “We’ve updated that function to go to the bio page just like anyone else. Thanks for pointing out what was clearly an oversight when the site became a campaign site.”

“Every picture of every trading floor or every PM shop you’ve ever seen seems to have a Bloomberg terminal in the back, and it has some chart or whatever. That’s an expensive backdrop,” noted Bill Mann in 2016.

In 2016, JP Morgan CEO Jamie Dimon was reportedly toying with ripping out the Terminals and replacing them with cheaper (and likely less intrusive) offerings from competitors.

The Post claimed that JP Morgan was “Bloomberg’s second-biggest client, with more than 10,000 subscriptions… The shift to Reuters is projected to save the company between $18 million and $36 million a year.”

Nevertheless, Terminal subscriptions have more than doubled over the past few decades, despite the financial crisis – and maybe because of it.

In 2008, upon the financial collapse, Bloomberg lost around 20,000 subscribers, but added nearly 35,000 over the next year as government bailouts began to take effect.

The Emergency Economic Stabilization Act of 2008, alongside the Troubled Asset Relief Program made around $700bn available for industries that had become “too big to fail”.

A further 42 firms were added, saving the companies and solving budget crises which would otherwise have forced cutbacks to non-essential products and services like Bloomberg Terminal.

In other words, Bloomberg LP would be nowhere near the financial juggernaut without the Bush/Obama era tax payer-funded bailouts.

Coincidentally, the post-bailout financial world also saw the largest price hike for Bloomberg Terminal access, a jump from $21,600 to $24,000 by 2011.

It may not sound like much, but add up those $2,400 increases across all Bloomberg’s LP customers and you have a gross revenue increase of around $800,000,000 per year – or just over twice as much as Michael Bloomberg has thus far spent on his presidential campaign.

If the 2008 bailouts were a case of corporate welfare gone wild, then Michael Bloomberg is almost certainly a bailout billionaire.

Trackback URL for this entry: http://kickthemallout.com/trackback.php/Mafia_Michael_Bloomberg-The_Bailout_Billionaire