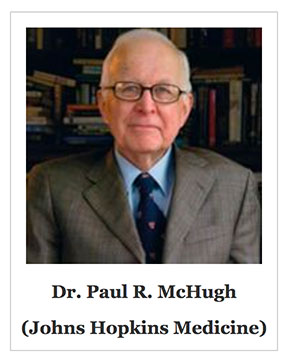 Dr. Paul R. McHugh, the Distinguished Service Professor of Psychiatry at Johns Hopkins University and former psychiatrist–in-chief for Johns Hopkins Hospital, who has studied transgendered people for 40 years, said it is a scientific fact that “transgendered men do not become women, nor do transgendered women become men.”

All such people, he explained in an article for The Witherspoon Institute,  “become feminized men or masculinized women, counterfeits or impersonators of the sex with which they ‘identify.’”

Dr. McHugh, who was psychiatrist-in-chief at Johns Hopkins Hospital for 26 years, the medical institute that had initially pioneered sex-change surgery – and later ceased the practice – stressed that the cultural meme, or idea that “one’s sex is fluid and a matter of choice” is extremely damaging, especially to young people

The idea that one’s sexuality is a feeling and not a biological fact “is doing much damage to families, adolescents, and children and should be confronted as an opinion without biological foundation wherever it emerges,” said Dr. McHugh in his article, Transgenderism: A Pathogenic Meme. 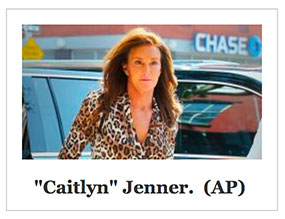 “I am ever trying to be the boy among the bystanders who points to what’s real,” said Dr. McHugh, who is also professor of Psychiatry and Behavioral Sciences at Johns Hopkins.  “I do so not only because truth matters, but also because overlooked amid the hoopla—enhanced now by Bruce Jenner’s celebrity and Annie Leibovitz’s photography—stand many victims.”

“Think, for example, of the parents whom no one—not doctors, schools, nor even churches—will help to rescue their children from these strange notions of being transgendered and the problematic lives these notions herald,” warned McHugh.

They rarely find therapists who are willing to help them “work out their conflicts and correct their assumptions,” said McHugh. “Rather, they and their families find only ‘gender counselors’ who encourage them in their sexual misassumptions.” 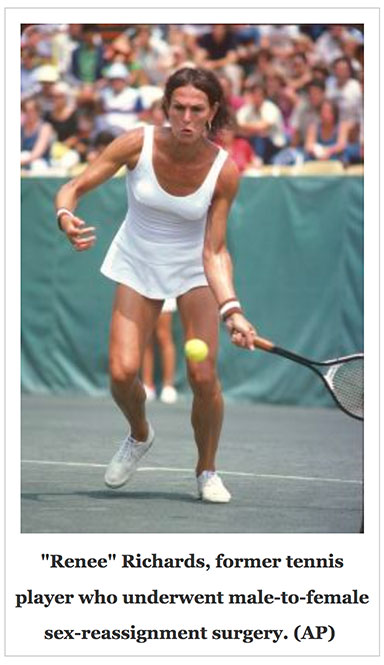 In addition, he said, “both the state and federal governments are actively seeking to block any treatments that can be construed as challenging the assumptions and choices of transgendered youngsters.

“As part of our dedication to protecting America’s youth, this administration supports efforts to ban the use of conversion therapy for minors,” said Valerie Jarrett, a senior advisor to President Obama, as quoted by Dr. McHugh in his article.

However, there is plenty of evidence showing that “transgendering” is a “psychological rather than a biological matter,” said Dr. McHugh.

“In fact, gender dysphoria—the official psychiatric term for feeling oneself to be of the opposite sex—belongs in the family of similarly disordered assumptions about the body, such as anorexia nervosa and body dysmorphic disorder,” said McHugh.

“Its treatment should not be directed at the body as with surgery and hormones any more than one treats obesity-fearing anorexic patients with liposuction,” he said.

In fact, at Johns Hopkins, where they pioneered sex-change-surgery, “we demonstrated that the practice brought no important benefits,” said Dr. McHugh. “As a result, we stopped offering that form of treatment in the 1970s.”

In recent years, though, the notion that one’s sex is fluid has flooded the culture. It is “reflected everywhere in the media, the theater, the classroom, and in many medical clinics,” said McHugh.

It is biologically false that one can exchange one’s sex, explained McHugh. 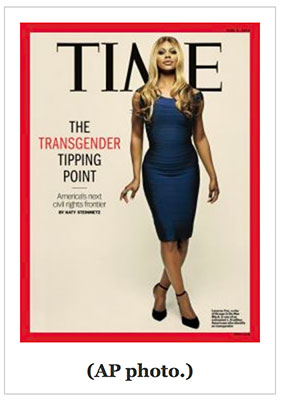 “Transgendered men do not become women, nor do transgendered women become men,” he said.  “All (including Bruce Jenner) become feminized men or masculinized women, counterfeits or impersonators of the sex with which they ‘identify.’ In that lies their problematic future.”

When “the tumult and shouting dies,” McHugh continued, “it proves not easy nor wise to live in a counterfeit sexual garb. The most thorough follow-up of sex-reassigned people—extending over 30 years and conducted in Sweden, where the culture is strongly supportive of the transgendered—documents their lifelong mental unrest.”

“Ten to 15 years after surgical reassignment, the suicide rate of those who had undergone sex-reassignment surgery rose to 20 times that of comparable peers,” said McHugh.

Nonetheless, the false “assumption that one’s sexual nature is misaligned with one’s biological sex,” can be treated with therapy and medication, said McHugh.

He further stressed that, “What is needed now is public clamor for coherent science—biological and therapeutic science—examining the real effects of these efforts to ‘support’ transgendering.”

“But gird your loins if you would confront this matter,” warned Dr. McHugh.  “Hell hath no fury like a vested interest masquerading as a moral principle.” 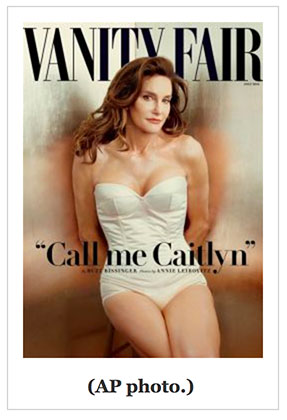 Dr. McHugh’s article, Transgenderism: A Pathogenic Meme, can be read in full at the website of The Witherspoon Institute.

Trackback URL for this entry: http://kickthemallout.com/trackback.php/John_Hopkins_Psychiatrist-Transgender_Men_Dont_Become_Women-They_Become_Feminized_Men-Impersonators