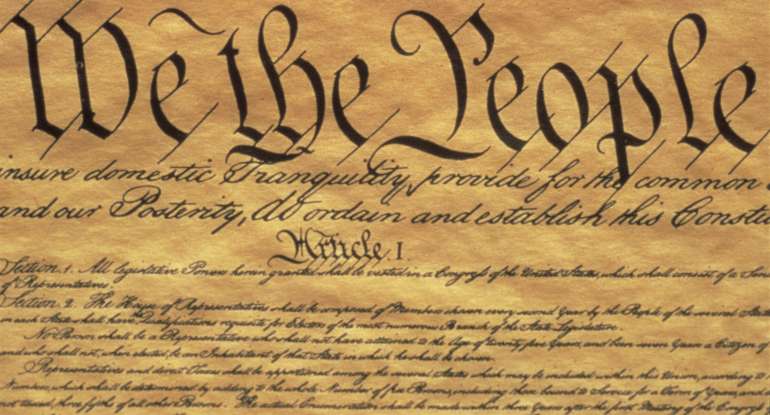 On Monday, the 5th Circuit Court of Appeals breathed new life into the Constitution in an era of stifling bureaucratic "progressivism." For nearly 100 years, progressive leaders have been creating administrative agencies that effectively insulate the process of lawmaking from the clear limits in the Constitution. This ruling will help pare back the bureaucratic hydra.

"Agencies that have been making law now for decades are going to get more scrutiny, I'm sure of it," Thomas Jipping, senior legal fellow at the Heritage Foundation, told PJ Media on Tuesday. "This case is a strong precedent for a core principle of the Constitution."

In Collins v. Mnuchin, the 5th Circuit ruled that the Federal Housing Finance Agency (FHFA) was unconstitutional because it had too much "insulation" from the presidency. As an administrative agency, FHFA came under the purview of the president's powers under the Constitution. The 5th Circuit ruled that Congress had insulated the agency from presidential control, effectively stealing his authority under Article II of the Constitution.

"The outer limit of Congress's ability to insulate independent agencies from executive oversight is the President's Article II obligation to ensure that the nation's laws are faithfully executed," Chief Judge Carl Stewart and Judges Catharina Haynes and Don Willett wrote in a unanimous ruling (with partial dissents from Stewart and Willett).

The court ruled that FHFA is unconstitutional because of the "combined effect" of five reasons: the agency's director can only be removed "for cause," the agency has only one director with complete power, there is no requirement for bipartisan leadership, FHFA's funding comes outside the normal appropriations process, and the Federal Housing Finance Oversight Board has a purely advisory oversight role.

To remedy this, the court struck down part of the law creating FHFA, the 2008 Housing and Economic Recovery Act (HERA), and made the FHFA director dismissible for any reason.

The case involved shareholders for the two government-chartered private loan companies: the Federal National Mortgage Association ("Fannie Mae") and the Federal Home Loan Mortgage Corporation ("Freddie Mac"). In the terms of a 2012 agreement between FHFA and the Treasury Department, Treasury provided billions of taxpayer dollars in capital, but Fannie and Freddie were required to pay the Treasury quarterly dividends equal to their entire net worth. Investors were ticked.

The 5th Circuit did not make a specific ruling on the agreement in question, but it did remand the case back to a lower court to handle details.

Striking down FHFA as unconstitutional sent a clear and powerful message, however. The legacy of progressive bureaucracy has gone too far. The courts will uphold the Constitution.

This case sets a precedent that could encourage more constitutional challenges to bureaucratic overreach.

"I am confident that a decision like this one does empower those who have been concerned about the executive branch exceeding their constitutional authority to actually look for concrete challenges," Jipping, the Heritage legal scholar, told PJ Media. Those wishing to return the U.S. government to the limits prescribed by the Constitution will be able to launch legal assaults against bureaucratic overreach.

"We're not talking about a seminar topic here," Jipping quipped. "We're talking about actual lawsuits challenging actual agencies. This is the kind of case that can help make that transformation, to turn ideas into lawsuits."

Daniel Press, a policy analyst at the Competitive Enterprise Institute (CEI), agreed. In fact, he argued that the case should undermine the Consumer Financial Protection Bureau (CFPB), a regulatory agency created by the 2010 Dodd–Frank Wall Street Reform and Consumer Protection Act.

The five features of the FHFA that the 5th Circuit interpreted as unconstitutional "are almost identical to what the CFPB exhibits," Press told PJ Media. "Even more interesting, there is currently a constitutional challenge to the CFPB's structure at the 5th circuit. It would seem pretty clear then that the ruling does not bode well for the Bureau."

Indeed, the court's opinion went out of its way to argue that CFPB is not quite as egregious as FHFA, and not unconstitutional. "With respect to the Consumer Financial Protection Bureau ('CFPB'), the President, through the Financial Stability Oversight Council ('FSOC'), can influence the CFPB’s activities"... and "this veto is a 'powerful' oversight mechanism" as opposed to the "purely advisory oversight role" of the Federal Housing Finance Oversight Board.

On that point, Press emphatically disagreed. "FSOC is for all practical purposes a toothless check on the Bureau," he explained. The "oversight mechanism" means little.

"All CFPB regulations become final unless a supermajority of FSOC members — mostly independent agencies and the CFPB itself — vote it down," Press noted. "And even then, they can only overturn a rule or action if it threatens the entire U.S. financial system. That is an almost insurmountable task for a consumer protection regulation to do."

The Trump administration proves that the president does not control CFPB through FSOC, Press explained. "It is certain that this administration did not agree with the payday lending rule promulgated during its tenure by an Obama-appointed Director," Richard Cordray, the first-ever director of the Consumer Financial Protection Bureau, said. "But regulating payday lending does not come close to endangering the financial system, so it could not be overturned. Nor is it very likely that FSOC would have done anything to overturn it anyway."

While the 5th Circuit Court in Collins v. Mnuchin argued that the FHFA is alone, "and its unique constellation of insulating features offends the Constitution's separation of powers," its ruling sets a powerful precedent in restraining the administrative state.

Questions of constitutionality and bureaucratic overreach may seem abstract, but federal red tape costs a great deal to the U.S. economy. If the costs of federal regulation flowed down to U.S. households, they would cost the average American family $14,809 in a hidden regulatory tax.

Furthermore, these agencies create the possibility of a "deep state," a situation where the outgoing president (like Barack Obama) leaves people in charge who are hostile to the agenda of a new president (like Donald Trump). The 5th Circuit warned that due to the structure of the FHFA, "[a] President may be stuck for years with a [FHFA] Director who was appointed by the prior President and who vehemently opposes the current President's agenda."

In other words, administrative agencies deprive the American voter of agency. When a new president is elected, the unelected bureaucrats can nevertheless thwart him or her, regardless of the people's will.

Collins v. Mnuchin is a key step back to the clear limits of the Constitution, which provides maximal defense to individual liberty. It may enable future courts to dismantle the unconstitutional excesses of the administrative state, returning the country to the founders' vision.

Trackback URL for this entry: http://kickthemallout.com/trackback.php/Federal_Court_Puts_Progressive_Bureaucrats_On_Notice-The_Constitution_Is_Back_In_Business