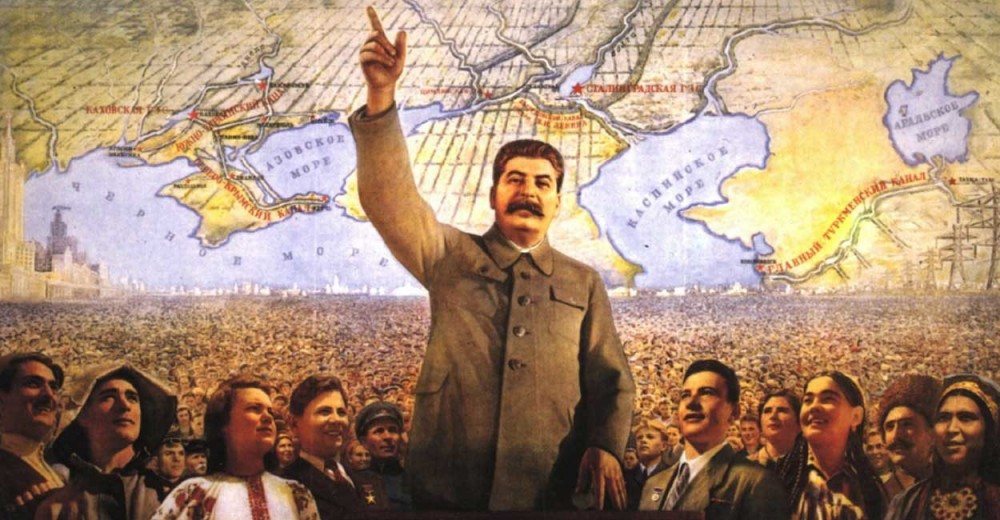 “Let there be floods of blood,” declared Krasnaia gazeta, the official newspaper of the Red Army in 1918. From the enemies of the revolution, there should be “more blood, as much as possible.”

A few months before, the Bolsheviks had seized power from the provisional government that had been installed in the final days of Russia’s Romanov dynasty. The revolution ushered in what would become a century of ghastly sadism.

The world will mark the 100th anniversary of that revolution this November 7. Yet while the Soviet Union is no more and communism has been discredited in most eyes for many years, it is hard even now to grasp the sheer scale of agony imposed by the brutal ideology of collectivism.

Few now dare question the degree of human misery that communism inflicted. Yet there were many, during its height, who fell victim to what Solzhenitsyn called “the desire not to know.” They either refused to acknowledge the facts staring them in the face, or actively tried to cover them over with lies.

Walter Duranty, the New York Times reporter who won a Pulitzer for denying the truth of Soviet famine, might be the most famous. (The Times eventually conceded that Duranty’s coverage was disgraceful, but the Pulitzer board has never revoked the award.) Yet there were legions of others, a few of whom continue to insist even today that communism really was not so bad.

For some time, debate also roiled over whether Joseph Stalin’s summary executions, liquidations, forced labor camps, and endless other crimes against the Russian people were a departure from the so-called ideals of the revolution, or their all-but-inevitable result. The opening of Soviet archives put that debate to rest: Russian communism was a regime of terror from the very beginning.

In 1918 Iakov Peters, deputy to Felix Dzerzhinsky, head of the secret police, declared that “anyone daring to agitate against the Soviet government will immediately be arrested and placed in a concentration camp.” The enemies of the working class, he promised, would be met with “mass terror.”

For sanction, Peters had the word of none other than Lenin himself. “Hang (hang without fail, so the people see) no fewer than one hundred known kulaks, rich men, bloodsuckers,” Lenin ordered in 1918. “Publish their names. Take from them all the grain. Designate hostages. Do it in such a way so that for hundreds of versts around people will see, tremble, know, shout: They are strangling, strangling to death the bloodsucker kulaks.” (The term “kulak” referred to peasants well-off enough to hire workers.) "It is necessary secretly — and urgently — to prepare the terror,” he ordered shortly thereafter.

Over the next several months the secret police of the Cheka carried out mass executions in a campaign that would become known as the Red Terror. In “Red Victory,” W. Bruce Lincoln writes that one early estimate claimed the Cheka shot “more than eight thousand people in the twenty provinces of Central Russia before the end of July 1919, but by all accounts that figure was a gross understimate.”

It was also just the beginning.

In 1997, a French publisher published "The Black Book of communism,” which tried to place a definitive figure on the number of people who died by communism’s hand: 65 million in China, 20 million in the Soviet Union, 2 million in Cambodia, 2 million in North Korea, and so on — more than 90 million lives, all told.

Many of them died by famine. But the famines were man-made disasters: the result of expropriation, forced collectivization, and other policies. In 2013, Yang Jisheng told The Guardian about the effects of the Great Famine in China, which killed tens of millions between 1958 and 1961: “People died in the family and they didn’t bury the person because they could still collect their food rations; they kept the bodies in bed and covered them up and the corpses were eaten by mice. People ate corpses and fought for the bodies. In Gansu they killed outsiders; people told me strangers passed through and they killed and ate them. And they ate their own children. Terrible. Too terrible.”

The publication of the Black Book precipitated a debate over whether communism was as bad as Naziism. There might be a technically correct answer to that question, but it seems perverted to ask. It’s like asking whether you’d rather watch your children murdered by strangling or by drowning. Taking sides in such a debate at all borders on depraved.

But depravity was woven into the sinews of communism by its very nature. The history of the movement is a history of sadistic “struggle sessions" during the Cultural Revolution, of gulags and psychiatric wards in Russia, of the torture and murder of teachers, doctors, and other intellectuals in Cambodia, and on and on.

This confounds those who look at the idea of communism and see something noble: a classless society in which everyone is, blessedly, equal — where there is no want, no envy, and no greed. Yet while that vision, however fanciful, might hold some surface appeal, it ignores the necessary means to the desired end. Because the only practical manner by which such a society conceivably might be attained is to subordinate the individual to the collective, wholly and utterly. Individual wants and wishes — indeed, any personal autonomy except of the most minimal sort — must be set aside for the sake of the planned society.

Human freedom, in communist society, is an obstacle to higher ends, since it interferes with social regulation and can even lead people to question the government. As Friedrich Engles himself wrote: “Political liberty is sham-liberty.”

Despite this gruesome butcher’s bill, you still find those who harbor a soft spot for communism. You see it in the posters and T-shirts lionizing the murderous Che Guevara. And in The New York Times’ current series on the “Red Century,” which includes pieces on “Why Women Had Better Sex Under Socialism” (“Yes, there was repression behind the Iron Curtain. But it wasn’t sexual”) and “Lenin's Eco-Warriors” (“How did Russia ... become a global pioneer in conservation? Much of the answer begins with Vladimir Ilyich Lenin.”)

Pause for a moment to read those sentences with “Naziism” and “Hitler” in place of “socialism” and “Lenin.” Yes, Hitler murdered millions of Jews, but ...

Moral vacuity like that partly explains the results of a poll last year for the Victims of Communism Memorial Foundation. It found that 21 percent of young people said they would be willing to vote for a communist. It also found that a third of millennials think more people died under George W. Bush than under Stalin. Twenty-five percent of millennials who had heard of Lenin had a positive view of him.

Santayana probably was not speaking the literal truth when he said those who forget the past are condemned to repeat it. But forgetting the past certainly makes its repetition, or at least its imitation, more likely. Which is why the world would be doing the future a favor if it spent the next couple of months reflecting somberly on the past century of communism’s blood-soaked history.

Trackback URL for this entry: https://kickthemallout.com/trackback.php/A_Century_of_Ghastly_Communist_Sadism