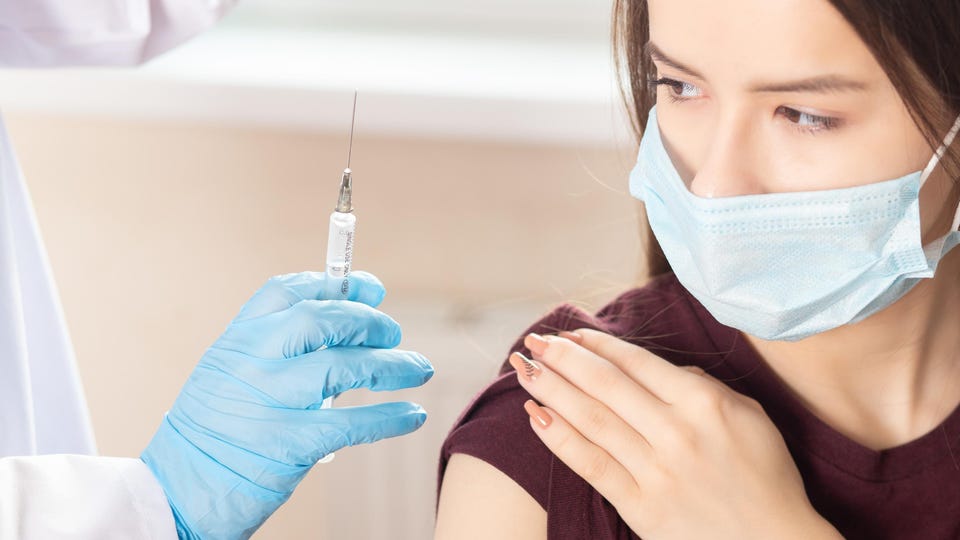 New evidence has emerged that the mRNA COVID-19 vaccines are routinely injuring the heart of all vaccine recipients, raising further questions about their safety and their role in the recent elevated levels of heart-related deaths.

The latest evidence comes in a study from Switzerland, which found elevated troponin levels – indicating heart injury – across all vaccinated people, with 2.8% showing levels associated with subclinical myocarditis.

The official line on elevated heart injuries and deaths, where they are acknowledged, is that they are most likely caused by the virus as a post-Covid condition rather than the vaccines.

However, expert group HART (Health Advisory and Recovery Team) has pointed to Australia as a “control group” on this question. HART notes that even though Australia had not had significant Covid (only 30,000 reported infections and 910 deaths) prior to mid-2021, it still saw a trend in excess non-Covid deaths beginning in June 2021 (see below). HART notes that Australia “did not have prior Covid as a reason for seeing this rise in mortality and hospital pressure from spring 2021”. Instead, “the results from this control group indicate that the cause of this rise in deaths, particularly in young people, must be something in common with Australia, Europe and the USA”.

In New Zealand, economist John Gibson found a temporal association between boosters and excess deaths, estimating “16 excess deaths per 100,000 booster doses” (see below). He noted that the age distribution of the deaths corroborated the hypothesis: “The age groups most likely to use boosters show large rises in excess mortality after boosters are rolled out.”

In Japan, Guy Gin reports that Professor Seiji Kojima of Nagoya University found the same correlation during the booster rollout in January to March 2022 (see below) – a time when most excess deaths were not with Covid.

In Israel, a study in Nature observed a similar trend for 16-39 year-olds, with cardiac arrest emergency calls rising and falling with the first and second doses and then rising and falling again after doses for recovered individuals.

As to cause, Dr. Michael Palmer and Dr. Sucharit Bhakdi at Doctors for Covid Ethics have set out what they deem “irrefutable proof of causality” that mRNA vaccines are causing vascular and organ damage. From studies and autopsy evidence the medical experts show:

They explain that autopsy evidence shows that “the strong expression of spike protein in heart muscle after vaccination correlates with significant inflammation and tissue destruction”. They add that “vaccine-induced vascular damage will promote blood clotting, and clotting-related diseases such as heart attack, stroke, lung embolism are very common in the adverse events databases”.

A recent case report in Vaccines of an autopsy conducted on a 76-year-old man who died three weeks after receiving his third COVID-19 vaccination confirms the role of the vaccine. It found the presence of spike protein but not the nucleocapsid protein in the deceased man’s brain and heart, proving that the vaccine (which unlike the virus only produces the spike protein) was the cause of the deadly inflammation.

In the heart, signs of chronic cardiomyopathy as well as mild acute lympho-histiocytic myocarditis and vasculitis were present. Although there was no history of COVID-19 for this patient, immunohistochemistry for SARS-CoV-2 antigens (spike and nucleocapsid proteins) was performed. Surprisingly, only spike protein but no nucleocapsid protein could be detected within the foci of inflammation in both the brain and the heart, particularly in the endothelial cells of small blood vessels. Since no nucleocapsid protein could be detected, the presence of spike protein must be ascribed to vaccination rather than to viral infection. The findings corroborate previous reports of encephalitis and myocarditis caused by gene-based COVID-19 vaccines.

A case report of the autopsy of a 55-year-old patient who died four months after receiving a Pfizer jab as a second dose (his first dose was AstraZeneca) made similar findings.

SARS-CoV-2 Spike protein, but not nucleocapsid protein was sporadically detected in vessel walls by immunohistochemical assay. The cause of death was determined to be acute myocardial infarction and lymphocytic myocarditis. These findings indicate that myocarditis, as well as thrombo-embolic events following injection of spike-inducing gene-based vaccines, are causally associated with a injurious immunological response to the encoded agent.

A recent meta-analysis claimed to find that the risk of myocarditis is “more than seven fold higher in persons who were infected with the SARS-CoV-2 than in those who received the vaccine”. It claims this supports “the continued use of mRNA COVID-19 vaccines among all eligible persons per CDC and WHO recommendations”.

However, critics have pointed out the numerous flaws in this meta-analysis and highlighted that it is at odds with a major Nordic study of 23 million people that found the risk of hospitalisation post-vaccination in 16-24 year old males was up to 28 times higher than the risk post-Covid. At the Daily Sceptic we have written about this study as well as a number of other studies with similar findings, including ones from France, England and the U.S. (alongside critiques of studies that purport to show otherwise). A study from Israel confirms the elevated risk from vaccination and states: “We did not observe an increased incidence of neither pericarditis nor myocarditis in adult patients recovering from COVID-19 infection.” A study from Italy found a similar absence of elevated myocarditis during the pre-vaccination pandemic period.

We should also note that vaccination does not prevent Covid infection so the risks are additive and the comparison between vaccination risk and infection risk is false. Cardiovascular injury also is not the only serious adverse event associated with these vaccines. A recent study by researchers from Harvard, Oxford and Johns Hopkins University (among others) found that the mRNA vaccines are up to nearly 100 times more likely to cause a person of student age serious injury than prevent him or her from being hospitalised with COVID-19.

Most of these studies only look at clinical adverse events, i.e., events serious enough to warrant medical assistance. Studies are now emerging which show these clinical events to be just the tip of the iceberg of a far larger number of subclinical injuries. A study in Thailand found cardiovascular adverse effects in around a third of teenagers (29.2%) following Pfizer vaccination and subclinical heart inflammation in one in 43 (2.3%).

The Swiss study mentioned above was recently highlighted by Dr. Vinay Prasad and comes from the European Society of Cardiology. It confirms the Thai result, finding at least 2.8% with subclinical myocarditis (possibly more as the researchers excluded half the cases as possibly from another cause). Dr. Prasad observes that this means subclinical myocarditis is hundreds of times (“two orders of magnitude”) more common than clinical myocarditis. The rates were highest in women at 3.7%, which is one in 27 vaccinated. (Dr. Prasad notes this is different to the Thai study, which found the usual higher rates in males; he suggests it may be related to how the researchers excluded cases.)

Crucially, the study found elevated troponin levels – indicating heart injury – across all vaccinated people (see chart above, where the dark lines being shifted to the right of the fainter control group lines implies elevated levels throughout the vaccinated population). This indicates the vaccine is routinely injuring the heart (an organ which does not heal well) and that the known injuries are just the more severe instances of a far larger number occurring right across the board.

These injuries are not necessarily short and over with quickly. Studies have shown that spike protein is still being found in the blood of many vaccinated people at least four months after vaccination, suggesting it is still being produced in some way. The mechanism of this long-term production of spike protein by the body has not been identified (is the genetic code being incorporated into the cell’s DNA?). But if cells in the cardiovascular system and elsewhere are still producing this pathogenic and inflammatory protein for months on end, the risk of auto-immune injury as identified in the autopsies above greatly increases. Such an auto-immune injury may be triggered by re-challenge by the virus ramping up the immune response to the spike protein, which may explain why excess non-Covid deaths often accompany Covid waves.

There is now considerable evidence that mRNA vaccines are routinely injuring the heart, with raised troponin levels across the board and subclinical myocarditis in up to one in 27 cases or more. These are not rare events, as is often claimed by medical authorities and in the media. They are alarmingly common.

Trackback URL for this entry: https://kickthemallout.com/trackback.php/mRNA_Vaccines_Injure_the_Heart_of_ALL_Vaccine_Recipients