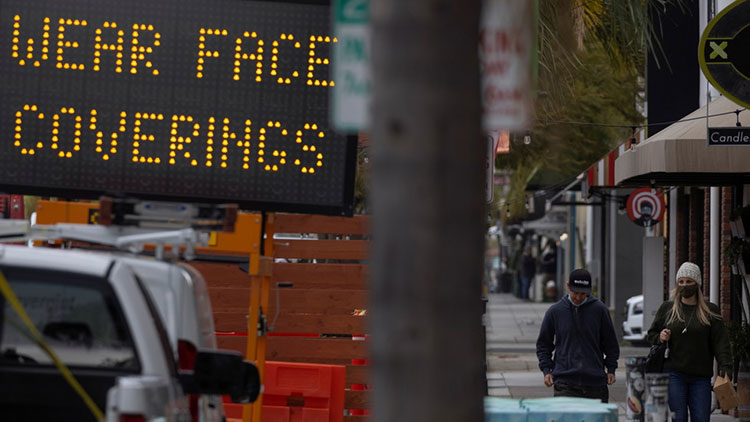 RT.com
Wisconsin’s Republican-controlled Senate has voted to end Governor Tony Evers’ face mask order, with lawmakers arguing the government overstepped its authority by extending emergency mandates without approval from the legislature.
The state Senate voted 18-13 to pass the joint resolution on Tuesday, deeming the Democratic governor’s emergency health orders “unlawful.” The bill applies not only to Evers’ most recent declaration last week, but to “all actions of the governor and all emergency orders” issued throughout the pandemic, including the statewide requirement for mask-wearing in public.

Wisconsin Republicans have blasted the emergency mandates as unconstitutional, with GOP state Senator Duey Stroebel arguing on Tuesday that “it is not OK or normal or inevitable or necessary to indefinitely suspend the lawmaking process.”

There is no such thing as a perpetual emergency.

.@GovEvers does not have limitless power and today the Wisconsin Senate reminded the governor that he is not above the law and his endless string of emergency declarations will not stand. #wiright#SJR3#covid19#wipolitics

Before it becomes law, the measure must also pass through Wisconsin’s State Assembly, where the GOP carries a 58-30 majority. The lower chamber is set to take up the bill on Thursday, which, if passed, would mark the first pandemic-related action taken by the legislature since April.

While Evers has insisted he has legal authority to issue multiple emergency declarations, arguing the threat of the virus changes over time, Republicans say he should have secured approval from lawmakers after his first mandate expired in May.

“Legislative oversight is rendered useless if the governor ignores the temporal limitations on the emergency powers by continuously reissuing emergency declarations for the same emergency,” the Senate resolution states, adding that Evers had “no authority” to impose mandates unilaterally after May 11, 2020.

Under Wisconsin law, legislators can halt a governor’s health emergency through a majority vote, which cannot be vetoed.

Democratic lawmakers have denounced the GOP-led effort to kill the mask order, which Milwaukee Senator Chris Larson called a “basic test of what government is supposed to do.”

“Are we going to start saying that seatbelts, taking off your seatbelt, is a sign of independence? And therefore flying through a windshield when you get in an accident is the utmost way to exercise your liberty?” Larson said.

Two Republican senators, Rob Cowles and Dale Kooyenga, joined Democrats across the aisle in opposing the measure, with Kooyenga arguing that while he agrees Evers has exceeded his legal authority, he believes the resolution would prolong school closures. Cowles, meanwhile, said he is concerned the bill will send the “wrong message” about masks.

The new Senate resolution comes after Wisconsin’s highest court shot down Evers’ stay-at-home order in May, deeming it “unlawful, invalid, and unenforceable,” however the governor has nonetheless continued to renew other emergency measures since.

The Republican drive to end Evers’ sweeping health mandates mirrors similar efforts in other states, such as in Michigan, where the state Supreme Court ruled that Governor Gretchen Whitmer had no authority to extend emergency orders beyond April 30, when the state’s first mandate expired. Similar to arguments by the Wisconsin GOP, Michigan’s Republicans also insisted any further orders would need approval from the state house.

Trackback URL for this entry: https://kickthemallout.com/trackback.php/Wisconsin_Senate_Greenlights_Masure_To_Kill_All_Governors_COVID-Related_Emergency_Orders