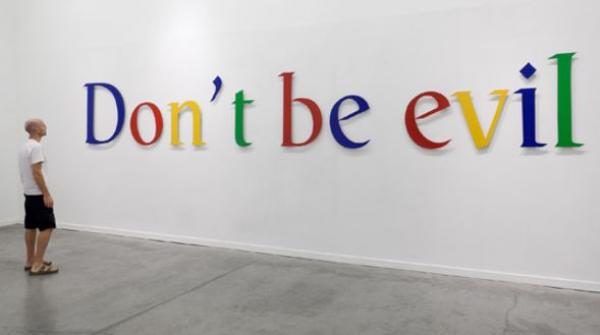 So what do you do when you fail to elect your chosen candidate and your former political allies and mainstream media turn against you by painting you not as the 'progressive', open-minded, friendly tech company that you used to be but as an evil, racist, Russian-colluding corporate villain intent upon destroying all that is sacred in the world?  Well, you just buy the media, of course.

As Poynter notes today, after a series of public relations debacles in recent weeks, from the firing of James Damore to news last week that Google's algos served up some fairly disturbing keywords to potential advertising buyers (e.g. "Why Do Black People Ruin Neighborhoods"), Google is ramping up its media presence with the announcement that the Google News Lab will be working with Report For America (RFA) to hire 1,000 journalists all around the country.

Many local newsrooms have been cut to the bone so often that there's hardly any bone left. But starting early next year, some may get the chance to rebuild, at least by one.

On Monday, a new project was announced at the Google News Lab Summit that aims to place 1,000 journalists in local newsrooms in the next five years. Report For America takes ideas from several existing organizations, including the Peace Corps, Americorps, Teach for America and public media.

Unlike foreign or domestic service programs or public media, however, RFA gets no government funding. But they are calling RFA a national service project. That might make some journalists uncomfortable  – the idea of service and patriotism. But at its most fundamental, local journalism is about protecting democracy, said co-founder Charles Sennott, founder and CEO of the GroundTruth Project.

"I think journalism needs that kind of passion for public service to bring it back and to really address some of the ailments of the heart of journalism," he said.

Here's how RFA will work: On one end, emerging journalists will apply to be part of RFA. On the other, newsrooms will apply for a journalist. RFA will pay 50 percent of that journalist's salary, with the newsroom paying 25 percent and local donors paying the other 25 percent. That reporter will work in the local newsroom for a year, with the opportunity to renew.

Meanwhile, as a further testament to RFA's 'independence, we noticed that their Advisory Board is flooded with reputable, 'impartial' news organizations like the New York Times, NPR, CBS, ABC, etc.... 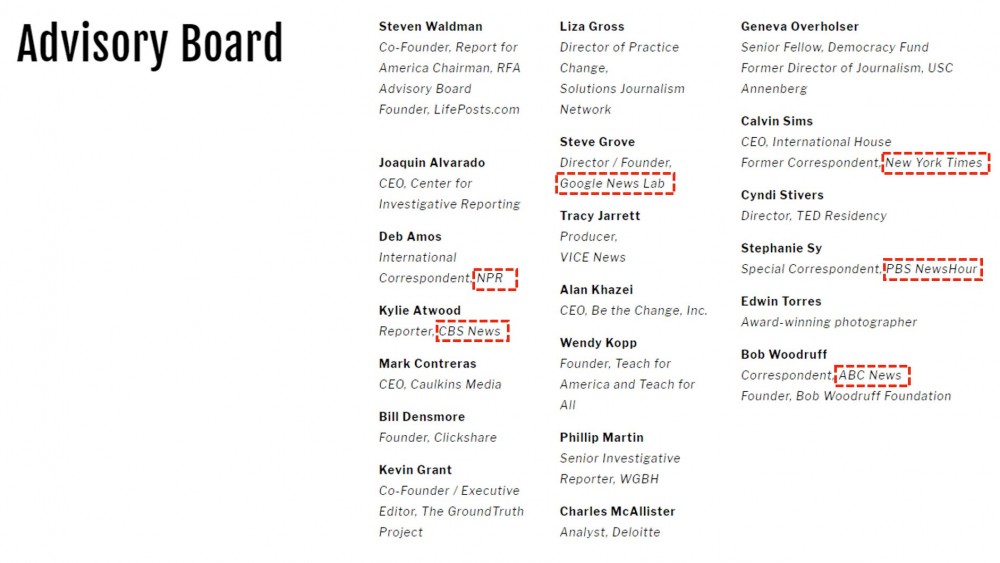 That said, as Jeff Bezos found out this morning, you can buy the media outlet but that doesn't necessarily mean you can buy their loyalty (see: Did WaPo Break The Law When It Disciplined A Writer For This Negative Article On Jeff Bezos?)....

Trackback URL for this entry: http://kickthemallout.com/trackback.php/Why_Is_Google_Hiring_1000_Journalists_To_Flood_Newsrooms_Around_America