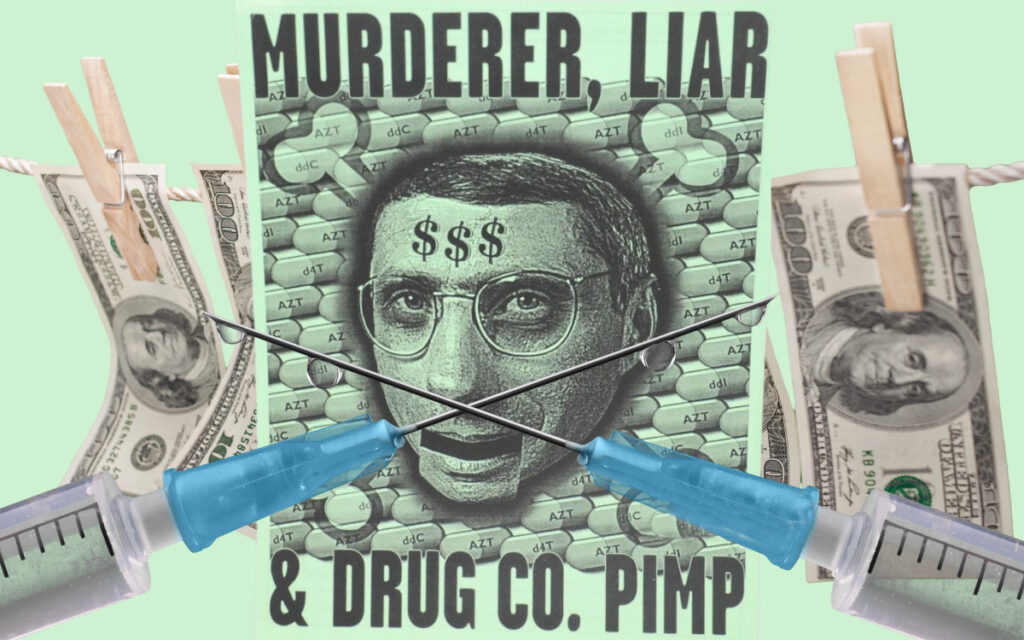 The COVID-19 pandemic caused untold heartache around the globe. In America, people lost their livelihoods, loved ones, and businesses. The massive wave of repercussions from the government’s reaction to the pandemic is still playing out. But among all the turmoil, loss of life, and suffering was Dr. Anthony Fauci. Positioning himself at the forefront of the pandemic, Fauci not only became a household name practically overnight, but he amassed a sizable fortune while doing so. Just in 2019 alone, Fauci made $417,608. He is also the highest paid government employee in all the federal government. But the doctor’s rise to fame and power wasn’t necessarily a coincidence.

A new three-part series called “Fauci Unmasked,” which was produced by the Daily Wire and hosted by Michael Knowles, dives into the deep, dark past of Dr. Fauci and how his gain to power didn’t start with COVID-19 but the AIDS epidemic.

Knowles didn’t just skim through the doctor’s past as he highlighted in the video below that Fauci was caught performing unethical experiments that were not in line with the FDA. To make it worse, this wasn’t only in America as Dr. Fauci moved operations all over the world. One of his most startling accusations came when Dr. Fauci was accused on testing a drug meant for AIDS patients on foster kids. According to the video, there was no protection put in place either.

Moving past the AIDS epidemic, Knowles detailed how Dr. Fauci transitioned to creating a vaccine for Anthrax. Needing money to fund the research, the doctor diverted over $117 million for AIDS research to help “advanced development” of the anthrax vaccine. The following year, Fauci once again diverted money to help fight bioterrorism. That amount was for a whopping $5.6 billion.

Speaking about the series, Knowles admitted, “It is no exaggeration to say that Dr. Fauci is the most powerful politician in America, which is itself the most powerful nation on earth. He’s the highest-paid employee of our federal government and the only person that the President of the United States has said he would not under any circumstances fire.

“Over the past two years, he has completely upended our society, our civil liberties, and our way of life according to his whims, which have changed on a weekly and sometimes daily basis. And yet the public has known almost nothing about how this diminutive bureaucrat came to wield such enormous political power. Until now.”

You can watch the full series here: https://www.dailywire.com/show/fauci-unmasked

Trackback URL for this entry: https://kickthemallout.com/trackback.php/V-How_Fauci_Used_the_AIDS_Epidemic_to_Gain_Power_and_Become_the_Figurehead_of_Medical_Tyranny