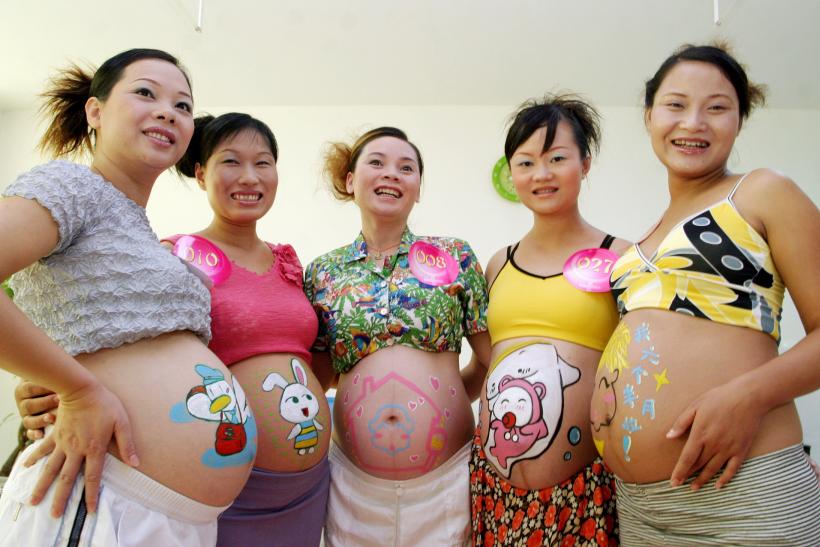 Some pregnant foreign women pay as much as $100,000 to be ferried into the U.S. on a visitor’s visa, arriving in time to give birth on American soil, instantly earning their new baby citizenship.

The Trump administration on Thursday announced a new policy designed to put an end to that kind of “birth tourism.”

Under new rules taking effect Friday, State Department consular officials will now be able to refuse to grant short-term tourism or business visas to women they believe are attempting to travel solely for the purpose of having their womb be on U.S. soil at the time they deliver.

The department called birth tourism ‘a threat to the security of the United States,” and the White House said the very integrity of U.S. citizenship is at stake.

Only women believed to be traveling specifically to give birth on tourist visas would be denied.

Women seeking visas for other purposes but who are still likely to give birth would still be able to come, said Carl C. Risch, assistant secretary at the State Department, in the government’s filing in the Federal Register. Women coming to the U.S. for specialized medical care for their pregnancies would be able to argue the merits of their cases, he said.

But the administration said it was important to establish the principle.

“The department does not believe that visiting the United States for the primary purpose of obtaining U.S. citizenship for a child, by giving birth in the United States — an activity commonly referred to as ‘birth tourism’ — is a legitimate activity for pleasure or of a recreational nature, for purposes of consular officers adjudicating applications for B nonimmigrant visas,” he wrote.

He said the rules need to take effect immediately, without public hearings or comment, because of the national security implications.

Wealthy Russians and Chinese are among the biggest practitioners of birth tourism, and Mr. Risch warned enemy countries could use any public comment period to try to rally opposition to the change.

Jessica Vaughan, a former State Department officer and now policy studies director at the Center for Immigration Studies, said the new rule is a first step.

“It puts all potential birth tourists on notice that they are being scrutinized,” she said.

But she said border officers should be empowered too, along with State Department employees. Under the U.S. system, the State Department approved the visas, but it’s Homeland Security’s Customs and Border Protection officers who have final say on admitting someone at a port of entry.

CIS, in a report last month, calculated that about 33,000 women on short-term business or tourism passes, known as B visas, give birth in the U.S. each year.

Another 39,000 foreign women here on other visas, such as student or work visas, also give birth. They would not be subject to the new rule. Neither would the hundreds of thousands of births to illegal immigrant women.

Under current law, almost anyone born on American soil is automatically deemed a citizen. The policy is dubbed “birthright citizenship.”

President Trump has talked about attempting to change that policy through executive action, but he has not followed through.

Most legal experts doubt he has the power to change it — though there’s a larger debate over whether Congress could change it, or whether it would require amending the Constitution’s 14th Amendment.

Ms. Vaughan said that would be the more permanent solution to birth tourism.

In the meantime, authorities have begun to bring cases where they can, including charges last year against 19 people accused of running birth tourism operations in Southern California, aimed at wealthy Chinese women.

They paid up to $100,000, were coached on how to get visas and how to conceal their pregnancies from consular officials and border officers, then kept in apartments here for the final months of their pregnancies so they could deliver on U.S. soil and trigger the automatic citizenship policy.

One of the 19 pleaded guilty in September to her role. Her operation, You Win USA Vacation Services Corp., was responsible for 500 birth tourists, and she collected $3 million in fees over two years.

There was, however, no sanction for the women who gave birth. Immigration officials said it’s not against the law. As for the children themselves, once they have citizenship, it’s not revoked.

In addition to China, Russia is another major source of birth tourism.

Kick Them All Out Project
http://kickthemallout.com/article.php/US_Labels_Birth_Tourism_a_National_Security_Threat