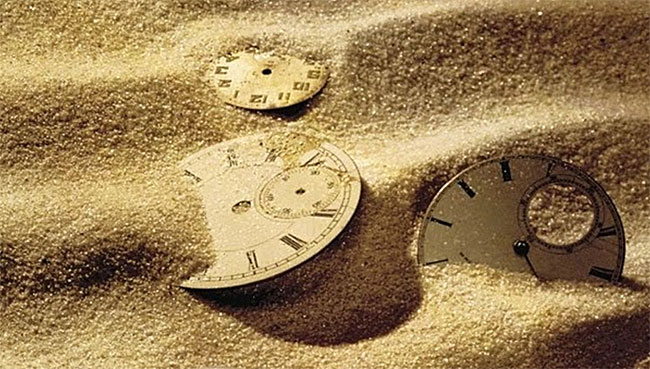 As the radical left endeavors to remove American history piece by piece from the public square, those who value logic and reason find themselves seeking a voice in the current madness. Thus far, this relatively silent group is either incredulous and at a total loss for words or lacks the audacity to go against the tide. Where is the declaration from influential people that removing the parts of history that we don’t like will never allow this nation to reach its potential? Further, how can we make sense of historical men and women if we remove the culture and conditions in which they lived? History – all of it, the sacred and profane – guides us toward making better decisions for the future. Thus, the leftist public statue pogrom may seem innocuous, but such actions take us down the pernicious road to a dangerous philosophy known as presentism.

Presentism is defined as an “uncritical adherence to present-day attitudes, especially the tendency to interpret past events in terms of modern values and concepts.” When teased out, this ideology takes people like George Washington and Thomas Jefferson and unceremoniously dumps them into our day and time, even though the world they lived in was filled with a unique set of mores.

The culture of our Founders was naturally dissimilar to the one in which we live today. In 1866 J. Ewing Ritchie published the following in a biography: “Nothing is more unfair than to judge [] a statesman of a past day by the light of the present.” To pick up these men and plunk them down in the 21st century is not merely unjust; it borders on the ridiculous. Worse, it is harmful to civil society.

In placing all people and their actions into a contemporary framework, we become a nation slowly succumbing to dementia. Health experts define dementia as a “collective term used to describe various symptoms of cognitive decline, such as forgetfulness. Dementia is not a single disease, but a general term to describe symptoms of impairment in memory, communication, and thinking.”

It is impossible to learn from the past if we are ignorant of it. Airbrushing out the parts of history we don’t like may serve to erase the past, but it won’t change what happened. On a personal level, if a husband tells his wife with dementia to look both ways before crossing the street in the morning, she is unlikely to remember this in the evening. That’s a problem when she finds herself at the next street corner because the warnings she’s been given have been erased. Thus, the chances of her being smashed to smithereens by an oncoming SUV are quite good.

Likewise, if we say that understanding the past is of no benefit to our collective memory as a nation, we are setting ourselves up for a mighty fall.

This contemporary myopia is exacerbated through the widespread use of social media, a political climate that includes constant elections and the 24/7 news cycle. When one is so caught up in the present, it becomes an arduous task to recognize the worth of the past. 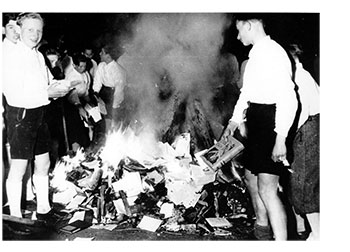 Many Americans have yet to openly say that presentism takes root in the soil of ignorance. Assessing the actions of Julius Caesar, Napoleon, or even General George Patton by today’s standards can only be labeled a fool’s errand. This myopic short-termism renders the past useless, and removes the opportunity for the U.S. to forge ahead. Without the benefit of taking the time to understand our past mistakes, we are bound to repeat them.

It must be mentioned that the zeal in which the anarchists are toppling American historic statuary is reminiscent of the images of piles of books being thrown into a burning heap back in the bad old days of the rising Third Reich. That didn’t end too well, now did it?

Judging historical figures through a contemporary lens may be a natural human behavior. In 1739, Scottish philosopher David Hume wrote, “men are not able radically to cure, either in themselves or others, that narrowness of soul, which makes them prefer the present to the remote.”  However, just because something is natural doesn’t make it beneficial. This radically narrow view of history must be opposed and combatted at every turn. Any way you cut it, it’s time for those who can think beyond one step to speak up.

The Kick Them All Out Project
https://kickthemallout.com/article.php/The_Many_Evils_of_Presentism