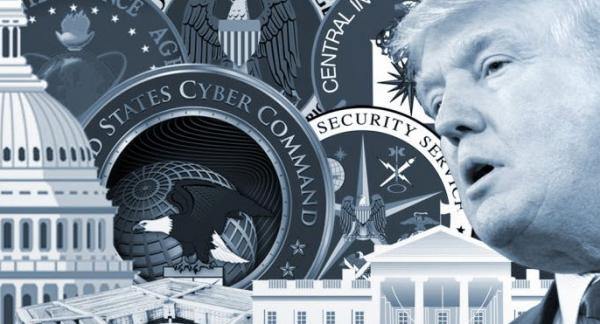 It was the Holy Grail of #TheResistance, the smoking gun they had been desperately searching for, solid evidence that Trump had colluded with the Russians to steal the presidency from its rightful owner: an email written and sent before WikiLeaks published the DNC material directing Trump’s attention to the data dump and even offering an “encryption key,” whatever that may be, so he could get a jump start on the news cycle.

Except it wasn’t true.

CNN, which initially reported the story, had the date of the email wrong: a 14 had somehow morphed into a 4. It turns out that CNN had never actually seen the email, but only had it described by “multiple sources.” CBS ran a story supposedly “confirming” the provenance of the incriminating email, and MSNBC followed suit with former Los Angeles Times national security reporter Ken Dilanian, whose reputation as a mouthpiece for the CIA is well-earned: Dilanian went on the air endorsing the story and tying it into the by now elaborate conspiracy theories that preoccupy #TheResistance.

Of course it was the purest coincidence that no less than three major media outlets got the Trump email story wrong. Yes, those “multiple sources” sure were busy.

It’s absurd to think that this episode is a case of simply getting it wrong: this was undoubtedly a deliberate lie, planted in the media by the same rogue “intelligence community” that invented Russia-gate. It didn’t matter that the truth would eventually come out: look at how many times the original story was tweeted and retweeted over social media, and then consider how many people don’t know it’s been debunked.

It seems like years since the Russia-gate investigation was launched, amid predictions of Trump’s imminent doom. So what have they come up with so far? Enough evidence of foreign meddling in American politics to drive the Podesta Group out of business. Mike Flynn is in trouble not because of his Russia contacts but due to his lobbying on behalf of Turkey while in office. Of the many Russia-is-after-us stories that have come down the pipeline recently, a good many have been debunked.

In short, Russia-gate is getting old, and going nowhere. It needed a jolt to kick it back into life again, and who cares what’s true and what isn’t? The point of circulating a lie, even a debunked one, is to normalize the inconceivable. A coup against the President? Why not? Violence directed at his supporters? Oh, it’s a moral obligation. War propagandists don’t need fact-checkers, and this is a war we’re in. We’re all living on a battlefield as the struggle for power goes on around us and our intelligence community – or at least the leadership – conducts open warfare against the President.

We’ve seen the same pattern unfold abroad, as the CIA and its ancillary organizations undertook regime change operations in countries throughout the world. Remember the “color revolutions” of the Bush II era? Or look at what happened in Ukraine, where the elected president was driven out of office by a CIA-bought-and-paid-for mob. They hope to replicate their Ukrainian success in the US.

Is it really necessary to explain why this is a deadly threat to the Constitution, the rule of law, and everything we stand for as a nation?

Are we to be turned into some Third World banana republic, with coups, counter-coups, and a political police answerable to no one?

The repeal of the Smith-Mundt Act of 1948, which forbade the CIA from carrying out actions designed to influence US domestic opinion, was justified by officials on the grounds that these limits prevented them from doing their job. Of course, if we had known that they considered it their job to pick and choose who can be President, perhaps Smith-Mundt would still be intact. As it is now, our spooks can use government resources to push their political agenda, and rest assured they have one: they are a de facto political party as well as a welter of government agencies.

Particularly frightening is the politicization of the FBI, which seems to have become a bludgeon in the hands of the President’s enemies. Their involvement with the Trump “dossier,” their refusal to hand over key documents to congressional oversight committees, not to mention the bizarre grandstanding of former FBI director James Comey – all point to a worrisome partisanship that has somehow infiltrated US law enforcement and called into question the integrity of our entire legal system.

We have given these people access to our most private information: they have a “legal” mandate to invade our privacy at will. We’ve given them unlimited resources, although nobody knows how much they really spend. We’ve allowed them to roam the earth, overthrowing governments, assassinating opponents, and engaging in dirty tricks that we’ll never even know about. So the question isn’t “How did they get to the point where they can conceivably pull off a coup?” – it’s “Why didn’t this happen sooner?”

We are facing a mortal threat to our republic, to our liberties, and to the future of democracy in America, and it’s not coming from overseas. The danger is coming from within our own government – the permanent national security bureaucracy, which was never elected by anyone to anything, and is now determined to impose its will on a country that voted the “wrong” way.

The Kick Them All Out Project
https://kickthemallout.com/article.php/The_Enemy_Within-The_Intelligence_Community