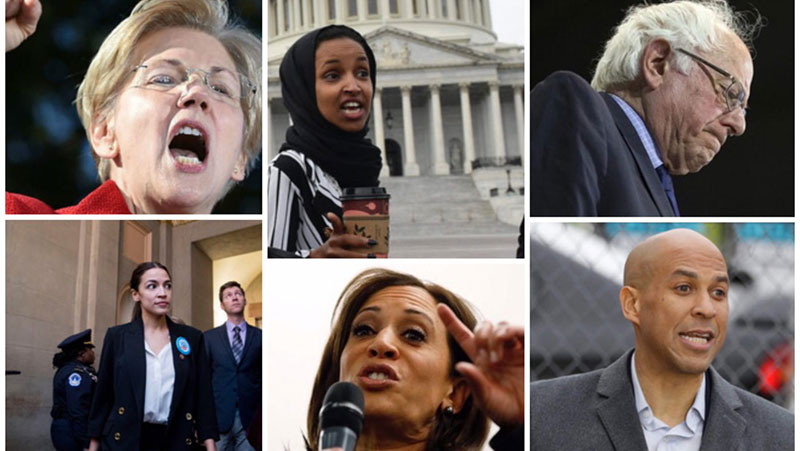 
One of my pet peeves is that words actually have meanings and people tend to misuse them all the time. The Progressive Left are masters of this, actually changing the meaning of words to fit their narrative. For example, Planned Parenthood provides “women’s healthcare”. No, they don’t. They perform abortions.


Now for a truly maddening misuse of language. When folks on the political right call Democrats and their grassroots activists “liberals”. It is even worse when Democrats refer to themselves using that term. In reality, nothing could be further from the truth. It needs to stop.

The political left has evolved into a completely illiberal movement. Liberalism throughout European and American history was defined by the hallmarks of free markets, individual property rights, free expression, individual freedom and freedom from unwarranted government intrusion. According to Encyclopedia Britannica:

Liberalism, the political doctrine that takes protecting and enhancing the freedom of the individual to be the central problem of politics. Liberals typically believe that government is necessary to protect individuals from being harmed by others, but they also recognize that government itself can pose a threat to liberty. As the revolutionary American pamphleteer Thomas Paine expressed it in “Common Sense” (1776), government is at best “a necessary evil.” Laws, judges, and police are needed to secure the individual’s life and liberty, but their coercive power may also be turned against him. The problem, then, is to devise a system that gives government the power necessary to protect individual liberty but also prevents those who govern from abusing that power.Hmmmm. The party of disarming everyone, dumping the Electoral College and tax the rich are the liberals? Of course, they aren’t. What the current iteration of the Democratic party actually espouse are Progressive values and Fabian Socialist principles. Progressives truly see the Constitution as a fluid document and are responsible for genius reforms such as the popular election of Senators and the 16th Amendment which allowed for unbridled Federal taxation.

These moves paved the way for the Fabian dream of crippling the federal system in the United States, centralizing power to a group of folks who are supposedly smarter than you in the central government, and an expansive welfare state. If you have never heard of Fabian Socialism the best description I have seen comes from Jerry Bowyer in his article for Forbes “Barack Obama, Fabian Socialist“ in 2008 (emphasis mine):

Fabians believed in gradual nationalization of the economy through manipulation of the democratic process. Breaking away from the violent revolutionary socialists of their day, they thought that the only real way to effect “fundamental change” and “social justice” was through a mass movement of the working classes presided over by intellectual and cultural elites.

Manipulation of the Democratic process? Do you mean like Stacey Abrams and Andrew Gillum still bellyaching about having their election stolen? Maybe ballot harvesting in California? How about the lunacy of having hormone riddled teenagers vote? Or you could just look at the entirety of HR-1.

They wish to shut down dissent and implement their big government reforms by any means necessary. So just stop referring to the Democrats and their far left grassroots organizations liberals. Look at all the positive connotations associated with the word liberal:

There is nothing positive about the collectivism advocated by the political left unless you are a member of the political or intellectual elite. For the rest of us, it just makes our lives equally crappy.

There is nothing positive about the shaming of large groups of people for their values and ideals because they don’t conform to the secular intersectional dogma that bears strange similarities to a religion for the left. And there is certainly nothing positive about the politics of personal destruction, property damage and violence the political Left endorses and encourages to shut down dissent, intimidate their fellow citizens or force compliance with their agenda.

Let’s look at a really interesting lefty thread from this morning: 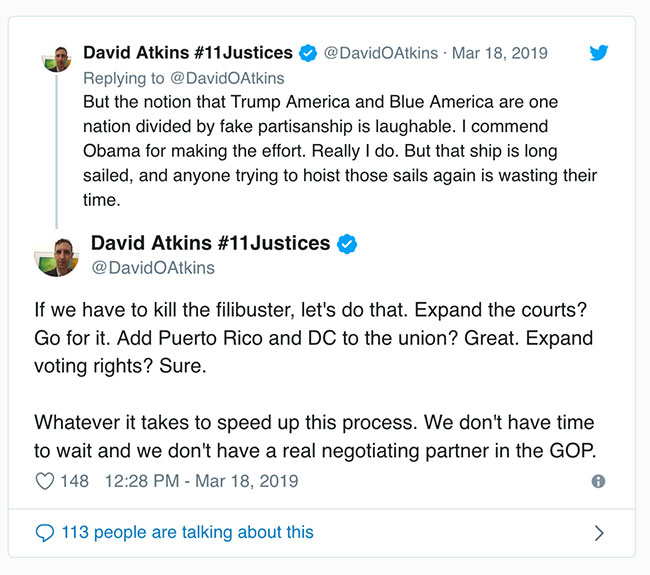 The whole country will be just like California. Oddly, 53% of Californians want to leave that utopian nightmare of straw restrictions and lack of housing. If we make the whole country California, where with the disaffected 53% go?

There is a reason that Debbie Wasserman-Schultz was stumped when she was asked to differentiate between the Democratic Party and Socialists during the Democrat Primary of 2016. Three years ago it was difficult. As of today, there is really no daylight between them at all. You can read my Twitter explanation here, but classical liberals lost the war of ideas in the Democratic party some time ago. And in fact, their central policies now, the Green New Deal, Medicare for All, free college tuition and more, were first proposed by Jill Stein in her 2012 presidential run. Jill Stein.

So let’s finish this. Stop calling them liberal. I call the failed Senate Candidate from Texas Robert Francis. I will now call Democrats and their allies Progressives, the Far Left or Bolsheviks. The last one is actually the most accurate. Much like Bernie calls himself a “Democratic Socialist”, the Bolshevik’s called themselves the Social Democratic party,

At least until they won.

Trackback URL for this entry: https://kickthemallout.com/trackback.php/Stop_Calling_Them_Liberals