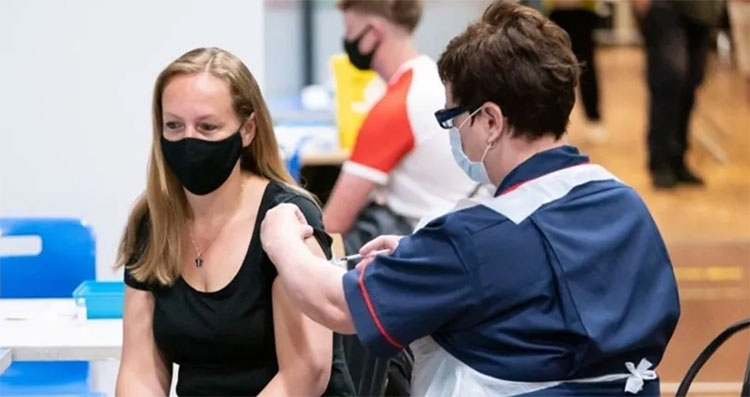 According to government-provided records, nearly a 10th of a percent of Scotland's population has died within 28 days of receiving a Covid-19 shot. 0.1% of the U.S. population would be over 331,000.

A freedom of information request made in Scotland in May yielded a report on the number of people who have died in the nation within 28-days following a Covid-19 injection. The results, delivered June 22nd, are startling.

5,522 people have died shortly after receiving at least one of the Covid-19 “vaccines.” To be fair, that does NOT mean that all of them died as a result of the jabs. In fact, one can assume a large percentage of those deaths had nothing to do with the injections at all. But even if half — and it’s likely much higher — of those deaths were influenced by the experimental drugs, then the number is still astronomical compared to what governments around the world are telling us.

Extrapolating it out, if the same percentages were used in the United States, that would mean over 331,000 people have died within 28-days of receiving a “vaccine” dose. VAERS data reports over 11,000 deaths and their data is assumed to account for between 1%-10% of the actual cases since the vast majority of Americans do not even realize they are supposed to report adverse reactions to vaccines to the national database. Most simply tell their doctors, but most doctors have been instructed not to report to VAERS nor to encourage their patients to do so. With these numbers in mind, the extrapolated estimates based on the Scottish data falls within the range of the extended VAERS data.

Here’s the article by The Daily Expose followed by a bit of commentary below.

5,522 people have died within 28 days of having a Covid-19 Vaccine in Scotland according to Public Health Scotland

Public Health Scotland have revealed that 5,522 people have died within twenty-eight days of having a Covid-19 vaccine within the past 6 months in Scotland alone.

Due to dozens of freedom of information requests being made, asking Public Health Scotland (PHS) to provide the current total number of deaths of any individual who has died within 28 days of having a Covid-19 vaccine, PHS decided the best way forward was to publish the information routinely and periodically within their Covid-19 statistical report.

This equates to an average of 920 deaths occurring every month due to the Covid-19 vaccines in Scotland alone. Outnumbering the average number of people who have died of Covid-19 in Scotland by 866 per month.

A freedom of information request made on the 30th January asked the Scottish Government to reveal the total number of people who had died of Covid-19 since March 2020.

“The answer to your question is 596 deaths involving COVID-19 has been registered where there was no pre-existing medical condition between March 2020 and January 2021 (including).”

Public Health England has so far refused to publish any data on the number of deaths occurring within 28 days of having the vaccine in England, but it is not for the want of people trying.

Dozens of freedom of information requests have been made to PHE asking the question but they never fail to respond with the statement that “Public Health England can confirm it does not hold the information that you have requested.

That number alone is precisely why PHE “claim” they do not hold that information.

Why This Data Is Important

We are on the verge of the “big push” for ubiquitous vaccinations in America. One might think that they’ve been pushing hard already for months, but it’s nothing compared to the full-blown, unhinged attacks on our healthcare freedom that are coming. The Delta Variant is already being used as a stepping stone to blame the unvaccinated for causing the additional harm despite the fact that it’s actually the vaccinated who are far more inclined to be causing mutations.

You may be like me knowing that the only way they will be able to inject me or my family is if they incapacitate me first. But not everyone is as determined to remain jab-free. It’s imperative that we keep those who are on the fence armed with knowledge to fight the massive propaganda campaign we’re seeing before us.

The pressure is coming from government, mainstream media, Big Tech, and the workplace. It’s coming from friends and family. It’s going to be coming from law enforcement in the coming months. Many skeptics will fall prey to the pressure, which is why we must get the word out. They’re suppressing us dramatically (which is why donations are greatly appreciated) so we need the voice of many to help to spread the truth.

It doesn’t take a mathematician to realize that if things are this bad in Scotland, they’re going to be far worse in America with a population over 60-times greater. Spread the truth.

Trackback URL for this entry: https://kickthemallout.com/trackback.php/Scotland_Confirms_5522_Deaths_Within_4_Weeks_of_Vaccination_In_Population_Smaller_Than_Minnesota