Editor's Note: The separation of powers between the branches of gubermint is in serious jeopardy with the judiciary assuming authority it does not have. They claim they ruled this way because they didn't like the reasons given to justify the action taken by the Executive Branch but say "nothing" about what gives the court the authority to demand such a thing. 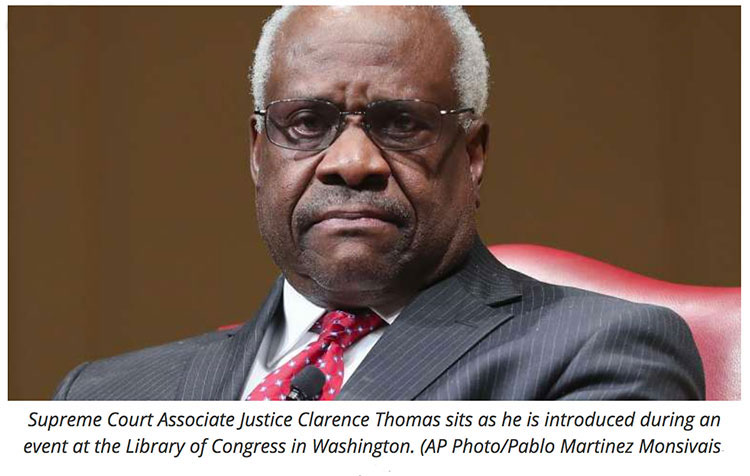 DACA, which stands for Deferred Action for Childhood Arrivals, prevents young people who were brought to the U.S. illegally as children from being deported for a period of time. The program was put in place by former President Barack Obama in 2012.

“Today’s decision must be recognized for what it is: an effort to avoid a politically controversial but legally correct decision,” Thomas wrote in his dissent.

The court ruled 5-4 that the Department of Homeland Security's decision to cancel DACA did not follow proper procedure.

Chief Justice John Roberts wrote the opinion, which states that the department does have the ability to cancel the program. The opinion said the court took issue with the reasons the Trump administration gave for eliminating the program.

"The dispute before the Court is not whether DHS may rescind DACA. All parties agree that it may. The dispute is instead primarily about the procedure the agency followed in doing so,” he wrote, adding the department's decision to terminate the program was "arbitrary and capricious."

Thomas blasted his colleagues for giving the “green light for future political battles to be fought in this Court rather than where they rightfully belong — the political branches.”

"The majority does not even attempt to explain why a court has the authority to scrutinize an agency’s policy reasons for rescinding an unlawful program under the arbitrary and capricious microscope," Thomas said. "The decision to countermand an unlawful agency action is clearly reasonable. So long as the agency’s determination of illegality is sound, our review should be at an end."

He said the majority’s opinion supports the idea that a president is “not only permitted, but required, to continue administering unlawful programs that it inherited from a previous administration.”

Trackback URL for this entry: https://kickthemallout.com/trackback.php/Justice_Thomas_Slams_Collegues_in_DACA_Dissent