Editor's Note: Not sure why, but suddenly even the NY Slimes is telling some truth about this fake pandemic! They are actually highlighting the FACT that people who ARE NOT SICK, do not spread a virus and hence, there is NO LEGITIMATE JUSTIFICATION FOR THESE INSANE LOCKDOWNS AND FORCED FACE MASK ORDERS. 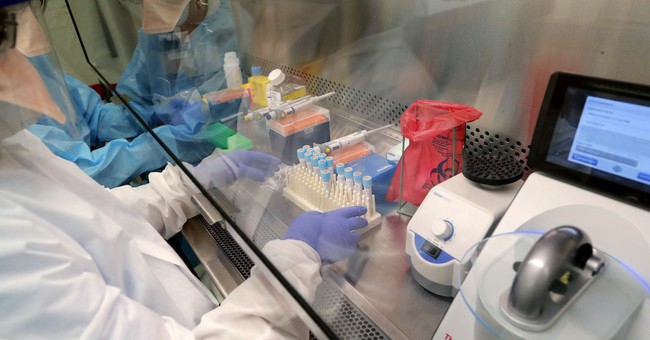 Testing, testing, testing -- that's how Pelosi and the Democrats say we'll defeat the coronavirus. Meanwhile, President Trump and his administration are conducting "operation warp speed" at breakneck pace to develop therapeutics, diagnostics, and a vaccine for the Wuhan flu. Unlike testing, treatments will actually do something for you when you come down sick with the disease. But now we're learning the overwhelming majority of those who have tested positive for the coronavirus should really have been found negative after all.

According to The New York Times, potentially 90 percent of those who have tested positive for COVID-19 have such insignificant amounts of the virus present in their bodies that such individuals do not need to isolate nor are they candidates for contact tracing. Leading public health experts are now concerned that overtesting is responsible for misdiagnosing a huge number of people with harmless amounts of the virus in their systems.

"Most of these people are not likely to be contagious, and identifying them may contribute to bottlenecks that prevent those who are contagious from being found in time," warns The Times.

So, if overtesting is causing "bottlenecks" that keep us from identifying contagious people in time, what does The New York Times believe the solution should be? More testing!

It helps to understand The Times' religious devotion to testing if one understands that Democrats have long-since committed to taking the polar opposite position of whatever President Trump believes. It's a symptom of Trump Derangement Syndrome. If Trump is hopeful about the effectiveness of hydroxychloroquine, then Democrats believe the drug will kill you. If Trump believes we should focus less on testing and more on treatments, Democrats and the media will insist we do nothing but testing and forget about treatments altogether.

This is the state of reference through which The Times can publish an article admitting that overtesting is creating deadly delays while continuing their demand for increased testing. The Times has now modified its call for more testing by saying everyone should specifically get a rapid test, which has a higher threshold for the quantity of the virus needed in order to render a positive result.

"In what may be a step in this direction, the Trump administration announced on Thursday that it would purchase 150 million rapid tests," The Times admitted.

And, once again, Facebook Slaps a False Info cover on the above video
falsely claiming Liz says things she never said or implied in the video.

Trackback URL for this entry: https://kickthemallout.com/trackback.php/It_Looks_Like_90_Percent_of_Positive_COVID_Results_Should_Have_Been_Negative