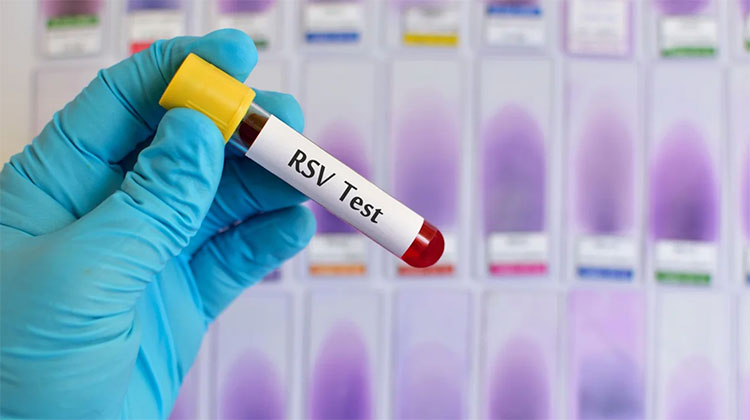 Imagine creating a biological product that not only has negative efficacy and debilitating side effects but actually proliferates other viruses so that the same manufacturer can market its ineffective and dangerous vaccine for the new disease. Well, stop imagining and start observing, because this is exactly what Pfizer and Moderna are doing if we don’t stop them.

Right after the vaccines were released in 2021, there was an unprecedented, out-of-season spike in RSV during the spring. Now, while in season, although on the early side, RSV is filling the hospitals with children all over the country. In October, which is pretty early in the season, one San Diego school suffered a 40% absence rate primarily because of RSV. Dr. Kevin Carney, associate chief medical officer with Children’s Hospital Colorado, reports the number of children coming into the ED with respiratory viruses is “nothing like we’ve seen before,” topping out at 30% higher than the typical peak season, which isn’t until January. So what gives?

While we don’t know for sure, you won’t hear anywhere on the news that Moderna’s own clinical trial for its COVID shot showed it was associated with an increase in RSV. Here is the money quote from Moderna’s trial for babies and toddlers (6-23 months old) (p. 161):

So, it’s plainly stated in Moderna’s trial that the trial participants wound up with more respiratory viruses, pneumonia, and RSV.

In other words, those young children in the vaccine group were four times as likely to get RSV within four weeks of the shot than the placebo group.

This trend continued even for 6- to 11-year-olds who are less susceptible to RSV, which might explain why doctors are seeing funny age groups contracting these respiratory viruses:

Yet despite the second year of anomalous RSV waves, there is no desire to even investigate the vaccines as a potential culprit, just as nobody is investigating the shots as the culprit for infertility, stillbirths, and neonatal deaths. Also, it’s clear that the shots were associated with other respiratory viruses too, which might explain why places in California are experiencing peak levels of flu patients at the ER – even using pop-up tents for overflow – despite still being early in the flu season.

But this is even more sinister, because the same companies are now working on a vaccine for this very virus their first failed shots likely exacerbate. Both Pfizer and Moderna are in phase 3 trials developing mRNA-based RSV shots, including one Moderna shot that will combine coronavirus, flu, and RSV. These are the worst possible platform and the worst possible candidates for vaccines because they are prone to suboptimal antibodies that make people sicker with respiratory viruses. RSV shots have failed in development for 60 years. But now, failure or even danger is not an impediment to unleashing them upon the population and then mandating them as part of the child immunization schedule.

Also, because of the proliferation of the flu this year, possibly because of the COVID shots, Pfizer and Moderna are developing an Omicron/flu combo shot. Famed cardiologist Dr. Peter McCullough is raising red flags on this toxic mix.

“Combining the genetic code for both the SARS-CoV-2 Spike protein and conserved proteins of influenza A and B would mean the installation of the long-lasting genetic code for multiple foreign proteins in the human body,” wrote McCullough at Trial Site News. “Production of these proteins will induce an ongoing multi-pronged immune response which is likely to create amplified side effects, above and beyond each component alone, rendering even greater incapacitation than we have seen with the COVID-19 vaccine alone.”

Typically, when a new technology turns out to be dangerous and a failure, it is immediately discontinued. Yet this one is able to get a promotion to treat the ailments it might be exacerbating!

With Biden emboldened by the election results, the states are the last backstop for safety against mRNA shots. Red-state legislatures have an obligation to place a hold on distribution of all mRNA shots within the states until the safety concerns are addressed. Now that red states have banned abortions, it’s time to ban human experimentation too.

Trackback URL for this entry: https://kickthemallout.com/trackback.php/Horowitz-Create_the_Illness-Mandate_the_Cure-What_is_Causing_the_Explosion_of_RSV