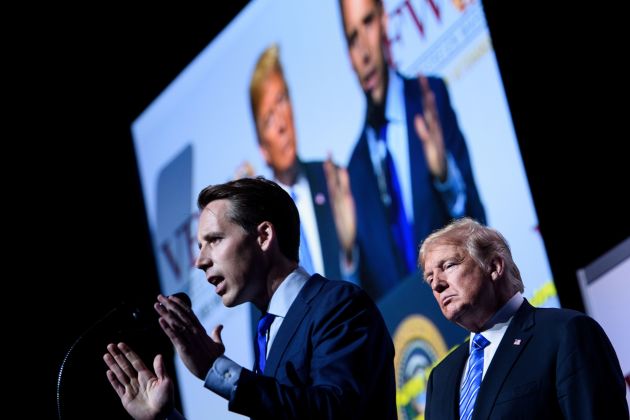 Sen. Josh Hawley, R-Mo., is turning up the heat on an issue that is sure to spark outrage in Silicon Valley.

Hawley, a tech critic, introduced legislation on Wednesday that would remove the immunity big technology companies receive under Section 230 of the Communications Decency Act of 1996. The CDA protects online platforms such as Facebook, Twitter and Google’s YouTube from liability for the content users post. However, companies will be able to earn immunity from the crackdown if they submit to audits every two years to prove their algorithms and content-removal practices are “politically neutral.”

The idea of limiting Section 230 immunity has earned bipartisan support in recent years, as the companies have struggled to keep offensive and illegal content, ranging from terrorist propaganda to foreign-influenced election meddling, off their platforms.

Repealing the immunity provision could force these companies to use an editorial system where every piece of user-posted content would have to be vetted for illegal or libelous material before it’s posted, instead relying on algorithms and human checkers to scan it after it was already online and had a chance to spread to millions of people. This would fundamentally alter the business models of companies that depend on huge volumes of user-generated content, including all the big social networks.

The immunity provision of Hawley’s bill echoes concerns from other politically conservative lawmakers that these platforms are censoring right-wing voices by unfairly removing them from the platform. For instance, Sen. Ted Cruz, R-Texas, hammered Facebook CEO Mark Zuckerberg about alleged political bias during the executive’s testimony before Senate in April 2018.

“With Section 230, tech companies get a sweetheart deal that no other industry enjoys: complete exemption from traditional publisher liability in exchange for providing a forum free of political censorship,” said Hawley. “Unfortunately, and unsurprisingly, big tech has failed to hold up its end of the bargain.”

However, these companies could earn immunity through external audits wherein they would have to prove to the Federal Trade Commission that their algorithms and content-removal practices are “politically neutral.” Immunity certification would require a super-majority vote by the FTC. Companies would have to reapply every two years.

“This legislation simply states that if the tech giants want to keep their government-granted immunity, they must bring transparency and accountability to their editorial processes and prove that they don’t discriminate,” Hawley said.

Proponents of maintaining Section 230 immunity argue that it does not only protect tech companies. The Electronic Frontier Foundation has argued that it also protects traditional media companies for liability for comments that users post on their websites, for instance.

Americans for Prosperity, a policy group funded by the libertarian Koch family, issued a statement this week in anticipation of the bill, saying: “Eroding the crucial protections that exist under Section 230 creates a scenario where government has the ability to police your speech and determine what you can or cannot say online. Senator Hawley has argued that some tech platforms have become too powerful, but legislation like this would only cement the market dominance of today’s largest firms.”

The Internet Association, a lobbying group whose members include Google and Facebook, also criticized the bill.

“This bill forces platforms to make an impossible choice: either host reprehensible, but First Amendment protected speech, or lose legal protections that allow them to moderate illegal content like human trafficking and violent extremism. That shouldn’t be a tradeoff,” said Michael Beckerman, president and CEO of the Internet Association.

Hawley isn’t the only member of Congress calling for a rethinking of Section 230.

In April, House Speaker Nancy Pelosi told Recode’s Kara Swisher that Section 230 “is a gift to them and I don’t think that they are treating it with the respect that they should, and so I think that that could be a question mark and in jeopardy.” These comments came before outrage over videos of Pelosi giving a speech in May were doctored to make her seem intoxicated — videos that Facebook and Twitter refused to to remove.

As recently as this week, Sen. Mark Warner, D-Va., suggested it might be time to take a look at Section 230 to address deep fakes.

“I think we ought to have a debate in this area around content,” Warner said at a Council on Foreign Relations event on Monday

Trackback URL for this entry: https://kickthemallout.com/trackback.php/GOP_Senator_Introduces_A_Bill_That_Would_Blow_Up_Business_Models_For_Facebook_YouTube_and_Other_Tech_Giants