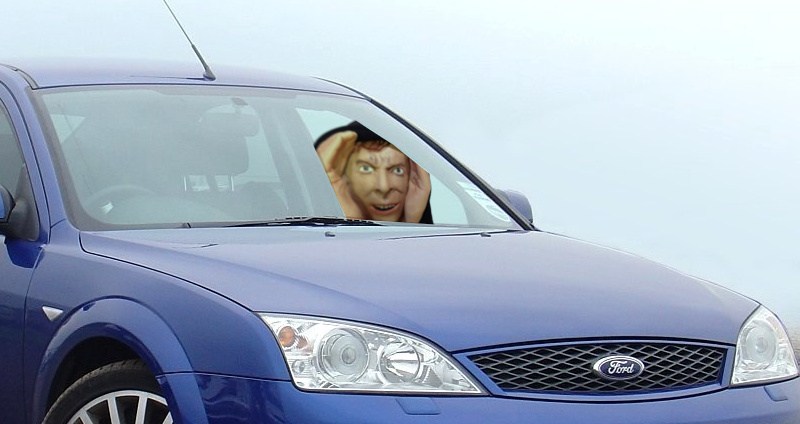 The thing is, this isn't a good strategy. Not only did the drive to build up financial institutions themselves precipitate the financial crisis (tanking Lehman Brothers in the process, and bringing the rest to the brink of extinction, forced to beg for government handouts), but all the real-economy businesses that tried to become financial institutions also collapsed in the crisis: GM converted its making-cars business to a issuing loans business and nearly croaked as a result; ditto GE.

Since then, the extractive model has shown itself to be a loser for businesses do things that people value: Toys R Us was looted into bankruptcy; so was Sears.

But the dream of extractive rentierism still haunts the managerial classes.

Take Ford CEO Jim Hackett, whose recent Freakonomics Radio appearance celebrated his company's shift from a car business to a debt-issuance business, with Ford Credit now accounting for a third of the company's profits. Hackett vowed to increase that share by using the leverage he could exert over his debtors to force them to let him spy on them (for example, by doubling down on GM's car radio surveillance), and then cross-referencing this data on the data borrowers are forced to supply in order to buy their cars, and with data-sets from corporate acquisitions like the scooter company Spin.

It's funny how these real-economy naifs keep getting taken for rides by finance svengalis, who convince them to convert their making-things-people-need businesses to extracting-value-at-loan-point businesses. Every single time, they end up like the bottom tier of a pyramid scheme, emptying their pockets to benefit the con-artists who kicked the whole business off.

For the CEO of Ford to announce that he will goose his company's debt business with a surveillance business at the exact moment that the world's biggest debt issuers and surveillance businesses are coming under tight scrutiny and fretting about massive regulation as they head into another 2008-grade crisis is pretty perfect rustbelt timing. Welcome to the bottom of the pyramid, Ford. Your financial betters will be along shortly to get rich off of your touching enthusiasm and trust.

“We have 100 million people in vehicles today that are sitting in Ford blue-oval vehicles. That’s the case for monetizing opportunity versus an upstart who maybe has, I don’t know, what, they got 120, or 200,000 vehicles in place now. And so just compare the two stacks: Which one would you like to have the data from?” Hackett said, according to the podcast transcript.

“The issue in the vehicle, see, is: We already know and have data on our customers. By the way, we protect this securely; they trust us,” Hackett said. “We know what people make. How do we know that? It’s because they borrow money from us. And when you ask somebody what they make, we know where they work, you know. We know if they’re married. We know how long they’ve lived in their house because these are all on the credit applications. We’ve never ever been challenged on how we use that. And that’s the leverage we got here with the data.”

Trackback URL for this entry: http://kickthemallout.com/trackback.php/Ford_CEO_Admits_That_The_Car_of_the_Future_Is_A_Surveillance_Device_That_You_Pay_To_Spy_ON_You