Editor's Note:  This story is from back in January but it's being posted here today as an important reminder about the how virulent the swamp creatures are in the DOJ.  Seditious traitors at the highest levels. 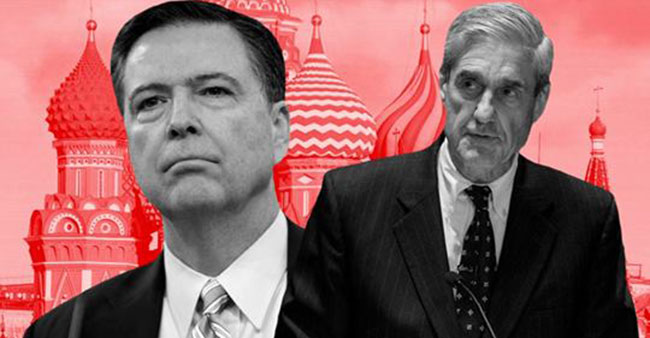 A high-ranking FBI official confirms a number of the missing 50,000 FBI text messages — as well as other text and email messages among FBI brass — reportedly discussed initiating physical harm to President Donald Trump.

The FBI official urged the U.S. Department of Homeland Security — which oversees the U.S. Secret Service  — to launch an investigation of the Justice Department, the FBI and all text messages missing and otherwise that threatened the President.

“This is dangerous territory and all FBI text messages and personal phones should be examined,” the official said. “It would reveal some frightening conversations.”

Did FBI brass discuss the assassination of President Donald Trump? If not, what was the nature of the threats against the president from inside the alleged premiere law enforcement agency in the United States?

“(Director) Wray wants a lid on this,” the FBI official said. “Many know there was talk of harming Trump politically but there is a group here (in D.C. HQ) that understands it goes deeper. We need a special counsel or Homeland Security. Somebody has to clean this up outside of DOJ. It is unacceptable.

This is much larger than just texts between two FBI agents.

The FBI official called on President Trump to do what is necessary to weed out corruption in the FBI.

“Text messages just don’t disappear,” the FBI official said. “Not here. Someone outside DOJ has to look at all emails and texts. These (FBI bosses) are bad people. You’ve only scratched the surface.”

The high-ranking FBI official called on lawmakers and the Inspector General to focus on the text and email messages of FBI Deputy Director Andrew McCabe. The official referred to McCabe’s official and personal correspondences “an anti-Trump treasure trove.”

From that True Pundit Exclusive:

McCabe, the second highest ranking FBI official, emphatically declared at the invite-only gathering with raised voice: “Fuck Flynn and then we Fuck Trump,” according to direct sources. Many of his top lieutenants applauded and cheered such rhetoric. A scattered few did not.

This was one of several such meetings held in seclusion among key FBI leaders since Trump was elected president, FBI sources confirm. At the congregation where McCabe went off the political rails and vowed to destroy Flynn and Trump, there were as many as 16 top FBI officials, inside intelligence sources said. No lower-level agents or support personnel were present.

If you are among the millions of Americans who have pondered in recent months whether the Obama-era “Deep State” intelligence apparatus and FBI are working for or against Trump, this is the first definitive proof that the country’s once-premiere law enforcement agency has gone rogue.

The non-elected hierarchy that steer the FBI have declared war on President Trump and his White House inner circle. Make no mistake.

Flynn has since been indicted and plead guilty to a charge of lying to the FBI from an investigation supervised by McCabe after a FBI interview conducted by Peter Strzok, one of the agents busted sending anti-Trump texts. And Trump remains under investigation by U.S. Special Counsel Robert Mueller, a figure linked to several conflicts of interest in the case including prior deals with McCabe.

As reported yesterday in True Pundit, members of the FBI and Justice Department’s top brass at their Washington D.C.headquarters and other field offices are now using burner phones to stay under the radar of federal investigators and lawmakers, according to FBI insiders.

The shocking revelations come on the heels of news that the FBI deleted thousands of text messages between anti-Trump FBI agents before investigators could review their content.

While that is disturbing on one level, FBI and DOJ hierarchy employing the telecom habits of drug cartel bosses reaches a new low for the once-heralded federal law enforcement agency and the DOJ. And breaks federal laws as well.

The FBI “failed to preserve” five months worth of text messages exchanged between Peter Strzok and Lisa Page, the two FBI employees who made pro-Clinton and anti-Trump comments while working on the Clinton email and the Russia collusion investigations.

And now more text messages are missing from more FBI agents, according to the Justice Department.

Per The Hill yesterday, Attorney General Jeff Sessions on Monday announced the Justice Department will investigate missing text messages sent between two FBI agents critical of President Trump, joining the chorus of Republican lawmakers who are eager to recover the exchange.

GOP officials have seized on the messages as evidence of FBI bias against Trump in the probes into Russian election meddling and Hillary Clinton‘s use of a private email server as secretary of State.

“We will leave no stone unturned to confirm with certainty why these text messages are not now available to be produced and will use every technology available to determine whether the missing messages are recoverable from another source,” Sessions said in a statement.

Trackback URL for this entry: https://kickthemallout.com/trackback.php/FBI_Official-FBI_Agents_Threatened_Physical_Harm_To_President_Trump_In_Missing_FBI_Texts