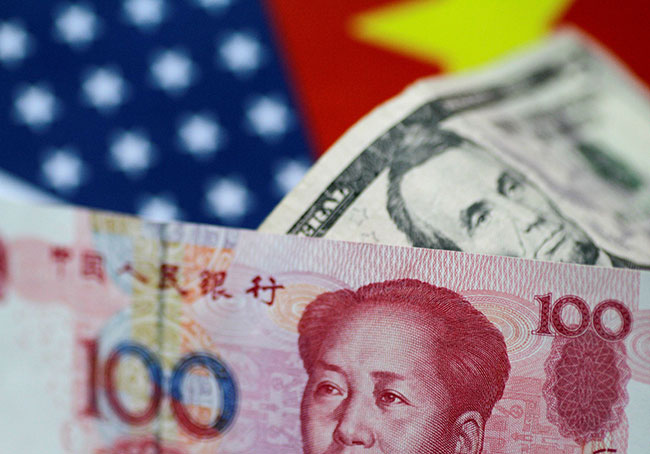 President Trump didn’t start a trade war with China – he’s trying to end and win the trade war that China launched against the U.S. As the president has frequently pointed out, the Chinese have been undermining the world trade system for years, and no country has been hurt more by China’s unfair actions than America.

America’s trade deficit with China  is so large it almost defies comprehension. Since 2012, our yearly deficit in the trade of goods with China has consistently topped $300 billion. Last year, it was over $375.5 billion. In the first five months of this year it topped $150 billion.

A primary reason for this imbalance is that the Chinese have been blocking American manufacturers and food producers for years through discriminatory trade rules and prohibitively expensive import tariffs designed to keep U.S. products out of its domestic markets.

It’s not that American firms are unable to compete with Chinese companies. Rather, it’s because China systematically takes measures to protect its industries and businesses from having to compete with American companies on a level playing field.

The Chinese government gives huge subsidies to its own firms and excludes foreign companies from doing business in China. It regulates foreign firms unfairly, blocks imports through dishonest health and safety rules, and creates China-specific standards to prevent market entry.

No one (outside of Chinese officials) denies any of this. In March, the U.S.-China Economic and Security Review Commission – a bipartisan congressional advisory body – published a list of 10 ways China cheats on trade called “China’s Technonationalism Toolbox.”

Even Democrats recognize the importance of President Trump’s trade sanctions on China.

“We're now told that this is Trump's trade war,” Rep. Brad Sherman, D-Calif., said during a Foreign Affairs subcommittee hearing earlier this month. “No, China declared (a) trade war on the United States 18 years ago,” he continued, referring to the decision to normalize trade relations with China in 2000.

“I have to say, when President Trump says he's putting tariffs on the table, I think tariffs are one part of reworking our trade policy overall," Warren told CNN in March.

Because presidents before him avoided doing what was necessary to balance our trade relations with China, President Trump has to fight a trade war not of his own making. Fortunately for American workers, manufacturers and exporters, the president is fighting back against China and other nations that have been ripping off America for decades.

This will be a difficult struggle, because other nations are unwilling to give up the benefits of unfair trade. They will test President Trump’s resolve, particularly as we approach the midterm elections in November. But thanks to President Trump’s leadership, we are beginning to see that this is a war we can win.

In May, China agreed to slash car tariffs and import more American-made products due to President Trump’s tough negotiating skills.

Free trade requires fair trade, based on a common set of mutually beneficial rules. We finally have a president willing to take the actions necessary to put a stop to Chinese cheating and to protect America’s national interests.

Trackback URL for this entry: https://kickthemallout.com/trackback.php/China_Started_The_Trade_War-Trump_Is_Just_Trying_To_End_It