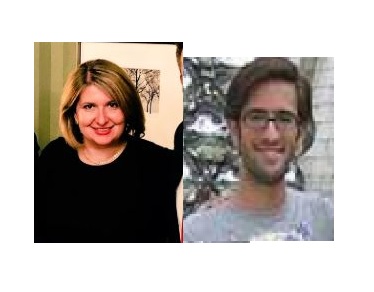 The Mueller special counsel was created based on a bogus dossier with connections back to the Ukraine.

As we reported in December 2018, Ukrainian official Andrii Telizhenko was approached by DNC operative Alexandra Chalupa in early 2016.  Chalupa wanted dirt on candidate Trump and his campaign manager Paul Manafort.  The Ukrainian embassy in Washington DC worked CLOSELY with the DNC operative Chalupa.

Alexandra Chalupa was apparently hired by the DNC going as far back as 2013.  According to Politico, shortly before the election:

A daughter of Ukrainian immigrants who maintains strong ties to the Ukrainian-American diaspora and the U.S. Embassy in Ukraine, Chalupa, a lawyer by training, in 2014 was doing pro bono work for another client interested in the Ukrainian crisis and began researching Manafort’s role in Yanukovych’s rise, as well as his ties to the pro-Russian oligarchs who funded Yanukovych’s political party.”

According to Politico, Chalupa claimed that in October of 2015 she began investigating Trump’s ties to Russia. Why she began this investigation is completely unknown.  The only thing of significance that had happened at this point was that Trump announced he was running for office. There was no apparent triggering event. Candidate Trump had very limited contact with Russia or Russia businessmen.

Lying Adam Schiff’s dungeon impeachment sham is based on this exact same scenario.  President Trump asked the Ukraine’s newly elected leader to look into the beginnings of the Russia Witchhunt in the Ukraine.  Liberal Democrats believe this is a crime even though their bogus Mueller investigation started based on the exact same bogus actions tied to the Ukraine and Chalupa.

And now we know that the CIA “whistleblower” Eric Ciaramella worked with Chalupa in the creation of the Trump-Russia hoax.

And Ciaramella worked with a Democratic National Committee operative who dug up dirt on the Trump campaign during the 2016 election, inviting her into the White House for meetings, former White House colleagues said. The operative, Alexandra Chalupa, a Ukrainian-American who supported Hillary Clinton, led an effort to link the Republican campaign to the Russian government. “He knows her. He had her in the White House,” said one former co-worker, who requested anonymity to discuss the sensitive matter.

Documents confirm the DNC opposition researcher attended at least one White House meeting with Ciaramella in November 2015. She visited the White House with a number of Ukrainian officials lobbying the Obama administration for aid for Ukraine.

With Ciaramella’s name long under wraps, interest in the intelligence analyst has become so high that a handful of former colleagues have compiled a roughly 40-page research dossier on him. A classified version of the document is circulating on Capitol Hill, and briefings have been conducted based on it. One briefed Republican has been planning to unmask the whistleblower in a speech on the House floor.

The Kick Them All Out Project
https://kickthemallout.com/article.php/CIA_Whistleblower_Eric_Ciaramella_Worked_with_DNC_Operative_Alexandera_Chalupa_In_Creation_of_Trump-Russia_Collusion_Hoax