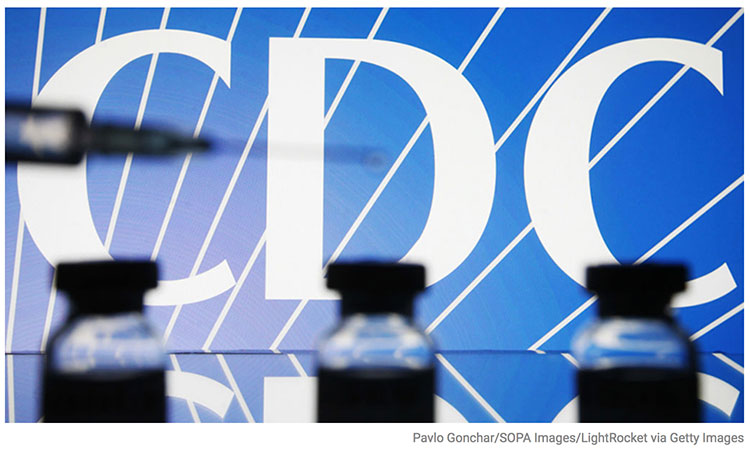 CDC Officials Admit Agency Has Withheld Critical Covid Information From the Public, Including Data About Breakthrough Infections, Over Fears of “Vaccine Hesitancy”

The New York Times reported this past weekend that the CDC has chosen not to publish huge amounts of COVID data, instead keeping it secret, because it fears that the information would cause ‘vaccine hesitancy’ among the American public.

The report notes that the withheld data includes information on boosters, hospitalizations, wastewater analyses, as well as critical information on COVID infections and deaths broken down by age, race, and vaccination status.

The justification for holding the information back?  Fears that the data would be “misinterpreted” and lead to “vaccine hesitancy,” according to the report.

In other words, it didn’t fit into the narrative that everyone must get vaccinated and boosted no matter who they are and what their situation is.

The CDC’s response when questioned about their withholding of Covid data and lack of transparency is essentially “we don’t trust you to be able to understand the truth.”

The condescension is palpable. The wheels are finally coming off. https://t.co/74ScUienhs

“Kristen Nordlund, a spokeswoman for the C.D.C., said the agency has been slow to release the different streams of data “because basically, at the end of the day, it’s not yet ready for prime time.” She said the agency’s “priority when gathering any data is to ensure that it’s accurate and actionable.”

Ahhh, the plebs are not ready to know the truth.

Another reason is fear that the information might be misinterpreted, Ms. Nordlund said.”

The data has been withheld for more than a year, the report notes:

…the C.D.C. has been routinely collecting information since the Covid vaccines were first rolled out last year, according to a federal official familiar with the effort. The agency has been reluctant to make those figures public, the official said, because they might be misinterpreted as the vaccines being ineffective.

They instead replaced providing DATA w an arrogant bullet-point paragraph that they'll be the ones to privately monitor breakthroughs but to trust them that the vaccine works. They then killed their most recent data snap & VAGUELY show month-old dataset (w 34 states removed!)..🇺🇸 pic.twitter.com/aOkvBic8oR

CDC wants us to follow the science, or at least the limited science they choose to release.

As we have previously reported, CDC director Rochelle Walensky admits that the agency’s guidance on COVID has been based on what the government perceived people would accept.

“It really had a lot to do with what we thought people would be able to tolerate,” Walensky starkly admitted during an interview in December.

CNN's @kaitlancollins: "It sounds like this decision had just as much to do with business as it did the science."@CDCDirector Dr. Rochelle Walensky: "It really had a lot to do with what we thought people would be able to tolerate." pic.twitter.com/Ek3X3S7Q9S

Walensky also acknowledged for only the first time last month that over 75% of COVID deaths were people “who had at least four comorbidities” and were “unwell to begin with.”

The CDC director just said over 75% of “covid deaths” occurred in people with at least four comorbidities. Since Biden can’t shut down covid, suddenly all this data is getting shared publicly. pic.twitter.com/NKvproy3lx

The comments were later edited by the media to make it seem like there have been fewer deaths related to comorbidities.

The CDC also for more than two years based its guidance on PCR tests, which it recently admitted are producing massive amounts of false positives.

Trackback URL for this entry: https://kickthemallout.com/trackback.php/CDC_Has_Withheld_COVID_Data_From_Americans_To_Prevent_Vaccine_Hesitency