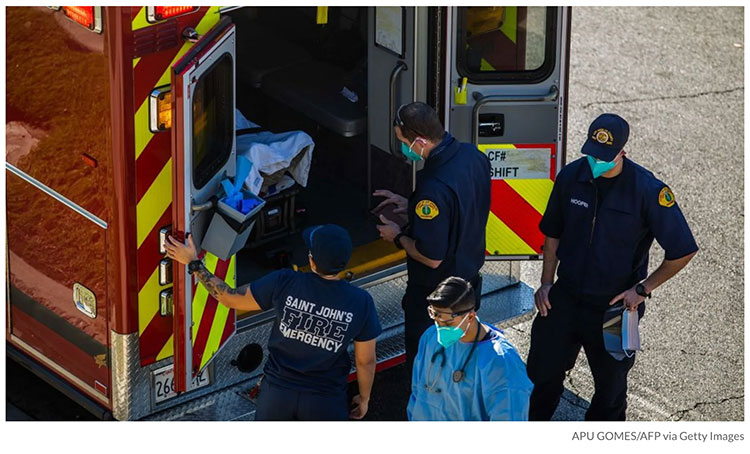 Amid COVID-19 and lockdowns, the number of emergency room visits for suspected suicide attempts rose by 51% among teenage girls.

According to data released by the Centers for Disease Control and Prevention, hospitals observed massive increases over the past year in the number of young people attempting suicide.

As the agency reports:

During 2020, the proportion of mental health-related emergency department (ED) visits among adolescents aged 12–17 years increased 31% compared with that during 2019.

Although the number of suspected suicide attempts dropped between spring 2019 and spring 2020, the rates began to drastically increase at the onset of COVID-19 and subsequent government lockdowns.

Many lawmakers pointed to school shutdowns as a cause for rising mental health problems.

“The medical evidence is clear that keeping public schools closed is catalyzing a mental health crisis among school-aged children in San Francisco,” explained Dr. Jeanne Noble, director of COVID Response for the UCSF Emergency Department, in the lawsuit.

The trend existed throughout the United States. In December, sixteen-year-old Spencer Smith in Maine committed suicide after feeling like he was “locked in the house.”

“As soon as he found out it wasn’t going to be a regular football season, looking back, we noticed he stopped working out,” Spencer’s father told local news. “He stopped riding his bike as much to the point he didn’t even work out anymore. Instead of working out, he took naps. Thinking back, the last few months, we realized we missed catching the signs that things were getting worse for him. It wasn’t the same type of practice because they had to social distance. He didn’t like that part of it.”

“This remote learning is crap. I just lost a son because he couldn’t be with his friends,” wrote Spencer’s mother on social media. “He was trapped in the house. He felt like he lost his friends and had a hard time with his school work. He felt he had no future. He hated what society was becoming. So he took the easy way out. Parents, please take everything your kids are saying seriously. Give them a huge hug and don’t let go. You never know if it will be the last time. This house is so quiet now. I would give anything to have the noise back.”

Trackback URL for this entry: https://kickthemallout.com/trackback.php/As_Many_Schools_Remain_Closed_Suicide-Related_ER_Visits_Rise_by_51_Percent_Among_Teenage_Girls